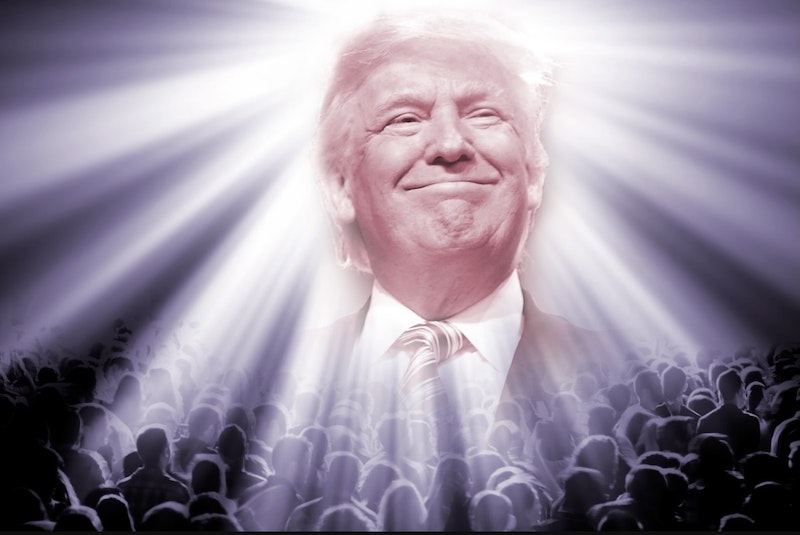 What do David Koresh, Marshall Applewhite and Jim Jones have in common? They were infamous leaders whose deaths effectively killed off their infamous cults. Some followers survived and a few might’ve tried to soldier on. But they were adrift at sea with no commander. As a result their eyes were pried open by a faith-shattering wakeup call. Today, it’s looking like the same thing is happening to the cult called American politics.

We had the cult of Barack Obama for eight years. And for four years we had the cult of Donald Trump. Two figureheads with acolytes who believed their deity could do no wrong despite evidence to the contrary. Blind faith kept Democrats and leftists from admitting phrases like “Deporter-In-Chief,” were accurate.They also ignored inconvenient truths about Obama’s terrible human rights record. Unless you think dropping more than 26,000 bombs on foreign soil in one year is a benevolent gesture. And that’s to say nothing of our civil liberties when it came to abusing NSA intelligence. The followers overlooked the bad deeds and focused on the positives. He passed the Affordable Healthcare Act. And bailed out the auto industry. And repealed “Don’t ask, don’t tell.”

Meanwhile on the right, or whatever new mutant party Trump created solely with his billionaire hands, the believers were no less evangelical, despite evidence to the contrary that Trump had flaws, not the least of which were an outsized ego and penchant for revenge. For every inarguable landmark moment like normalizing Arab relationships with Israel, reforming NAFTA, withdrawing troops from George W. Bush’s quagmire in Afghanistan, while simultaneously establishing a future-forward new branch of the military meant for space, his attitude, zealous nationalism, impeachment, and consistent downplaying of COVID-19 were similar transgressions. Unlike Obama’s adherents, who largely chose to ignore the misdeeds, Trump’s followers curiously embraced them. In their minds, every supposed blunder was actually a success. And every political or media hit against their figurehead only made him stronger.

Even now, some are keeping the faith, still holding out hope that Trump’s mastery will reinstate him to his rightful second term. They sit waiting, sometimes patiently and sometimes with frustration. And while no one is exactly on their knees praying for an Obama third term like the resurrection of FDR, many share a wistful nostalgia for the rose-colored past, as if recalling an old-time Christian revivalist movement.

Joe Biden should’ve been the natural successor to Obama, even more so than Hillary Clinton. Beyond riding celestial coattails, Biden has always appeared as a political moderate careerist who spent a half-century doing not much of anything remarkable, but also not doing anything drastic either. Now, he’s a necessary lemon sorbet palette cleanser after four years of Trump’s smorgasbord of chaos.

Yet we aren’t even a month into Biden’s first term and the feeling of buyer’s remorse among what should’ve been his most ardent voter class followers is as instantaneous as it is vociferously expressed. Corporate media pundits are doing their best to wax poetic, but the public isn’t buying it. It’s as if the new converts got deprogrammed before they were even fully initiated because Biden isn’t acting the way they expected.

I’ve watched this transpire on Twitter. Shock and dismay emanating from voters, activists and pro-union accounts alike who can’t believe from day one that Biden has dashed their expectations against their rock of false hope. It’s not something they can explain away or ignore.

With one stroke of a pen, Biden wiped out tens of thousands of jobs by cancelling the Keystone XL pipeline. Which is exactly what he said he’d do. He also pledged to end fracking on federal land, and did so, a move that has upset Native-American tribes.The Biden doctrine was made plain before anyone cast a ballot. And yet people chose not to see or hear it until it happened. And then all hell broke loose.

I hope this is the beginning of a new movement where people finally realize no political leader is worth following like a disciple, and that one should beware of false prophets, especially when they’re so obvious. It’s not a great awakening, so much as a rude awakening.