No to a Trump Third Party

Put the 45th President and his associates out to pasture—they're done. 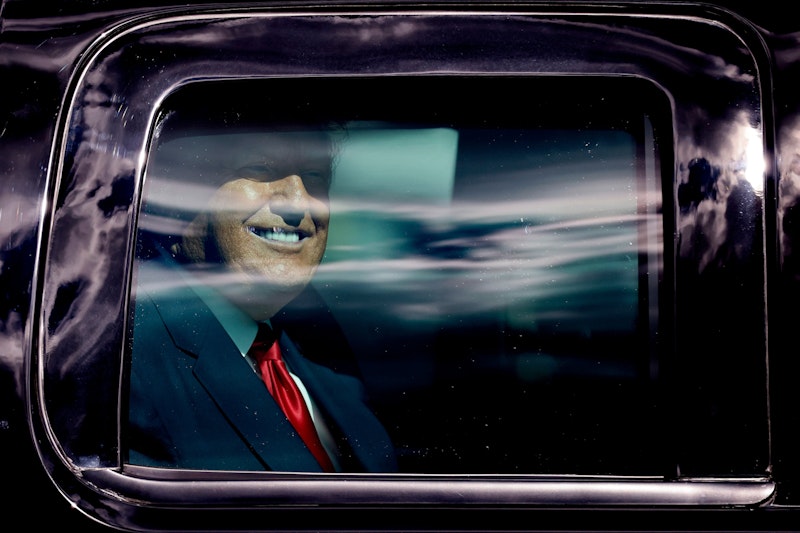 Will Donald Trump start a third party? There have been news reports over the past week saying that Trump has discussed the possibility. Since Trump was previously a member of the Reform Party (and the Democratic Party), has had a lot of weird business ventures, and said he may run third party during the 2016 presidential election cycle if didn’t win the Republican Party nomination, the report sounds believable.

It’s a terrible idea. There’s definitely room for third parties in the United States if done correctly, but the “Patriot Party” isn’t it. The Party would likely focus on national elections where the winner is almost always a Democrat or a Republican. If you’re a Democrat, this is a fantastic idea because Trump’s party could fracture the Right. That’s the obvious flaw, but there are several more.

If the goal of the party is governance, then it makes no sense for Trump to be a member of a different party. He was just president for four years and the results probably weren’t much different than, say, a hypothetical Ted Cruz presidency. Trump cut taxes with corporations receiving the biggest break; he used executive power to strengthen the U.S.-Mexico border wall; and he appointed three conservative justices to the Supreme Court. Cruz voted with Trump more than 92 percent of the time, according to FiveThirtyEight. Cruz might not have started a trade war with China or made Christmas Eve a federal holiday, but they’re similar enough to be in the same party. Senate Minority Leader Mitch McConnell voted with Trump more than 91 percent of the time.

Who would Trump attract to a third party? Jared Kushner? The recently-pardoned Steve Bannon? Conspiracy theorist Lin Wood? Stephen Miller? QAnon supporters? Trump’s party could make people and issues less popular. Before Trump ran for president, 46 percent of Americans wanted a U.S.-Mexico border wall, although the figure dropped to 36 percent in 2016. Since Trump was for it and people dislike Trump, he partially toxified the issue. The Democratic Party backing away from a physical barrier also didn’t help.

There’s room for a socially conservative, economically moderate right-wing third party in to voters neither party represents. The type of voter who supports E-Verify and wants to make English the official language of the United States, but supports a higher minimum wage. It could also be the voter who wants to ban elective abortion after the first trimester and doesn’t want trans kids who identify as girls competing against girls in high school sports, but also wouldn’t mind a free college program. In my state of Massachusetts, we get Republicans who do the opposite.

The right way to build up a part is to run in state and local elections and exemplify competent governance to the community. In 2019, Boston had a conservative on its city council, a black trans woman named Althea Garrison, because the rules stated that the fifth-place finisher for the at-large spot would take office when Ayanna Pressley resigned to take a seat in Congress. Weird things happen, and it’s possible to win seats in places one might not expect. Parties can also lose easily when they don’t have that local connection. In 2020, the Massachusetts Democratic Party flipped three seats in the state legislature in races where the GOP ran people who’d never held elected office against a state rep, selectman, and a school board member/former teacher’s union head.

The Libertarian Party could make some progress if it had a greater focus on local issues. In Massachusetts, fireworks are illegal, lobstering and crab fishing aren’t year-round affairs (giving the invasive green crab more time to spawn), you need a government-issued license to be a fortune teller, some politicians dislike ridesharing services like Uber and Lyft, only disabled people can hunt with crossbows, deck permits exist, many towns don’t allow accessory dwelling units and have restrictive zoning laws, and corporate welfare still exists.

The Libertarian Party, though unsuccessful in the past, is at least serious, if disorganized. Trump’s possible Patriot Party smacks of dwindling hero-worship.