Running press releases written by the staffs of politicians and celebrities is not journalism. 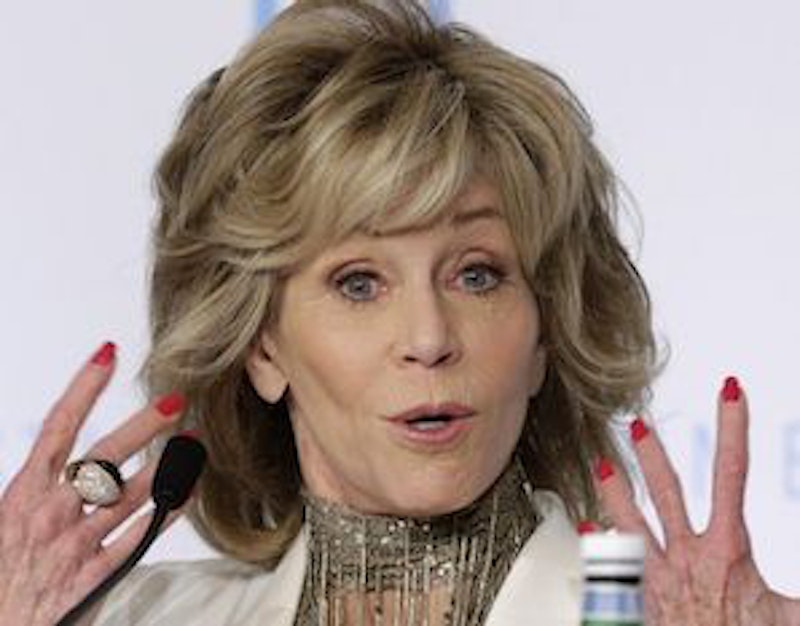 In the past month or so, opinion columns in The Washington Post have featured the bylines of Jane Fonda, Rahm Emanuel, Lindsey Graham, Leon Panetta, Cindy McCain, Elizabeth Warren, Liz Cheney, Anthony Scaramucci, Charles Koch, Rick Scott, Mike Lee, and Rashida Tlaib. It may be that some of these people can write an 800-word essay, and it may even be that some of them did write the essays that appeared beneath their names. I doubt it, though.

In the same period, The New York Times went with columns "by" Imran Khan, Tom Cotton, Joe Walsh, Mitch McConnell, Harry Reid, Susan Rice, James Comey, Peter Thiel, and Joe Biden. You can tell that Biden didn't write his column: it makes sense, which isn’t to say that it's worth reading.

In the 1990s, when I was pitching all the op-ed editors all the time, they and I took to calling what we were doing "opinion journalism." But running press releases written by the staffs of politicians and celebrities is definitely not journalism. And it's not even opinion; Lord knows what the politicians listed above actually believe. The only question that the person doing the writing is asking as he or she sits down to compose is whether this particular soup of words makes my client/boss look good.

Opinion columnists should be independent voices articulating their own standpoint, with reasons. Their views ought not to be bought and paid for by a PAC, a political party, or strategic considerations regarding the next election. That is a somewhat naive ideal, and the columnists for the Post and Times often sound like political consultants. Indeed, many of the Times columnists (Tim Egan and Charles Blow, for example), write as though they’re trying to manipulate people into voting Democratic, even though their actual readers already do.

Naive or not, however, I maintain that the "independent voices" approach is the only responsible way to think about or edit an op-ed page. Even if your own columnists fail by this standard from time to time, that doesn't mean that you should allow your newspaper to be directly annexed to someone's political career or publicity machine. The columns attributed to famous non-writers typically feature the worst prose to appear in these publications: flaccid, laboriously clichéd, humorless, with no surprises of any sort. The name at the top is the only possible justification, and it’s no justification at all.

Sometimes the decisions are merely bizarre, as when they run a column by a cabinet secretary or even the President of the United States. These, like many of those listed above, are people who already have very big megaphones: they're yapping on CNN or wherever it may be, all the time. If you want to know what they think, you could attend their next presser or send an actual reporter to interview them. When you turn over your page to their underlings and their ulterior purposes, you're liable to confuse your readers—and even your own writers—about the nature of what you're doing.

The idea of running a column by Joe Biden—who can’t formulate a coherent or truthful sentence—is absurd. At the moment the Times ran the column, Biden was appearing on debate stages, doing hour-long interviews with Anderson Cooper, and speaking wherever he pleased, to substantial crowds and coverage. There’s not going to be a surprising or interesting sentence in the piece anyway, which you're running only because of the name appearing in your inbox, which ought to be flatly disqualifying.

A byline is an assertion of fact: it states that the person named is the person who wrote this. If the Post's editors found out that George Will's columns were written by someone else—perhaps someone he had hired for that purpose—they’d fire him. And yet there are good reasons to be suspicious that the authorship of many of the columns run by the Post is being accurately represented. That ought to undermine the credibility of the publication.

It all has a fawning quality that should be avoided at all costs in a newspaper. It hints that there's no such thing as opinion journalism or journalists, just endless competing moves in various PR battles. The publications collapse from newspapers into what used to be called "advertisers."

It’d be very easy to just stop this pathetic practice, and find independent or interesting writers to fill the holes. I bet some pretty decent items were dropped to let Mitch McConnell's or Imran Khan's staff have the page. I've been whining about this for decades, and maybe I have a bit of an ulterior motive: yo Ed, don't you want my profound insights instead of that fluff from "Jane Fonda"? I take rejection well, by and large (I have contributed to both pages, though). But that my statement of my real views is being rejected in favor of the Rick Scott communications team's pabulum rather irritates me.

Whatever my own situation, however, this approach is entirely unjustifiable. Common and traditional though it be, it’s the very opposite of opinion journalism, and its persistence ought to undermine the self-image of the editors, as it undermines the stated purposes of their publications.