President Harris may get to be warden after all. 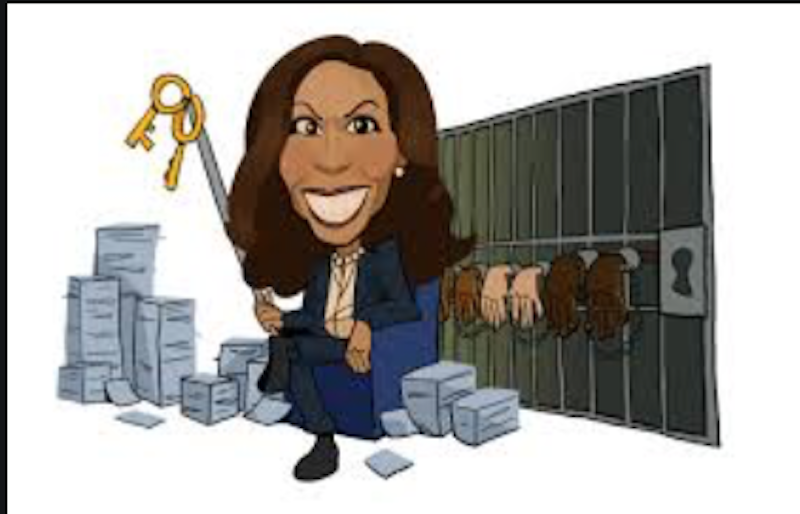 They joke of Vice President and former California Attorney General Harris that “Kamala is a cop”—though to combat that draconian reputation, the Bezos-owned Washington Post has obligingly removed an old article passage in which Harris was described mocking prisoners who begged for water.

Despite such efforts, one week into the administration of President Harris’s interim predecessor Biden, a hot issue turns out to be how broadly to define criminal conspiracy for purposes of rounding up rowdy Capitol protestors from January 6—and monitoring their sympathizers, whose ranks former CIA director and U.S. Communist Party voter turned CNN pundit John Brennan notes include “even libertarians.”

The sympathizers’ ranks may include about half the country, which in the old days would’ve caused people to say things like “Too many to arrest” or even a jaunty “Can’t jail us all!” But in the 2020s, it’s plain a whole planet can be put in lockdown, and even in the relatively free-wheeling U.S., interstate travel and outdoor dining can be restricted with few signs of revolt, so who’s to say President Harris can’t end up monitoring a grim, quiet lock-up the size of America?

Whether forbidden to leave your house due to viruses and diseased cells, forbidden to leave your cell due to viral ideas, or accused of being part of a dangerous cell that hated the House—it’ll probably all start blurring together soon enough if the powers that be have their way, much as anything and everything became a “national security” expenditure/necessity in the decade after 9/11, since it was taboo to say no to things so-labeled.

I’m a pretty straight arrow and cowardly, law-abiding dweeb (it seems only yesterday, maybe around 2008, I thought traffic light cameras were arguably one the biggest threats to our civil liberties and not a very serious one at that). But given how easy it is to get lumped in with “insurrectionists” these days—witness the ludicrous impending second impeachment trial against peaceful former President Trump—I decided last week, during a major apartment-cleaning, to err on the side of throwing out some just-for-entertainment books and pamphlets I bought some time last century on topics like guerilla warfare and the ancient “art of strangulation.”

There was a beloved little publishing company in Washington State that specialized in distributing that sort of thing, mainly so hippies, college students, and militiamen could share some laughs over them. No more.

I’m not claiming, like some of the more naïve of my fellow libertarians, that media have no correlation to subsequent, sometimes violent, actions. Ideas have consequences, as the right likes to say. But ideas can easily have authoritarian, governmental consequences, not just anarchic, private consequences. If it’s fair to monitor those militias—not to mention the innumerable cantankerous elderly Americans hanging their U.S. flags upside down to protest the crooks in Washington and that sort of thing, attitudes that thrive even without the Internet, you know—then it’s also fair to ask how many excuses the government is now being handed to stick its nose in everyone’s business.

Not all populations are libertarian enough to distrust their governments, but nearly all governments display paranoid distrust toward the populations over which they rule. It doesn’t take much to rattle them. I’m sure many Americans giggled sympathetically as people like that guy with the bison horns paraded through the House chambers, but you’ll hear little giggling in Washington offices, whether belonging to big government or big media. The tiniest perturbation in their authority and, from their perspective, it’s time to press panic buttons and crackdown buttons most Americans never knew existed.

Keep in mind this is a country in which local cops routinely infiltrate biker gangs because they heard someone in the gang insulted their precinct captain on a football fans website. The government thinks you’re constantly a hair’s breadth from turning into Timothy McVeigh. Governing Americans isn’t really a natural behavior. In short, your government is constantly looking for warning signs of rebellion and excuses to act.

If it’s fair to worry that, say, religiosity, xenophobia, or fear of mind-altering substances can inspire hasty and intrusive government action—and it certainly is—it’s also fair to worry about what typical Biden/Harris insiders think are worthy of assertive government action. It’s not just right-wing cranks who have reason to look apprehensively at everything the left would like to censor—all the things they have been declaring psychological “triggers” for the past decade and which they may now declare appropriate triggers for heightened government surveillance. Can’t risk another “insurrection,” they’ll say.

Some of the left-wing “Squad” of House Democrats, to their credit, have expressed fear of this governmental tendency toward surveillance mission creep—recognizing the likelihood of some of their own fringier constituents to get surveilled—so it’s not just a fear of right-wing gun nuts. The continent-sized prison is getting big enough to house all the Muslims, socialists, right-wing militiamen, anti-mask protestors, and vote-recounters you can shake a stick at.