Being Gloomy Doesn’t Make You Right 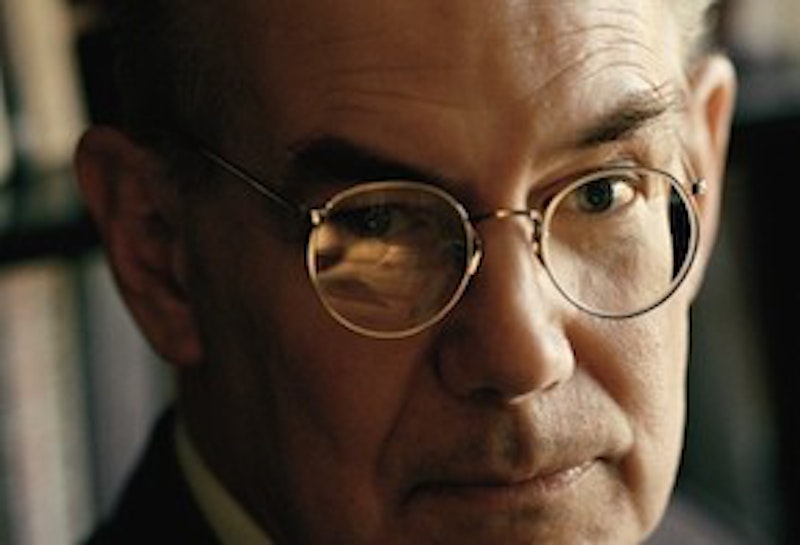 What I’m about to share is realistic. Brutally, unswervingly realistic. I don’t care what baloney you’ve begun espousing in your gumdrop house on Lollipop Lane, Mr. Magical Man from Happy Land... now it’s time to face the facts. Only facts can give us offensive realism. So if I’ve already offended you, good. The word “offensive” has two meanings, and when you’re leaning into the icy winds of unvarnished actuality, you don’t have a problem being known for both.

Perhaps you’ve heard about The Tragedy of Great Power Politics, a book by John Mearsheimer on international relations. If not, Mearsheimer is sick and tired of namby-pamby optimists re-writing history to suit their absurd fantasies of utopian liberalism. You may think that nations become more inclined towards peace when they’re economically interdependent, like the United States and China. You may think that democracies are generally positively disposed towards other democracies. You’re wrong, as are any “realists” who don’t conceive of international relations as an ongoing poker game that rewards tireless aggression: “The trick for a sophisticated power maximizer is to figure out when to raise and when to fold.”

Mearsheimer built his reputation by claiming to have created “offensive realism,” which describes and encourages such aggression with all the subtlety and judiciousness of an approaching Mongol horde. He presents this as a savvy alternative to the various other ideas I’ve just summarized, all of which he finds both tepid and fallacious. What his book really is, however, is a sad testament to the undeveloped theoretical frameworks of political scientists who study international relations—because “offensive realism” ends up being little more than a literal application of Adam Smith’s outdated economic theories to the diplomatic realm.

It’s not just that Mearsheimer is wrong, though he is. What’s most interesting is the category of error he’s making. In his terms, he’s confusing description and prescription. In other words, he’s making the fundamental error of cynicism, in a way that may lead us to a clearer idea of what “cynicism” really is. Cynicism isn’t merely the error of thinking that what has been impossible in the past is guaranteed to stay that way. It’s also closely related, psychologically, to grief. It’s the position of the person who has been let down by an ideology and now perceives that ideology as ineffectual and hypocritical, with no adequate replacement. Bereft of definitive values, the cynic attempts to unify what is (description) with what should be (prescription) by loudly abandoning the movement, within every ideology, towards unrealized goals and a state of perfection.

Unquestionably, the ideology that has let Mearsheimer down is liberalism. Purveyor of a “gloomy” realism, Mearsheimer is condescending about liberal ideals: “The liberal tradition has its roots in the Enlightenment, that period in 18th-century Europe when intellectuals and political leaders had a powerful sense that reason could be employed to make the world a better place.” He means: the period in 18th-century Europe that we have since learned to despise. But since Mearsheimer doesn’t seriously consider any other theory of international relations besides liberalism, he enshrines it as a vital axis of human understanding, along with his beloved realism. Moreover, he’s frustrated with the hypocrisies of the United States. In his section on “Rhetoric vs. Practice,” he writes:

“Because Americans dislike realpolitik, public discourse about foreign policy in the United States is usually couched in the language of liberalism. Hence the pronouncements of the policy elites are heavily flavored with optimism and moralism... Behind closed doors, however, the elites who make national security policy speak mostly the language of power, not that of principle, and the United States acts in the international system according to the dictates of realist logic. In essence, a discernible gap separates public rhetoric from the actual conduct of American foreign policy... American foreign policy has usually been guided by realist logic, although the public pronouncements of its leaders might lead one to think otherwise.”

Notice Mearsheimer’s distinction here between “power” and “principle.” Then marvel as he guilelessly trots out his own rationalism: “[My] fifth assumption is that great powers are rational actors. They are aware of their external environment and they think strategically about how to survive in it. In particular, they consider the preferences of other states and how their own behavior is likely to affect the behavior of those other states, and how the behavior of those other states is likely to affect their own strategy for survival. Moreover, states pay attention to the long term as well as the immediate consequences of their actions.”

Note, as well, that this assumption is part of a declaredly prescriptive agenda: “It should be apparent from this discussion that offensive realism is mainly a descriptive theory. It explains how great powers have behaved in the past and how they are likely to behave in the future. But it is also a prescriptive theory. States should behave according to the dictates of offensive realism, because it outlines the best way to survive in a dangerous world.”

In other words, states should act rationally. Like individual people, they have the capacity to do so. What great powers actually do, however, is another matter.

It’s not practical to conquer the whole world, but this doesn’t stop various people from making the attempt. The list of would-be hegemons includes Alexander the Great, the Roman emperors, the Mongols, the empires of classical Islam, Napoleon, the Axis, and the United States. These efforts are wholly consistent with Mearsheimer’s advice to all great powers, which is that they actively seek hegemony in order to survive.

What has happened to these ambitious strivers is universally the same: they have failed, generally when they crash into the territory known as Asia. The consequences of their failure haven’t been limited to retreat; instead, they have been ousted from many former positions of power (the breakup of the Roman Empire, the end of the Napoleonic Empire, and so forth). Most extremely powerful states tend to overreach, like waves thinning out as they surge forward on the beach. In the case of the United States, our failure in the Vietnam War, the Iraq War, and Afghanistan—to say nothing of the economic contradictions that produced both the Great Depression and later the Great Recession—has set the stage for what may turn out to be an era of exceptional Chinese dominance. (It also goes without saying that overreaching can take the form of unbelievable debt, like the debt that France incurred at the end of the 18th Century, and that the United States owes right now.)

Trying to explain the precise relationship between ideology (“principle”), economic circumstances, and power is beyond the scope of this article. It may be that Mohandas Gandhi is right, and the world is ruled by spiritual principles. It may be that Jared Diamond is right, and the world’s ruled by environmental pressures and constraints. Or the truth may lie in a (seemingly) messy combination of many existing theories. All we can know for certain is that Mearsheimer’s description of the way great powers behave is wrong. They do seem compelled to seek hegemony, but that compulsion eventually drives them to make fatal miscalculations. And it will be a great moment in the history of our co-existence together on this Earth when we find out how to proceed otherwise.