Can an Atheist Be Spiritual?

The sensation of transcendental bliss doesn't need to be divine. 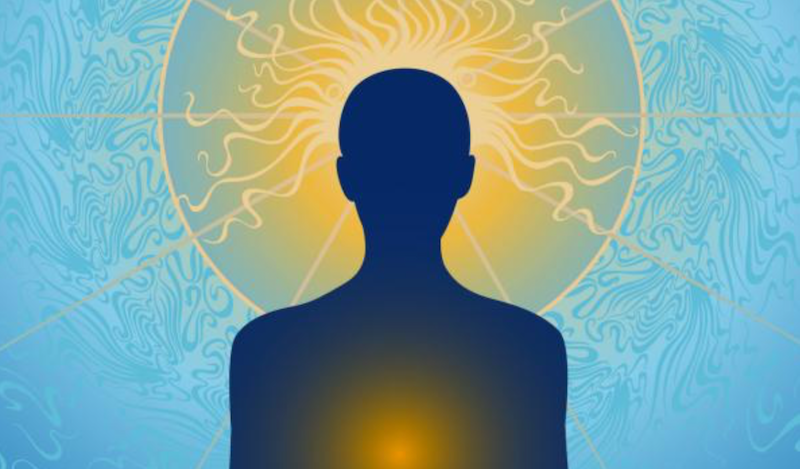 I’ve become a cliche. What started as a five-minute meditation practice every morning quickly turned into reading everything I can about Buddhism and listening to Ravi Shankar non-stop. All I need to do now is put figurines of the Buddha all over my apartment, wear a Namaste t-shirt, get a random Sanskrit word tattooed on my wrist, and vote for Marianne Williamson next year.

Even though I gave up alcohol, I’m still addicted to the approval of my fellow Splice Today writers, the need to always be right, and the desire to prove myself to the world. Since I started meditating daily, though, I’ve grown less interested in constantly screaming into the Void, “Look at me! I exist!” The thought does come up, especially when an overpaid New York Times columnist writes the same “Everyone I don’t like is Hitler” op-ed for the millionth time. But I’ve learned to take a few minutes to focus on my breath, let go of the need to clap back at every stupid person on the Internet, and move on.

I don’t call myself a Buddhist because I’m wary of joining any organization that centers around just one man’s thoughts, whether it’s Christianity or Alcoholics Anonymous. I prefer adapting a life philosophy made up of the best ideas from various thinkers, from Kant to Lao Tzu, so I don’t get hung up on dogma. And I don’t believe in reincarnation.

Spirituality is still intriguing, though, despite being an atheist. This year I’ve been thinking a lot about whether an atheist can be spiritual. My friends Diane and Ashton talked about it during the Humanism 101 workshop we did at Creating Change back in January, specifically how a lot of white atheists’ mockery of crystals and Tarot is rooted in racism. Then a few weeks ago at Skepticon, Miri Mogilevsky talked about how secular rituals helped them stay grounded while battling cancer. Maybe one can be spiritual without a god after all.

It depends on how one defines “spiritual.” Many atheists say since the word “spiritual” has “spirit” in it, then spirituality has to involve a metaphysical spirit that transcends beyond matter and energy, and since there’s no evidence of such a spirit, then an atheist can’t be spiritual. My definition of spirituality is different; spirituality is anything that triggers the part of the brain that produces a sense of transcendental bliss.

It’s the feeling when all the muscles in one’s body are totally relaxed, thoughts are reduced to background noise, and there’s a sense of connection to something outside of one’s self. Science suggests something gets triggered in the frontal lobe during these experiences, so that’s probably why they’re so common among people of different faiths, or no faith at all. The Whirling Dervishes experience it when they spin around in a trance. George Harrison experienced it by chanting the names of the Lord. I experienced it during prayer when I was a Christian, and now I experience it as an atheist while meditating.

An atheist can be spiritual because there’s no need for a god or even some pantheistic “ground of all being” to be spiritual. Knowing it’s all in the mind doesn’t diminish the sensation of transcendental bliss; to me it actually enhances it.