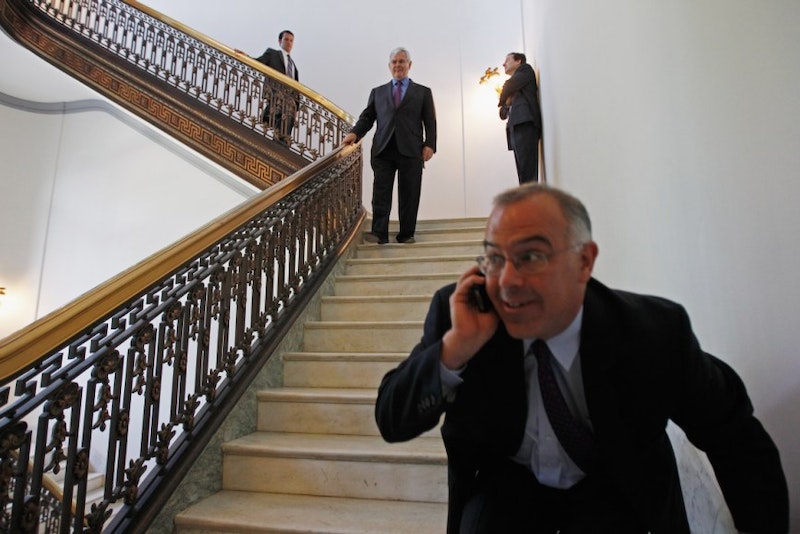 Two days ago, I wrote a short article chastising The Wall Street Journal for allowing—for years now—Karl Rove to write a weekly column. I normally don’t read Rove, not for any particular animus against the man, who was one of American’s great political strategists in the latter years of the 20th century, and early on in the 21st, but his exhortation to the media’s reporters, editors and TV producers to be “less partisan” was too rich to pass up. Rove is a blight on the Journal, and it’s unfathomable, at least to me, that he’s given a forum there.

Rove is correct, however, that the press is a mess, a reality that grows starker with each passing year. Let’s move on to The New York Times’ columnist David Brooks—he’s a joke in the industry, a slimy, ethically-compromised and mushy man whose ruminations on morality are regularly lampooned—which, as a critic of modern media I indulge in maybe once every 18 months. It’s a dirty chore, but so is reading de facto Biden economic adviser Paul Krugman.

It was the headline—“The American Renaissance Has Begun”—atop Brooks’ June 17th entry that drew me in. I’ve no idea if he wrote the headline, but it’s provocative and I wondered if it contained, for once, some equally provocative ideas. Lucky that I placed no wagers on that thought, for Brooks, as usual, writes from the insulated world called Me, Myself and I.

He begins by referencing the late economist Mancur Olson’s 1982 contention that after World War II, Germany and Japan, their power structures wiped out, and for a time overseen largely by the U.S., experienced the economic growth that eluded Britain, “with its institutions more intact.” You could go back and forth on this subject, and delve into the complexities that, to be fair, Brooks didn’t have the space to do, but it’s not, on the face of it, an entirely unreasonable argument.

But then Brooks goes all Brooks on his readers. He writes about American in 2021: “Something similar may be happening today. Covid-19 has disrupted daily American life in a way that few emergencies have before. But it has also shaken things up and cleared the way for an economic boom and social revival.”

The quasi-analogy to the German and Japanese rebirths (if you ignore the loss of life that dwarfs that of Covid in the U.S. and the bombed-out cities) doesn’t work. Unlike those countries, post-Covid, the political and corporate structure of the United States remains the same, if not even more smothering. Democrats are now nominally in control, both at the White House and Congress, but it’s the same faces of old bureaucrats running the show, just shuffled into new positions. Is Joe Biden all that different from Trump and Obama? He’s given talking points that lean “progressive” and bold, but it’s just talk talk talk. Little has changed on immigration, Biden (just as Trump would’ve had he won) is spending money like a jackpot lottery winner, and though he’s mimicking, to some extent, Obama’s worldwide “apology tour,” claiming to foreign heads of state that “America’s back,” that’s all for show as well. I see Nancy Pelosi, Mitch McConnell, Chuck Schumer, Mitt Romney, Steny Hoyer and Kevin McCarthy, to name just a few, conducting self-righteous press conferences that could’ve happened in 2018, just with different words. Who really runs this country? I’m not a conspiracist, but it’s a legitimate question.

More Brooks: “The biggest shifts, though, may be mental. People have been reminded that life is short [as if anyone needed that prompt]. For over a year, many experienced daily routines that were slower paced, more rooted, more domestic. Millions of Americans seem ready to change their lives to be more in touch with their values.” It’d be more accurate to say that millions of Americans are glad their kids can return to school, that entertainment has resumed, and that no one will wag a Brooks-like finger at them if they don’t wear a mask outside.

My guts are scrambled now, reading this horseshit, so I’ll pass along Brooks’ last paragraph, which, even for this Bobo in Paradise, who could be indicted on 127 counts of journalistic solipsism, is something else. Maybe he lifted it from a greeting card, a more proper occupation for Brooks. He writes: “People are shifting their personal lives to address common problems—loneliness and loss of community. Nobody knows where this national journey of discovery will take us, but the voyage has begun.”

Unfortunately, we do know that Brooks’ happy discovery will be an enlarged bank account, since no one in a position of power at the Times will cut off his spigot of slop.