Changing the name of LSD shouldn’t have been so hard. 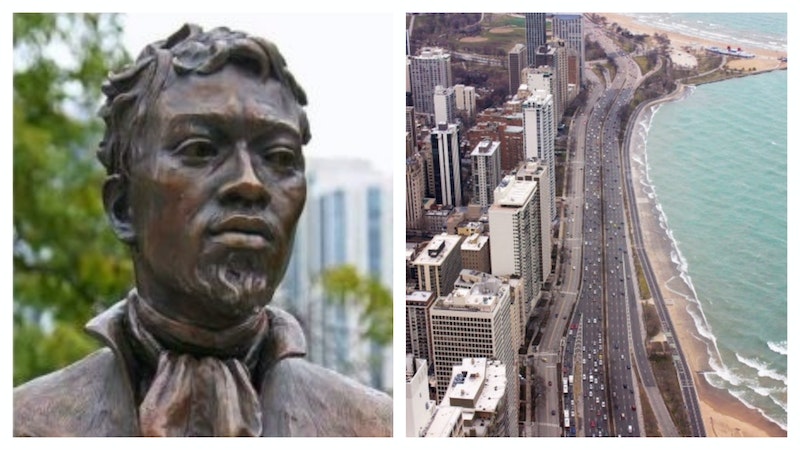 Last week the Chicago City Council, led by Alderman David Moore, changed the name of Lake Shore Drive to Jean Baptiste Point du Sable Drive. Du Sable was the first non-indigenous permanent settler in what became Chicago, and is considered the city’s founder. He was also a Black man, and by renaming LSD in his honor the city’s acknowledging the importance of the city’s Black history and Black population.

Usually renaming streets is not controversial. It’s a low-stakes way for politicians to do what they love best—cater to motivated constituencies without much push back from the broader public. Renaming Lake Shore Drive could’ve been low-key as well. It had majority support in the City Council, and if Mayor Lori Lightfoot had embraced it, it probably would’ve whooshed through as a one-day story. Instead, with her usual lack of political acumen, Lightfoot dug in her heels, and the measure threw the City Council into chaos for weeks.

Lightfoot argued that renaming would cost too much money and inconvenience residents and tourists. But neither of those arguments was very convincing. Current estimates of costs for the sign changes are about $850,000. That sounds like a lot. But it’s a drop in the bucket for a city with a $6.6 billion budget. As for inconveniencing people—again, cities change street names all the time. The city just recently changed Congress Parkway, an important downtown artery, to Ida B. Wells Drive. The last time I was driving in the Loop, I was momentarily confused. But I figured it out. It wasn’t traumatic.

On social media some critics claim that no one in the city wants the renaming.  In fact, polls suggest that there’s no overwhelming consensus around the change; 41.5 percent of people oppose it, 36.5 percent are for it, and some 22 percent don’t have an opinion. There are also important demographic divisions. Black and Hispanic residents are in favor of the change. It’s white people who form the core of resistance, with 55 percent opposed. That suggests that people recognize that changing the name is a symbol of support for Black people, and a repudiation of the city’s history of white dominance.

Some people insist the name change is pointless because Chicago residents will use “Lake Shore Drive” anyway, just as they still refer to Guaranteed Rate Field as Comiskey Park. But eventually the new name will gain currency. And besides, it matters when the city government says that honoring Black people is important, even if the public takes some time to follow suit.

Finally, opponents of the change argued it’s a distraction. Why focus on name changes when we should be helping people struck by the pandemic, or addressing police violence? It’s unfortunate that this took up so much time and energy. But again, that’s the fault Lightfoot and opponents for turning a routine City Council measure into a circus.

It doesn’t matter that much if Lake Shore Drive is called Du Sable Drive or not. But it matters if the city’s government and public are able to agree that racism in Chicago is a problem and that we should address it. Cosmetic, symbolic actions shouldn’t substitute for real change. But it’s also true that if you can’t summon the political will to show symbolic solidarity, you’re unlikely to do the harder things necessary to improve people’s lives. The City Council did right in a small way. That’s not transformative, but it’s better than doing wrong.