Shaping narratives instead of reporting facts. 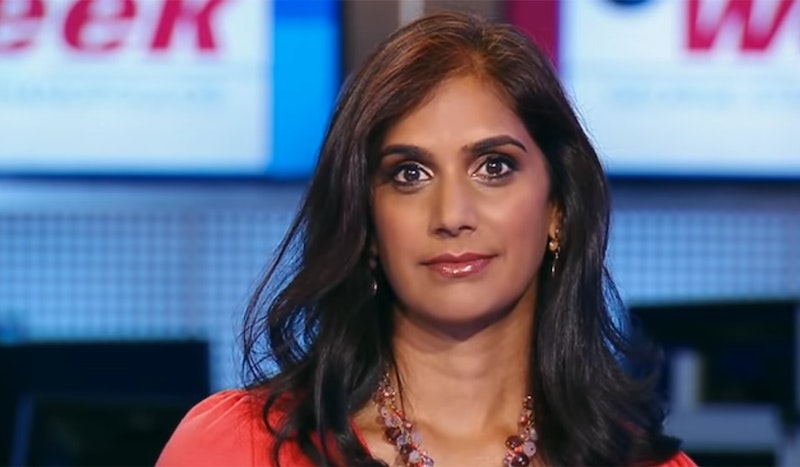 Asha Rangappa recently exhibited several of the worst aspects of old media when she pretended she couldn’t even comprehend how conservatives could think some of the organizers and instigators of the January 6 protest at the U.S. Capitol might be FBI agents. Were they planning to arrest themselves, she asked, as if the whole thing were paradoxical nonsense-talk.

A randomly chosen citizen might be completely oblivious to the concept of “entrapment” by law enforcement agents—a tactic the FBI routinely uses, as when nudging post-9/11 terror cells into more overt and thus actionable behavior—but it becomes much harder to believe it’s mere naivete we’re hearing when the speaker, Rangappa, is a former FBI special agent, a CNN commentator, and for good measure a former dean of Yale Law School. Yale has had an outsize role in organizing the intelligence community and many other American evils for a long time, but Rangappa knows when to deny it all on behalf of the establishment. Perhaps the higher-ups flinched at her clumsily bad acting in this case, though a few hiccups like that never wake up the slumbering American populace.

And that’s the essential character of the old media scam as opposed to the new media scam. The old media were all about maintaining the calm, serene prestige of a virtually unchallenged oligopoly: three or four networks, a few major newspapers, one establishment to rule them all. Rangappa is a trifecta of elite power: academia, major media, and government rolled into one (even her academic advisor was a consultant to the George W. Bush White House, lest you still think all this is best understood in right vs. left terms—the Bureau has a long history of acting as political police for the Eastern establishment, in both its Democrat and Republican manifestations).

All three elements of that old establishment should end, but new threats already rise.

New media’s self-appointed role so far is mainly to tamp down a thousand avenues of dissent, a much messier job than the old one of maintaining a stable, unified establishment. The new frenzy is what happens when the single, monolithic hive of which Rangappa is a representative is knocked over and chaos ensues. The noisy fighting over new media (and its stealthy, algorithmic, built-in biases) attracts a lot of attention in part because we can all participate in the struggle. Old media were more sinister because they never doubted they were in charge. You the viewer/listener/reader simply waited for them to hand down their latest collective decision.

If old media say, for instance, that a trans Olympian born male and still possessed of some 30 times as much testosterone and a few times the bone and muscle mass of female weightlifters should as a matter of basic justice compete against women in the Olympics, they expect you to accept the claim passively, not debate it. After decades of media indoctrination, you should exhibit “learned helplessness” by now, as the torture experts say. If some group as august as the Olympic Committee, echoed by the three or four most familiar news anchors, implies this is an inspiring turn of events, it’d be rude not to play along.

On new media, by contrast, you might at least send a few mocking memes about it all before your account was locked for a month. That’s progress of a sort. New media is for now an infuriating game of whack-a-mole in which roughly the same establishment described above—government consultants, Ivy Leaguers, biased journalists—tries to keep dissent under control but plainly has a long, ultimately losing battle ahead. The incentives are all wrong in new media and tech for keeping a (single, heavy) lid on things.

I can’t complain too much on a personal level. Despite technically being an anarchist, I don’t often find myself running afoul of Twitter or Facebook rules (as far as I’ve noticed), though a few factual items I posted got COVID additional info appended to them on Facebook, and one tweet of mine has been blocked—for purportedly suppressing votes for Democratic candidates around election time, as it happens. Like James Woods, I found myself unable to tweet a few years ago unless I took down an obvious joke meme suggesting feminist males should stay home and let women do all the voting. Twitter cares about election integrity, supposedly. I took it down.

Now, Facebook leaps into the election integrity game by telling me that it’s blocking a link to a story in a major national newspaper—The New York Post—about a current New York City Council candidate, Zack Weiner, being photographed at a sexual sadomasochism club. I went to the trouble of submitting a couple paragraphs to Facebook arguing for external review of the appropriateness of the link, though if Facebook realizes its error and puts the article back up, it will likely be too late (for good or ill) to have any effect on Weiner’s campaign, since his primary is today, as I type this on Tuesday.

I’m not too invested in the fight, for multiple reasons. I’m indeed one of those libertarians who thinks Big Tech can pretty much (absent subtle fraud) do whatever it wants with its own platform and content rules, and if they suddenly claim they’re too prudish to permit stories about Weiner (with photos that don’t show genitalia) despite the countless other racy things posted on Facebook, well, that’s their business.

Furthermore, I don’t think an interest in sadomasochism is blatantly wrong and I don’t vote, so I’m certainly not motivated by any snickering desire to torpedo Weiner’s pointless campaign. I’m more amused by the fact he’s the geeky twentysomething son of one of the creators of Dora the Explorer and am more offended by the fact he wants to govern us than by the fact he wants to be governed by a dominatrix—though it’s fair to worry that if he’s turned on by shackles and nipple clamps, he may not have much empathy for people who say they’re suffering due to something as mundane as taxes and regulations.

The fact that the social media sites appear to leap in a coordinated way to turn prudish or permissive exactly when necessary to protect the electoral prospects of mainstream Democrats is the really troubling thing. One Twitter user claims he got a 30-day ban for linking to the Weiner piece around the same time Facebook told me I’d have to submit the post to external review. Meet the new (Democrat) media boss, same as the old (Democrat) media boss—except much less smooth about it because the game has gotten so much more complicated.

We can really see the numerous and tangled strings now, and the establishment should be far more embarrassed about that blatant bias than about Weiner per se.