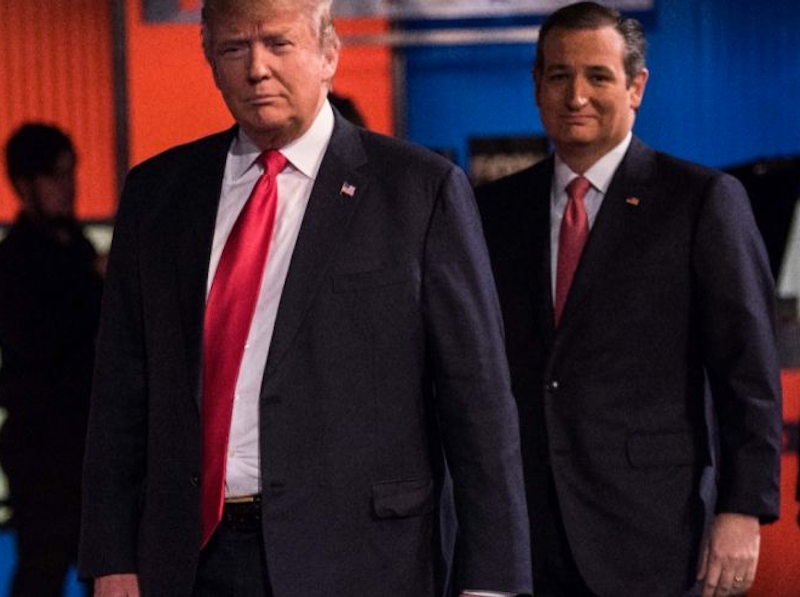 Most frightening sentence: “Trump said he is eager to start receiving regular classified intelligence briefings from the U.S. government—a tradition for party nominees…”

Best example of Politico headline bungee: “The GOP’s 24-hour meltdown.” That’s the headline. Right beneath it: “Trump’s promise to unify the Republican Party is in tatters, as an all-out civil war grips the GOP.” Then the story, which is different. It says that tensions are high, and that Trump and Paul Ryan have agreed to meet. No meltdown as of yet. The situation is more like a volcano’s lip when the rocks start shaking; or, to switch metaphors, like a creaking ice floe when the cracks widen.

I was really hoping for that civil war. But I said to myself, “It’s a Politico headline, so it isn’t true.” And it wasn't.

Most easily believed statement of motive: Plutocrat and fundraiser Ken Langone, on why he didn’t support Ted Cruz: “I couldn’t do it because I just don’t like the guy.” The article, which was about Cruz and Wall Street, added that Langone was “echoing sentiments uttered privately by executives all over the financial industry.”

Best use of “you know”: Trump, after reading The National Enquirer, on Ted Cruz: “His father was with Lee Harvey Oswald prior to Oswald’s being, you know, shot.”

Most ominous word for Trump watchers: “Ceiling,” as in demographic changes impose “a ceiling on him [Trump] that appears almost unbreakable.” Last summer we heard about Trump’s ceiling with Republican voters. That figure was 25 percent, and then 35 percent, and now NBC News/Survey Monkey has him at 56 percent. But a ceiling shouldn’t move.

Today we’re told the general public is too dark and female for Trump to get anywhere. I’m not saying that’s untrue, but let’s wait. He’s going to try plenty of things, and right now “ceiling” feels like asking for it.

Happiest Republican voter: Jeff Walls, 53, of Flowood, Miss. He said, “I want to see Trump go up there and do damage to the Republican Party.”

Most poignant headline: From The Washington Post, March 1: “The GOP has two weeks to take down Donald Trump.”

Most poignant quote: “This is just re-running Wisconsin. We have a blueprint and it works.” That’s a "Cruz adviser” looking ahead to the Indiana primary. The person was smart enough not to give his or her name.

Second-most poignant quote: A "Rubio insider” on why Marco Rubio was holding off from supporting Ted Cruz: “But what Marco isn’t going to do is just endorse Ted, watch Trump win anyway, and then, in four years, watch Cruz use Marco’s endorsement against him if they both run for president again.” Cruz would do that. And Rubio thinks he’s running for president again. Of a party where people will care about either of them.

Best example of the lessons taught by time: Politico in February, right after Trump lost the Iowa caucus: “By the time his campaign began investing in voter data and targeting analytics, his rivals for the GOP nomination—particularly Iowa winner Ted Cruz and third-place finisher Marco Rubio—had spent millions building sophisticated voter-targeting machines.” Politico Magazine in March, right after Rubio lost Florida: “And when Rubio stumbled, as all candidates do, there was no infrastructure to catch him, no field program to lift his support, no base to fall back upon.” No millions spent on sophisticated voter-targeting machines.

Statement most in need of being put on the record: “The Republican electorate is not a bunch of completely ignorant fools.” Steve from Temecula, Calif., wanted to say this to Mitt Romney.