Health care is all about the money. 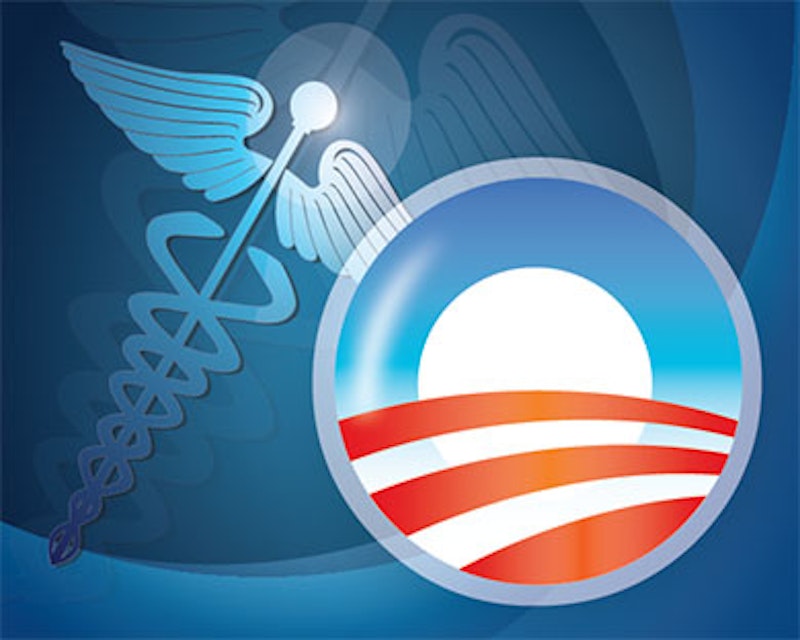 Forty-eight years ago, the American Medical Association and its conservative fellow-travelers denounced Medicare as socialized medicine and a government disaster that would dictate the quality of health care as well as who lives and who dies. It took nearly a decade to work out the kinks into the efficient and cost-effective program that it is today.

In today’s subsidized world, Medicare is revered as a triumph of government policy. Any politician who even suggests tampering with the popular Medicare program among more than 40 million senior citizens and eight million people with disabilities had better retreat to the nearest exit.

In 2006, Medicare Part D, the prescription drug program, was criticized as government boondoggle that was imperfect in conception and execution partly because of the so-called donut hole (at the insistence of the pharmaceutical industry). It took nearly three years of trial and error to de-bug the program before it became a smooth and effortless patient experience as well as a life-saving bargain. Today, 24 million senior citizens flock to the program as a lifeline to an active old age of affordable medication.

Comes now the Affordable Care Act (ObamaCare), which doesn’t fully launch until 2014. Yet the Tea Party-heavy House of Representatives has already voted 37 times to repeal the sweeping program which is designed to provide health care benefits for 45 million uninsured Americans and at the same time reduce medical costs for everyone.

Twenty-eight states sued the federal government over the constitutionality of the Affordable Health Care Act, but the Supreme Court, led by Chief Justice John Roberts in a 5-4 decision, upheld the law’s legality. It’ll probably take a few years before ObamaCare meets its high expectations that may come close to this country’s version of universal health care as an acceptable alternative to the preferable Medicare for everyone.

The rules of politics are the rules of the marketplace. To its vociferous Republican critics, ObamaCare is not about the health of Americans. It’s about money—premium payments they believe should be flowing to private corporations free of restraints and regulation by a non-profit government program. Their opposition to ObamaCare is part of a continuing effort to dismantle Social Security and Medicare and turn the programs over to the private sector and let market forces set the rates and pick the patients.

The recent flare-up over the IRS, though wrong as its actions might be, is also part of an underhanded attempt by the Tea Party’s Neolithic know-nothings to conflate the IRS with ObamaCare because a unit of the IRS would administer parts of the health care program. Thus, when Sen. Ted Cruz (R-TX), a Tea Party pin-up boy, proposes abolishing the IRS, the antic is also an indirect assault on ObamaCare.

Leading the charge against ObamaCare is Americans for Prosperity, a Tea Party front-group funded by the Koch Brothers, which spent $10 million in 2012 tearing down the health care program. The oil-rich Koch brothers have spent $194 million advancing conservative causes through different front groups with jingoistic sounding names and free-market philosophies.

The Affordable Health Care Act is a massive law of thousands of pages. One of its most controversial provisions is the expansion of Medicaid by the individual states which is contributing to the widening schism within the Republican party.

Many GOP governors are opting out of broadening the medical care program for the poor and the elderly. And even those who choose to participate, Gov. Rick Scott, of Florida, for example, are being overridden by their legislatures. Many GOP governors are choosing to punish hundreds of thousands of Americans in order to appease their noisy and narrow right-wing base.

By contrast, Arizona Gov. Jan Brewer (R), one of the outspoken governors who sued to overturn ObamaCare, is now fighting to have the state’s legislature approve the program’s Medicaid provision. Why the sudden reversal? It’s free money from the federal government, and it pays for nursing home and hospice care for the elderly. It also helps to balance state budgets.

Another beneficial aspect of ObamaCare that’s already in effect allows parents to carry their children on family policies until age 26. One of the purposes is to bring young and healthy premium-paying people into the program to offset the number of poor, elderly and sick uninsured people who would be bracketed into ObamaCare and would require expensive medical treatment to make up for years of neglect. The health care exchanges, which are supposed to be set up by Oct. 31, will allow individuals and small businesses to purchase insurance coverage at bulk rates. Maryland was among the first states to submit its plan for exchanges.

And, of course, no one can be denied insurance because of a previously existing condition. This provision would prevent insurance companies from cherry-picking healthy subscribers and ignoring the rest. The health care industry must be licking its chops over 45 million new subscribers. ObamaCare also eliminates the donut hole in Part D, the prescription drug program, thus reducing the cost of expensive and exotic medications for the elderly.

There are 750,000 uninsured people in Maryland. Those who oppose ObamaCare, and in fact, any form of mandatory health insurance, argue that medical treatment is available to everyone, including the uninsured, at hospital emergency rooms.

True, but there’s a hefty price to pay. The annual tab for the treatment of uninsured Marylanders comes to about $750 million that is reimbursed to hospitals through a revolving fund that is paid for by health insurance policyholders. Every insured person pays an estimated $1000 a year in additional premiums to underwrite the treatment of the uninsured. Theoretically, when fully implemented, ObamaCare would greatly reduce or eliminate that penalty.

There’s nothing wrong with ObamaCare that any other president wouldn’t embrace. It’s been the dream of nearly every president since Theodore Roosevelt in the early 1900s. As every political hobbyist knows, the Health Care Affordability Act was based on the plan enacted by Mitt Romney when he was the Republican governor of Massachusetts. Yet Romney, the 2012 GOP presidential candidate, and his running mate, Rep. Paul Ryan (R-WI), campaigned to repeal ObamaCare with the argument that health care was better left to the private sector.

The problem with ObamaCare is more about its namesake than its intent. The hatred of President Obama by the GOP’s right-wing base is so intense that they would rather see him fail than allow a socially desirable program work to benefit the nation. ObamaCare has actually helped to reduce the overall cost of health care even though it’s only partially implemented, according to a recent Congressional Budget Office report. And the California plan proves that health insurance rates will be reduced under ObamaCare.

It has often been observed that Lyndon Johnson, a bully and a tyrant, would not tolerate the obstructionism that thwarts Obama. Yes, but no. The circumstances of 1965 and 2013 are completely different. Johnson was dealing with traditional conservative Southern Democrats. Republicans were the liberals of the Johnson era.

Medicare today is considered a model of low-overhead administrative efficiency, contrary to the predictions of its critics four decades ago. It faced the same stern but misguided warnings that ObamaCare confronts today. ObamaCare is far more complex and far-reaching than Medicare and will take time to settle down and find its groove.

And it will, if only those Tea Party nutjobs will stop hating Obama and give the health care program a chance. A half dozen years from now Americans will wonder how they ever lived without ObamaCare just as they now say about Medicare.