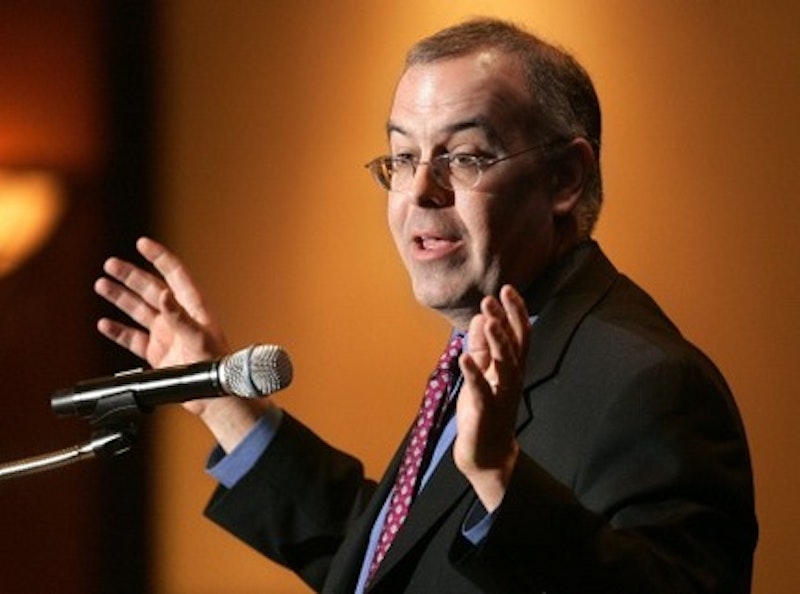 It’s not often these days that I read two stories either by or about The New York Times, but whatever the opposite of serendipity happens to be, I’ll mark down this Thursday as… well, a date that re-confirmed the countless reasons that the onetime “paper of record” is slip, slip, slipping away into a kind of purgatory that was unimaginable when I was growing up. As a kid at the breakfast table, my Dad, perusing the Times, would often make the same joke: “Just read the last paragraph of [James] Reston’s column and you’ve got it all.” He’s long gone, but I’d bet Dad, a prodigious consumer of newspapers, would say the same thing about Nutty Buddy Paul Krugman today; and as a serious man, I doubt he’d waste time on the likes of Maureen Dowd, Thomas Friedman, Charles Blow or laughingstock Gail Collins.

But on to the good news. According to Bloomberg’s Edmund Lee, the Times “is considering letting advertisers sponsor more stories on its website,” in an attempt to ape the mostly idiotic website BuzzFeed. In fact, BuzzFeed’s CEO Jonah Peretti was called to consult with Times execs about “creating successful ‘native ads,’” a meeting that might’ve—hard to tell—chafed reporters who still believe the Times is journalism’s Top of the Toppermost “brand.” My favorite quote in the story, purely for the double-talk, came from Todd Haskell, an advertising vice president at the company. He said, and hold on to your summer boater, “What we’re looking at is ways you can use journalistic storytelling techniques in how you could present a narrative for our clients without misleading or confusing the readers.” Now, if you’re happy and you know it, clap your hands, for that’s a choice stringing together of words.

Go back just two years and imagine how Times publisher Arthur Sulzberger Jr. would’ve sniffed and guffawed to anyone in his employ who suggested such a crude, tabloid-worthy concept. For those who continue to live in the past and still refer to the revenue-strapped Times as the “Old Gray Lady,” it’ll be quite a shock when the inevitable “listicles,” such as “The 17 Reasons Judd Nelson Flamed Out” and “11 Ways to Dodge Fire Island Traffic” appear on the paper’s website, “sponsored” by the likes of Miramax and Coppertone.

Hey, while I’m trafficking in Ed Norton’s version of modern-day journalism—full body suits now required for trips into the sewer rather than simple knee-high galoshes—let’s just say “It’s a BuzzFeed World” and everyone else is following the leader!

I’m in a chirpy mood, so I’ll gladly admit that several years ago I read the Times every day—we still subscribe at home, mostly because my wife likes a hard-copy of the crossword puzzle, and if the $600 (or more, haven’t checked credit card statements) is really exorbitant, well, anything for my gal—and while reading Frank Rich was like inhaling toxic Chinese carryout, I liked John Tierney, William Safire, James Traub and Walter Kirn’s frequent Sunday essays. Even David Brooks—the Times’ sort of “conservative” who nonetheless lets President Obama’s increasingly vapid rhetoric slide down his throat—was, once upon a time, worth reading, if only because he went to Walmart so the rest of his Acela/Upper East Side cocktail party buds wouldn’t have to.

But if Brooks is well past redemption, I suppose he’s so well compensated by the Times—not to mention the platform he has to appear on TV and rack up income-producing moonlighting jobs—that he wouldn’t consider doing the world a favor and retire to the obscurity of an Ivy League professorship. Which is fair, for a man has to cover his nut; the lifestyle of an affluent opinion-maker doesn’t come cheap.

In an “Opinionator” blog this week, Brooks played footsie with Gail Collins, the two them conversing about “Why Summer Isn’t That Much Fun.” It’s a gas! Brooks begins by allowing how “amazing” he looks in poplin “and any outfit involving spaghetti straps.” I think that was a joke, but could be wrong. Collins, finally (to my knowledge) off her go-to humor about Mitt Romney’s dog, counters that her brother “sent me an interesting recipe for cicada fritters.” That out of the way, the two agree that nothing much in the way of news happens during the summer—at least that piques their pundit minds—and that’s a welcome breather, until it isn’t, like when they have to go to even further lengths to produce 800 words of gibberish.

Brooks: “The summer news stories come in odd sizes. First there are the silly season pseudo-scandals of no importance whatsoever. We’ll spend two weeks arguing over whether the president plays too much golf.” Yes, it’s rad, dude, to be included among that “We.” And there are references to the “Vineyard” and “driving up to the country,” among other pursuits that I’m sure the majority of the Times’ readership can relate to.

As if further proof was needed that Brooks was the guy you avoided in college, he riffs off a Times piece by “colleague” Stanley Fish, in which the eminence said he didn’t flinch upon selling “almost all his books.” Brooks is taken aback, writing: “I’ve lugged the same books around since college. They are like little memory prompts, taking me out of the crush of my Twitter feed… I actually skim through my old college texts, embarrassed by what I underlined back then and what I was oblivious to.” Collins agrees, saying that in an “attempt to recover from the movie” she re-visited her college copy of The Great Gatsby and found that she’d underlined “everything.”

Pass the gravy and plate of pickles, please, I’m done. Too much Times, too little time, too many worries about the Red Sox putting Clay Buchholz on the DL, and I’m off to read a pundit who’s both erudite and legitimately witty, The Spectator’s Hugo Rifkind.