All Your Taxes Belong to Obama

Maybe Thoreau had the right idea. 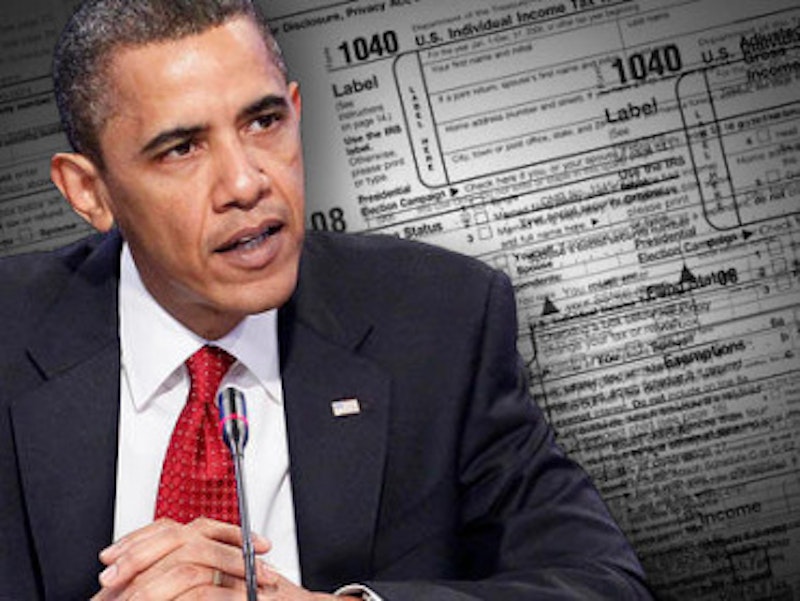 It's quarterly tax time again! And so last weekend I sat down and cheerfully wrote out a check to fund the federal government's continuing efforts to spy on me. Although, if I'm lucky a portion of my income will go instead to Syrian rebels who, at some point in the not-too-distant future, can use the guns that I paid for to kill some as-yet-undetermined number of my fellow citizens.

Or, hey, possibly a few cents will even pay the salary of that cretinous shithead Steve King. Though, thank God, it won't go to pay for condoms for any foreign sex workers, because that would be wrong. Unlike paying King's salary. Or arming Syrian rebels so they can shoot us. Or spying on me.

This is the constant liberal tax time dilemma. On the one hand, I am philosophically committed to the idea that the government should be active. I want social security so old people aren't left to die in the street; I want national single payer health care so when you get sick you don't have to sell meth and become a drug kingpin like that guy on Breaking Bad; I want safe national day care and decent public schools and three-week mandatory vacations for all. I want us to be a big old mushy socialist state with a safety net that's more net than holes. If I had my druthers, I'd be paying more in taxes, not less.

So I want to like the government. I want to feel like my taxes are going to help out my neighbor. And yet, I can't help but notice that, in practice, I'm often happier when the government does less. The sequester, for example: I know that the cuts are hurting lots of social programs, and people who don't have much leeway to lose anything need those programs and that money. And yet, at the same time, you read stories like this, about how funding cuts mean that the government has to release immigrants from deportation centers. Or you realize that sequestration is the only way we'll ever cut defense spending ever.  And you think, well, jeez, maybe assholes like Steve King are right. Maybe we should just cut taxes and then cut taxes some more, till there's no money for bombs and no money for spying and no money for King, either, and he can just sit there in his Congressional office for free flapping his hands and trying ineffectually to disperse all the immigrants his tax policies have happily made it impossible for us to deport.

Having Obama in office makes the whole dilemma especially bitter. He's a tax and spend liberal like me; he talks eloquently about how we need to take care of each other and how government is there to "open up opportunity and create ladders of opportunity and to create frameworks where the American people can succeed." And then he turns around and tells you that instead of using your tax dollars to help people succeed, he would prefer to send them to the far end of the world where they can be used in the Middle East's never ending entrepreneurship of carnage.

Lyndon Johnson famously explained the liberal dilemma of butter vs. guns: “I knew from the start that I was bound to be crucified either way I moved. If I left the woman I really loved—the Great Society—in order to get involved in that bitch of a war on the other side of the world, then I would lose everything at home. All my programs... But if I left that war and let the Communists take over South Vietnam, then I would be seen as a coward and my nation would be seen as an appeaser and we would both find it impossible to accomplish anything for anybody anywhere on the entire globe.”

Johnson ended up choosing the bitch so people would think he was tough. And… hey, what a surprise, here's Obama doing the same, and probably for the same reason. It's almost like people who spend their entire lives in the pursuit of power have a morbid fear that someone, somewhere, sometime might think that they weren't powerful enough.

But I just signed a check to make sure that doesn't happen. My money makes our government strong, and you can tell it's strong because it can kill random people on the other side of the world for no good reason and to no good purpose. Maybe you pay out of a bleeding heart, but it often seems like all you ever get to pay for is blood.