The Maryland governor is often his own worst enemy. 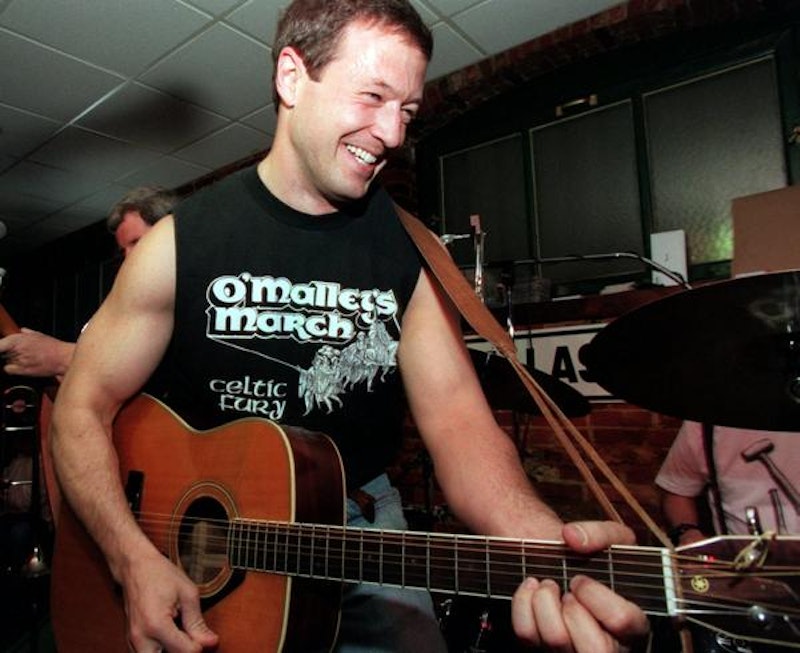 Maryland Gov. Martin O’Malley (D) has a knack for making a bad story worse. It may be his smug flippancy or his off-handed public-be-damned demeanor that is the irritant. But the man does have a way of getting under people’s skins.

The story of the city’s prison gone amok was disturbing enough. But O’Malley caught unalloyed grief when he described as “a learning experience” the FBI report documenting how a single bad-ass inmate controlled the Baltimore City Detention Center and the flow of contraband and sexual favors within the prison walls through the quiet connivance of vendible guards.

In the great bloviation of words about the errant phrase, editorialists and columnists went nuts. The public was outraged over O’Malley’s attempt to spin a sow’s ear into a silk purse. But it’s likely that O’Malley’s smart-alecky attitude caused the recoil more than the words themselves.

To that point, O’Malley’s attempt at uplift and possibly casual dismissal caused a series of secondary stories to stretch out for a week or more beyond the normal lifespan of the average government report. What was lost in all of the fuss over O’Malley’s glibness was the fact that the state had actually invited the FBI to conduct the investigation. It didn’t sell, though, because somehow we, the people, were supposed to benefit from the damning report.

And he did it over again last week in an act of executive redundancy. O’Malley appointed a task force to deal with gang problems and corruption in prison system without consulting legislators. The General Assembly had already appointed a study group of its own, scheduled to meet this week. As a result, some legislators have vowed to act on their own discoveries and ignore the actions of the Governor’s group.

O’Malley could easily have avoided both awkward encounters. In the first instance, he could’ve thought first and chosen his words and his sentiments more carefully. And in the second, he could’ve conferred with legislative leaders and asked, for example, to expand the study group by including several of his appointees into a joint task force.

But O’Malley has a rap sheet of rapscallion behavior dating back to his days as mayor of Baltimore. Once, in a beneath-the-surface rage, O’Malley drew a crude storyboard of stick figures to illustrate for judges the various steps of how to try a case. Some found the rudimentary lesson endearing. The persnickety judiciary was not pleased.

On another occasion, O’Malley, a former prosecutor, admonished the Baltimore state’s attorney of the moment, Patricia Jessamy, to “get off her ass” and start prosecuting criminal cases. Some were amused by O’Malley’s outspokenness about crime, but there was outrage among black women, who form a huge voting bloc within the city, over one of  their own being held up to apparent ridicule.

Despite O’Malley’s efforts, verbal and appointive, the prison problem will not vanish by some magical sleight of hand or pious phrase. “It’s ugly, and the deeper you get, the worse it gets,” Sen. Brian E. Frosh (D-Montgomery) was quoted as saying. Frosh is chairman of the Senate Judiciary Committee and a probable candidate for attorney general.

Prisons are bad places for bad people. And in the case of the city jail, even 13 of the guards were found to be bad characters, according to the FBI report. They were accused of conspiring with the Black Guerilla Family to smuggle contraband—cell phones, drugs and other illicit goods and favors—into the prison. The jail’s malevolent kingpin, Tavon White, impregnated four female guards, enjoying all the pleasures of a tax-funded brothel within the prison’s walls. But, to hear O’Malley’s chirpy description, it’s all a learning experience.

The raindrops in your driveway are about to get you a tax bill. Citizens with pitchforks, Tea Party troglodytes and other participatory reactionaries are publicly upset with the oncoming Watershed Protection and Restoration Program, known locally in the pejorative as the “rain tax.”

And right up front, Maryland’s Department of the Environment, on its website, resents the mocking sobriquet, rain tax, as an unfair characterization of the fee, tax, levy, surcharge, whatever. They argue that there are already 1314 such stormwater utility fees established in 39 states, as near and far as Philadelphia, PA, and Norfolk, VA.

What has the good burghers’ boxers twisted is not the money itself, which can be considerable, depending on the locale, but the fact that it snuck up on them without warning or debate. And, as is often the case, the new fee is a mandated administrative order, and not an act of Congress, by the Environmental Protection Agency. It is, simply put, a federal agency mandate without accompanying federal funding. (Jonathan Turley, a constitutional law professor writing in The Washington Post, argues that administrative agencies have become the fourth branch of government by usurping Congress’ authority and upsetting the intended three-branch balance of democracy.)

Following the EPA’s order, the Maryland General Assembly passed a law in 2012 that requires the 10 most populous subdivisions—nine counties and Baltimore City—to adopt fee structures by July 1 that will be used to help limit pollutants from stormwater runoff. The fees vary dramatically among counties, from a few dollars to several hundred. And remember, this is in addition to the $3.50 a month “flush tax” that was enacted under Republican Gov. Robert L. Ehrlich Jr.

The theory is that pollution, in its many and pernicious forms, is collected and conveyed by rain and snow from many surfaces, flat and otherwise, and enters the stormwater drainage systems that eventually empty into different waterways that all lead to the Chesapeake Bay. (In the early 1900s, Baltimore became the first major city in America to dig up its streets and install separate sewage and storm drainage systems.) The theory does not take into account that there are more than 250,000 boats registered in Maryland, most of them recreational, meandering the watery playground in and around the Bay. They also generate rain and other toxins.

There are several concerns and questions about the rain tax. Everyone who lives and breathes in Maryland knows the main sources of nitrogen pollution in the Chesapeake Bay are the chicken farms on the Eastern Shore and the developers who are bulldozing away at Maryland’s 7719 miles of shoreline, including the inland waterways that feed into the bay. Yet the very same EPA has just awarded the poultry industry another year’s grace period to continue allowing chicken by-products to ooze into the Bay and continue poisoning its waters.

The residents of 10 subdivisions are being required to turn over millions of dollars to state and local governments with little visible means of accountability. Baltimore Mayor Stephanie Rawlings-Blake has already announced that she would like to use a chunk of the money to reduce property taxes in Baltimore, the highest in the state and double that of any county. Now let’s see if we’ve got that straight. Rawlings-Blake would like us to pay higher fees on the one hand so she can reduce our taxes on the other.

Marylanders are very protective of the Chesapeake Bay, especially those whose lives and livelihoods it affects. And they have proven time and again that they are willing to take whatever measures necessary to protect and sustain the aquatic treasure that H.L. Mencken described as “the world’s greatest protein factory.”

Yet there is the nagging sense that the rain tax could be another boondoggle at best and a money-grab at worst. Much of the money that is earmarked for pollution relief will never see a contaminated raindrop. If this is simply another case of millions disappearing anonymously into general funds and reappearing for another purpose, it’s better to delay the tax and assure its proper destination with adequate safeguards. Already the mayor of Baltimore has her hand out along with a detour plan for the money.