It’s the end of the world! 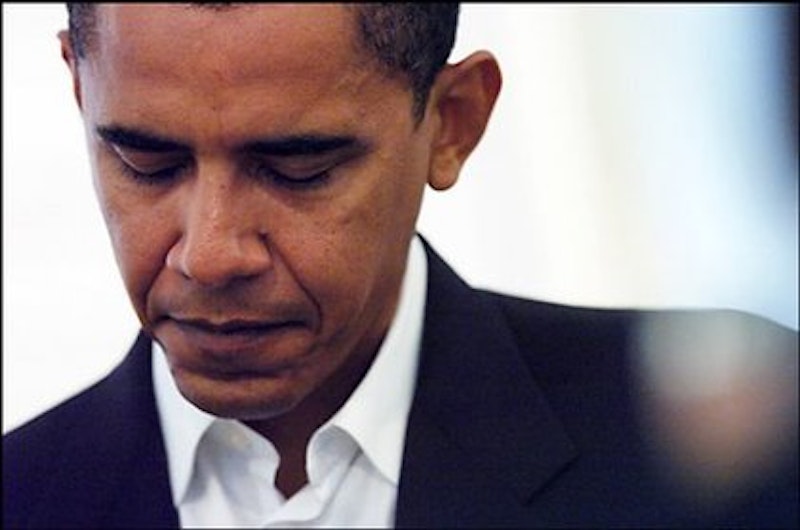 The debates don't really matter that much. This is not a secret; in the run-up to last night, lots of people (like Jonathan Bernstein) pointed out that (a) virtually everyone has already made up their mind at this point, (b) people who haven't made up their mind tend to ignore politics completely, and probably didn't even know a debate was going on. To this it's probably worth adding that debates are going to be, if anything, less important this cycle, since early voting is increasingly popular and has already started. It's very unlikely that the debates are going to change the votes of people who have already voted in Iowa.

Of course not. Instead, many Obama supporters reacted as if the debates were the political equivalent of Obama admitting that, hey, the birthers were right all along. Tim Wise 's Twitter feed spewed frustration and spittle as he declaimed that Romney "won this debate by an f'ng landslide because the president is so cautious and surprisingly weak." Even more hysterical was Andrew Sullivan, who emitted a bleating, despairing cry from the cross: "How is Obama's closing statement so fucking sad, confused and lame? He choked. He lost. He may even have lost the election tonight." Even statistician Nate Silver, who should know better for algorithm's sake, compared Obama's performance to the Romney debate right before Gingrich surged by 22 points. If Romney surges by 22 points, I solemnly promise to turn into a zombie and eat Nate Silver's brain.

I understand the frustration. Obama was not especially effective, and absolutely refused to attack. I wish he'd pointed out just once that firing Big Bird actually results in someone losing their job. Raising taxes may reduce job growth, but cutting government spending, and firing people from government jobs, is an even surer way of increasing unemployment. Public sector jobs are jobs, and the contraction of the public sector is currently the main driver of joblessness. How hard would that have been to say?

But if the debates weren't going to matter that much on Wednesday morning, they still aren't going to have mattered much on Thursday morning. Obama didn't do himself any favors, and both pundits and the public think he lost. But he didn't pull a Rick Perry—there was no catastrophic gaffe. Polls may shift slightly towards Romney, and pro-Obama folks are going to have to live through a few cycles of Republican crowing and general media concern trolling. But the race isn't fundamentally altered. So to all you madly flapping, pro-Obama pundits, I say to you: chill the fuck out.