Obama's Out of Bounds 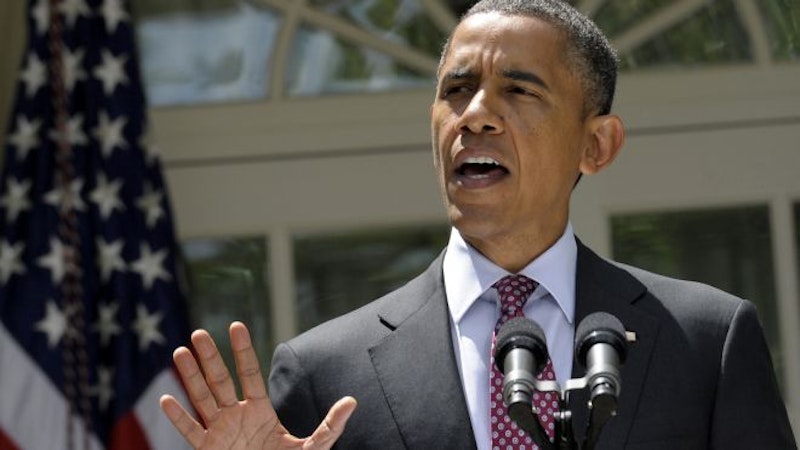 Who needs a Congress? The White House is now in the business of creating and amending legislation on its own.

The Obama administration has singlehandedly changed the terms of the Affordable Care Act, a law it pushed for and was passed by Congress. The original law mandates that it was to take effect after December 2013 but under pressure, the administration has made changes to make it more convenient for businesses to comply. A few examples of the changes: Businesses with between 50 and 100 employees are exempt from compliance until 2016. Businesses with over 100 employees are now required to cover only 70 percent of full-time employees in 2015, with 95 percent from 2016 on, and no requirement for 100 percent coverage at all. Businesses that are not included in the one-year delay for smaller businesses but believe they should must certify under penalty of law that they did not reduce their workforce to qualify for the exemption. The administration has also relaxed rules for some occupations.

What’s next? What other changes will be made? Who will be exempt from what? And when? When the President is done making his changes, will this Act resemble anything close to the original passed by Congress? Actually, none of these questions should matter because the President has no authority to do this in the first place. The Constitution is clear on the job of the three branches of government. In a nutshell, the Legislative branch passes the laws, the Judiciary rules on the constitutionality, and the Executive executes them.

Obama is not the first president to be accused of overstepping his authority and won't be the last. His actions may be with good intentions, but that doesn't make them constitutional. The purpose of the Constitution is to delegate specific powers to the federal government. The 10th Amendment is clear: "The powers not delegated to the United States by the Constitution, nor prohibited by it to the States, are reserved to the States respectively, or to the people."

The separation of powers and system of checks and balances that exists within our government is designed to prohibit abuse of power and prohibit any one branch from having more power than the others. History has taught us the dangers that come with wielding unchecked power.