In Politics, the First Casualty is Truth

Maryland’s Gansler learns the hard way in his campaign for governor. 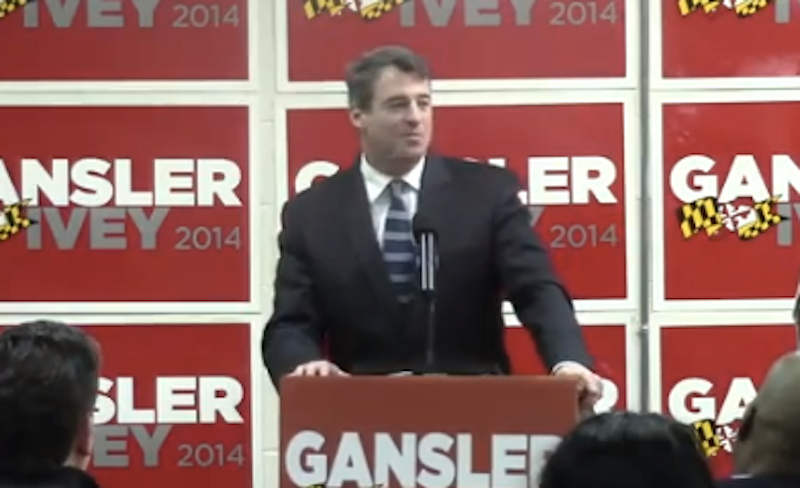 Attorney General Douglas Gansler chooses his words carefully and his thoughts recklessly. Often they come back to bite him. But his latest grammatical misadventure was more right than wrong. Prince George’s County has a severe case of arrested development. Their politics are stuck where Baltimore City’s were mired 50 years ago.

Gansler was in PeeGee recently to open a campaign headquarters on the turf of Lt. Gov. Anthony Brown, his principal rival for the Democratic nomination for governor. But on what was to have been a felicitous occasion, Gansler’s combustible but accurate remarks touched off an irate and defensive rebuke from the county’s elected elite.

Gansler was viewed as damning the county with faint praise, according to quotes reported in The Washington Post. “There’s no development around them [Metro stops],” Gansler said. “There’s no economic development.”

Gansler added that when he was growing up, “You couldn’t shop in a mall in Prince George’s or go to a restaurant with a tablecloth in Prince George’s. You had to come to Montgomery County or Anne Arundel County. And it’s not that different now.”

Adding a measure of insult to the injury in the 73-percent black county, Gansler continued his persnickety recitation: “There will be people that stand in front of you and say we have the No. 1 schools in the country. If you’re born white and you’re born in a nice zip code, you get to go to a really good school in Maryland. But if you’re not, there are some rough, rough schools.”

But the exercise in cultural anthropology soon turned political. Two dozen PeeGee officials, mostly Brown supporters, that included Senate President Thomas V. Mike Miller and House Minority Whip Steny H. Hoyer, responded in a letter with a massive Bronx cheer. They wrote that Gansler’s remarks were “demeaning… outdated stereotypes” and that “nothing could be further from the truth.”

Gansler’s observations were no more misdirected than what PeeGee officials themselves have been saying for years. They have long complained about recognition, disrespect, lack of amenities and social parity with the counties around them. Nonetheless, Gansler’s remarks touched an exposed nerve. Prince George’s is attempting to recover from more than half a century’s reputation as a bossed-and-bought, pay-to-play county that dates back to the Sasser machine and the zoning scandals of the 1950s-60s and probably long before when PeeGee was emerging from a kind of Faulknerian Kudzu country.

Most recently, its county executive, Jack Johnson, and his wife, were sentenced to prison for an elaborate scheme of shakedowns and bribes that involved developers and anyone else who would pay tribute. Johnson’s wife was caught with about $75,000 in cash stuffed into her undergarments as law enforcement officials arrived at their house. And a state senator, Ulysses Currie, was stripped of his committee chairmanship for using his office to pressure state officials on behalf of a supermarket chain from which he was receiving consulting fees that he failed to report.

And for a period of about 20 years, from the mid-1960s through about 1980, the political machine of Peter O’Malley dominated the county and was among the most efficient in the state, often fielding slates that won every elective office in PeeGee. O’Malley’s law firm specialized in zoning. Prince George’s was zoned to let people (developers) in; next door neighbor Montgomery was zoned to keep people out.

And, of course, there had been the greedy hand of Parris Glendening who got caught trying to rig the county’s pension system in his favor as he was advancing from county executive to governor. He fled PeeGee a step ahead of the posse and with reporters yipping at his heels.

PeeGee’s anachronistic system of machine politics has had a discouraging effect on the county’s growth and development. But the county’s voters administered the fatal blow in the anti-tax fervor of the 1970s and stunted the county’s growth to this day: they voted to cap property taxes. PeeGee taxes cannot be increased without voter approval.

Thus the county’s tax rate is capped at 0.96 per $100 of assessed value as compared with Baltimore City’s property tax rate of $2.248 per $100, more than double that of any other subdivision. Simply put, Baltimore taxpayers contribute mightily to helping pay the city’s way; PeeGee’s parasites shortchange their own existence and complain about the tough love.

A case in point: Prince George’s lacks a first-rate medical center for which its new county executive, Rushern Baker, had been lobbying. In a vote-endorsement tradeoff, the new teaching hospital will cost Maryland taxpayers at least $600 million so that Miller could get the casino of his choice at National Harbor, a mini-city on the PeeGee banks of the Potomac. The MGM casino, Miller’s anointed franchisee, which magically became Baker’s preferred location, was one of three sites under consideration. Some would argue that Baker’s hold-out was smart politics. But $600 million is a high price to pay just to cater to Miller’s wants and his warm embrace of gambling and development interests.

For years, developers by-passed Prince George’s for the more genteel environs of Montgomery, Howard and Anne Arundel Counties. They took the detour mainly because of low incomes and high crime rates. They knew the requisite mating dance involved hiring the right lawyer who would make the right connection to further the purchase. The paradox: In PeeGee, low wage-earners and poor-performing schools co-exist with Mitchellville, the wealthiest black enclave in America. Also in Prince George’s there are more car thefts in that single county than in the entire state of Maryland.

Then, too, PeeGee is home to Andrews Air Force Base, parking lot for Air Force One, as well as FedEx Field, home (astro)turf of the Washington Red… do we dare say Redskins in this era of neutered language, artificially mandated diversity and ethnic cleansing? Prince George’s is also host to the state’s flagship public campus, the University of Maryland at College Park.

Tablecloths are status symbols except in industrial retro eateries. Brown or his handlers, in response to Gansler’s gourmandise snark, launched a Facebook questionnaire for fans to list their favorite restaurants. Several were mentioned, including Busboys and Poets, Pasta Plus and Jerry’s Seafood. But in PeeGee, the best culinary bets are the Hot Pockets and burritos at 7-Eleven and the ribs at Tommy Broadwater’s joint.

Gansler has overdone it before with his quick lip and hot-dog antics. But on this occasion he was bum-rapped. Early on, Gansler got into a kerfuffle over mimicking Brown’s elect-me-because-I’m-black candidacy. That was followed by State Police assertions about Gansler’s dangerous back-seat driving habits in his Trooper-chauffeured state vehicle. On top of that came Gansler’s awkward handling of a beach house tableaux of young people holding red plastic cups that may or may not have contained alcohol.

All in all, it’s been an unintentionally unconventional launch of Gansler’s campaign for governor. But he probably wasn’t going to carry Prince George’s anyway even though his running-mate, Del. Jolene Ivey, represents the county and her husband Glenn is PeeGee’s former state’s attorney. Gansler’s no rookie. He should have known that in every campaign the first casualty is truth.