Democracy is ugly in any context. 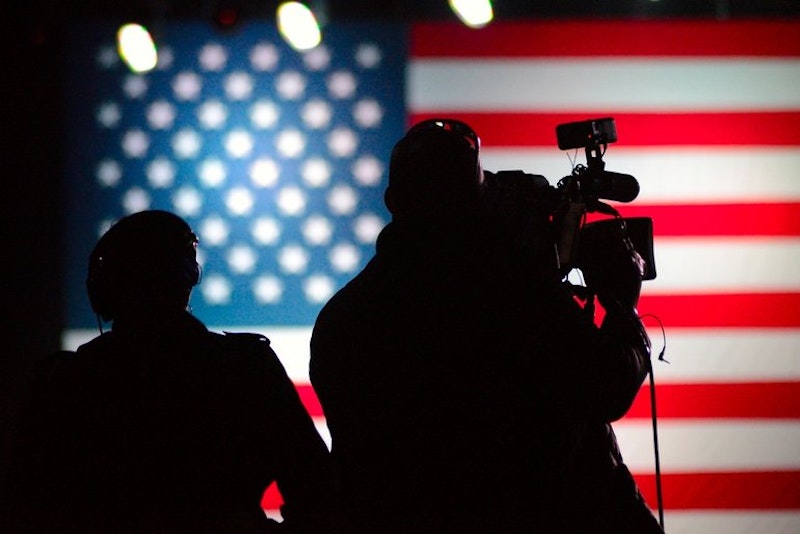 The political media pretends that issues matter. Mitt Romney's comments about the 47 percent in the 2012 election, as one of the biggest news stories of the cycle, we're supposed to believe that that really hurt him. The recent CBO report that Republicans spun as meaning Obamacare hurt jobs—that's supposed to be "devastating" for Democrats. And so forth. Voters, we're told, pay attention to the media, learn what politicians stand for, figure out how those politicians' policies affect them, and then cast their ballot. If Romney says he has contempt for 47 percent of Americans, he'll lose votes. If the Democrats are linked to a policy that hurts the workforce, they'll lose votes. It’s obvious.

It may be obvious, but it's also wrong. In a response to a question I asked him, political scientist Jonathan Bernstein wrote a post in which he explains that, in fact, as best as experts can figure out, issues have very little effect on national elections.

I'd start with the idea that party identification is a huge factor in vote choice, which tends to strongly limit the additional direct effects of any particular policy issue. Then on top of that is a basic "How are things going?" effect, which is largely (although not necessarily exclusively) about the economy, but less in terms of policy positions than just whether it's perceived to be good (helping the in-party) or bad (helping the out-party). And then add to that perceptions of the president, which in turn are largely but not exclusively determined by party and the economy.

Most people vote with their party, and beyond that what’s going to affect votes is whether the economy is good or bad, regardless of policy. If Obamacare actually does cause the economy to nosedive, that'll hurt Congressional incumbents, whether Republicans or Democrats. But spinning a random report to tell people that one party is hurting the economy—you might as well get on TV and burble like the Swedish chef making squirrel stew. You'll convince as many people one way as the other.

If issues don't matter, then much of the horse-race political media is completely irrelevant, which is rather a cheering thought. Other implications, though, are less sunny. For example, I’d like to believe that the Republican Party damages itself when it endangers the world economy by irresponsibly threatening not to raise the debt limit. I'd like to think, too, that Republicans’ opposition to policies that have overwhelming support in the electorate—like tax increases for the rich—would hurt them at the polls. But the truth is, they almost certainly won't.  It doesn't matter how wacko Republicans get; it doesn't matter whether they nominate a corrupt pragmatist like Christie or a barmy moral scold like Santorum or a hard-core libertarian like Rand Paul. If the economy is crap in 2016, they'll win.

The fact that issues don't matter also makes politicians appear, if possible, even more contemptible. Obama, for example, has often behaved in a craven manner for political expedience. During the 2008 campaign, he spoke explicitly against same-sex marriage. He disavowed his former support to pander to prejudice and hate, only switching his position when the polls finally showed most people supported gay marriage in 2012. His approach to Muslim prejudice has been similarly craven; terrified at the right's efforts to link him to Islamic jihadists, he refused to visit a Sikh temple on a trip to India because he would have had to wear a headscarf and he was worried about the images that might show up on right-wing websites.

This sort of kowtowing to bigotry would be repulsive under any circumstances, but it's especially bitter when you realize that there's little reason for it. The people who would condemn Obama for supporting gay rights or for wearing a headscarf—they weren’t going to vote for him anyway. It's true as Bernstein notes that "even very small effects can make a huge difference," in close elections. But the 2008 election wasn't close, and the visit to the Sikh temple was to be after the 2010 midterms, suggesting that the President was worried that a photo of him in a headscarf two years before 2012 would somehow have an appreciable impact on the electoral results. Which is insane. He could have taken a stand on principle and shown leadership on these issues, and it would have made no difference to his reelecction.
His spinelessness was nauseatingly gratuitous.

The public won't throw out the wackos for being wackos. The operators jettisoning morality for political expedience are victims of their own cynicism, not of electoral realities. Democracy is an ugly business in any context. But it’s even uglier when you realize how much of it occurs in a vacuum.