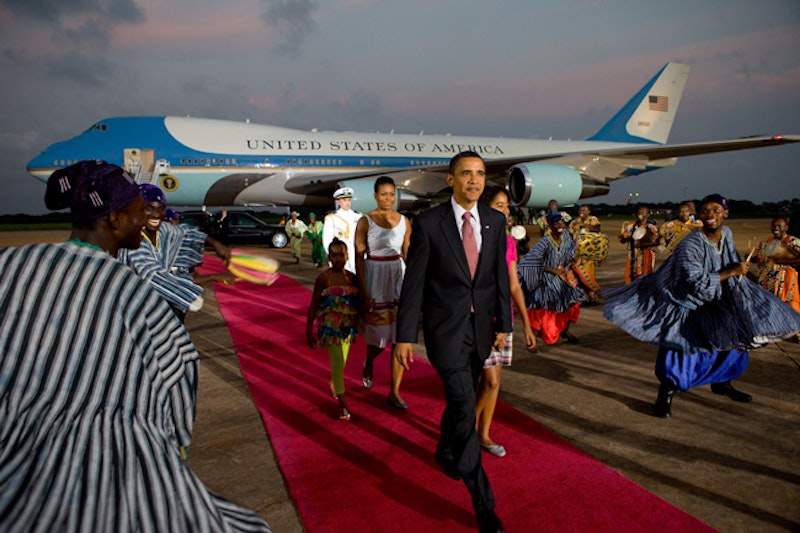 The sun has set on 2010, ending the first two years of Barack Obama’s presidency. No less a conservative commentator than Charles Krauthammer has complimented the President’s handling of the lame duck Congress. Don’t Ask Don’t Tell has been repealed; a new START treaty with Russia has been ratified; and Obama signed a tax cut compromise with Congressional Republicans that in effect adds a huge chunk of stimulus spending to the lagging economy.

From the stimulus package to health care and to the tax compromise, Obama’s victories come in bundles, with long stretches of anxiety in between (Matt Yglesias reminds readers of other benefits wrapped up in the health care package). Some of this is the result of Candidate Obama’s greatest strength: the ability to the play the long game, well after mainstream punditry grows restless, waiting until the right edges of the issue are softened. Some of it is the result of luck and bad political maneuvering.

If the slug “Change We Can Believe In” has grown stale, it’s because a lot of people forgot just how partisan the electorate has grown. That slogan, despite its bipartisan/post-partisan overtones, was always more of a rallying cry for the Left than the Middle. It might be silly to deploy the phrase nowadays, but I feel cautiously comfortable that President Obama has, for the most part, made good on his campaign.

Just before his inauguration—and the financial collapse and subsequent recession—the width and depth of America’s socioeconomic strata wasn’t in good shape:

In the United States, wealth is highly concentrated in a relatively few hands. As of 2007, the top 1% of households (the upper class) owned 34.6% of all privately held wealth, and the next 19% (the managerial, professional, and small business stratum) had 50.5%, which means that just 20% of the people owned a remarkable 85%, leaving only 15% of the wealth for the bottom 80% (wage and salary workers). In terms of financial wealth (total net worth minus the value of one's home), the top 1% of households had an even greater share: 42.7%.

Progressive taxation isn’t always a good thing, because there are no constants with tax policy: sometimes taxes need to go up, and sometimes they need to go down. But the arc of America’s economic fundamentals has been bending toward mired disaster for a long time now, the result of systemic inequalities, terrible politicking and governing from all sides, and a pervasive short-sightedness worsened by never-ending presidential campaigns, rabid and engorged mainstream media, and an anxious electorate.

The Obama presidency has, so far, been a check on some of the more disastrous trends in American government. Economically and socially, he has held the line in such a way so as to leave the next president something to build on; he has held the line for a calmer, center-Left style of governing.

I’ve been vastly more disheartened by the actions and politics of those few “centrist” senators who, by dint of the structural inequalities in the Senate, have been able to play legislative kingmaker over and over. That the Democratic Party is now the “big tent” party is a mixed blessing. We have to deal with the incoherence of Joe Lieberman and Max Baucus, and yet don’t suffer quite as badly from epistemic closure/cognitive dissonance as Republicans this time around. I’m proud that my political party is making some important, if incremental, changes.

There are still massive, looming issues that demand attention from a political culture that ties itself into knots over every gaffe. Immigration, climate change, drug policy, prison reform—this country is just too big, too vastly complicated for any one president (or any one political party) to handle. Some tough compromises can and will have to be made; bipartisanship will look like gross partisan warfare; and both sides must take what they can get, one step at a time.

Democratic politics are criticized for its reliance on the federal government as the engine of societal progress. At this time in our economic, cultural and political history, free markets, deregulation and regressive taxation have little sunlight to grow. So many established institutions—Wall Street, the War on Drugs, health care, education—are pitted with systemic failures. Some of the solutions aren’t sole provenances of the Left—a libertarian-ish approach to drugs, a more flexible, conservative approach to education reform—but I am confident a more practical, pragmatic liberalism is exactly what this country needs for its midterm future.

Obama might not fought every political battle the Left wanted him to (the public option comes to mind), but he is setting an important precedent for his party, a political approach that has proven more fruitful than any other since perhaps LBJ: the patient long game.