Not All Traditions Are Meant to Survive

The annual presidential State of the Union speech has run its course. 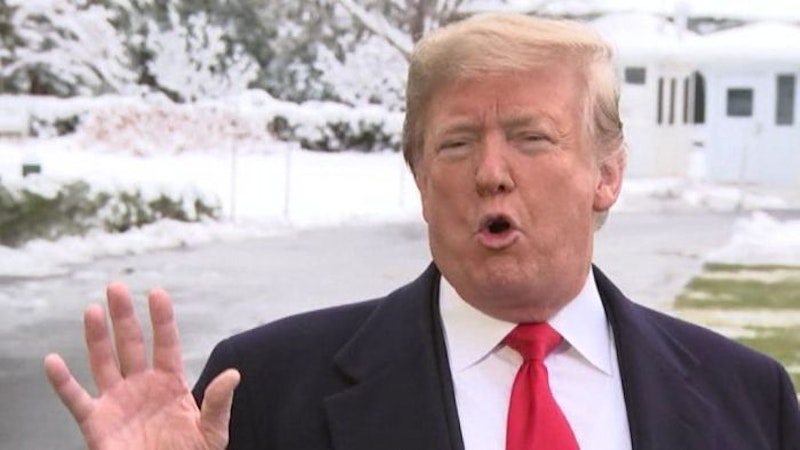 Last week The Wall Street Journal’s Peggy Noonan waved an American flag at her readers, all worked-up in an op-ed column about the “scandal” of Donald Trump and Nancy Pelosi not speaking to each other during the government shutdown, and delaying—or perhaps cancelling—the annual presidential State of the Union address to Congress and the country’s citizens. (It’s now scheduled for Feb. 5.) “I’m hearing a lot of ‘good riddance’ about the speech, but that’s shortsighted and ignorant,” she wrote.

I’m in the “good riddance” category. The last SOTU I watched was George W. Bush’s in 2002; before that it was one of Bill Clinton’s content-free de facto filibusters in the mid-1990s. Noonan cites opening lines from past presidents such as Wilson, FDR, Truman, Ford and Reagan, but doesn’t acknowledge that the address has little meaning today, an era when countless traditions have slipped into obscurity. She protests: “It matters what they say! Not only to the moment but to history.”

But it doesn’t really matter anymore: even before Trump ditched lesser “that’s the way things are done in Washington” frivolities, such as the White House Correspondents Dinner, frequent televised addresses from the Oval Office, and any pretense of regular press conferences, the SOTU was a dead duck. Just like the once highly anticipated quadrennial political conventions, which have become mere days-long commercials for the Republican and Democratic Parties. Noonan admits that the speech has devolved into a “laundry list” of policy proposals that’ll soon be forgotten, and that “the language has become phony,” but still insists, “it’s a night when our democracy struts its stuff.” Right, strutting its stuff like “The Twist.”

Several decades ago, Noonan was a gifted speechwriter, so it’s understandable she’s somewhat distraught. But the plain fact—as Harry Truman might say—is that the speech means little to history. That’s not to dismiss all presidential addresses as meaningless: Obama announcing Osama bin Laden was dead was significant; as was George W. Bush’s response to 9/11. I can’t think of a single speech of Bill Clinton’s that was important, except to him.

Additionally, I’m no anarchist, but isn’t time to retire the National Anthem that’s sung/performed before sporting events? Unlike many Americans, perhaps a majority, I like “The Star-Spangled Banner,” but not only has it created a pointless political diversion—as if we need any more of those—but even TV stations cut away for commercials when the song’s mangled at a football or baseball game. I also prefer, upon saying “Thank you” for a service rendered, to hear “You’re welcome” rather than “No problem” or “Have a good one,” but times change.

I’m guessing Trump, before the shutdown resumes, will read a ludicrous speech, at the Capitol, and even more than those of his predecessors it’ll be forgotten instantly—aside from some rote derogatory posts on social media—and “history” will be no worse for it. He’ll rail about “The Wall,” the most disgusting symbol of his chaotic presidency, and blather about how extraordinary the economy is, despite complications from the Fed, Democrats and China, and, if he’s feeling particularly nutty, he’ll wave to Covington High School teenager Nick Sandmann in the gallery, and laud him as an example of the country’s promising future.

It’s probably too painful for Noonan to ponder, but what will “history” mean exactly in the near future? Books will be written, but few will read them. Newspaper and magazine essays, once glorified as “the first draft of history,” are a failing craft; by and large, not many people read beyond a headline. Some do, of course, but they’re in a demographic that diminishes every day.

The best book about American politics was the late Richard Ben Cramer’s What It Takes, about the 1988 presidential campaign, a work so detailed and researched that it wasn’t even released until after Clinton won the ’92 election. Didn’t matter: it was a document of the time, and unfortunately all the young people who are impassioned about politics, will never even skim Cramer’s exquisite prose.

One minor theme that makes sense in Sam Lipsyte’s disappointing new novel, Hark, is the fluctuation of history, an idea that would wrinkle Noonan’s nose. Lipsyte writes: “History hides. It hides inside every new iteration of an interpretation… History is both the hidden gem and the man in whom the gem has been noiselessly, perhaps greasily, inserted.” A bit off track here, but Hark, Lipsyte’s first novel since the fine The Ask in 2010, has two major flaws. One, the author is more impressed with himself than usual—not so uncommon for a talented writer—and plays with words to amuse himself, if not the reader. Unlike his other books—I especially liked The Fun Parts, a short story collection—the dialogue is often incomprehensible; his characters wouldn’t talk like that.

Even worse, this is Lipsyte’s extended op-ed on what he perceives as the problems of modern-day America. One of the main characters, Fraz (presumably Lipsyte’s stand-in), rants about the catastrophe ahead of us.

“This age has been cobbled together with old habits at new speeds—greed, war, oppression, xenophobia, spiritual decay. These miseries are our heritage. But the problem is that many of the traditional countervailing forces, such as decency, altruism, social contracts, civic duty, have disappeared.

“Technology was supposed to liberate us, and it does when it comes to things like medicine, but it’s also inflicted immense economic and environmental damage around the world. And also psychic damage. We are watched and pitched incessantly. We are addicted to rectangles of light.”

This is the problem of writing a book for a few years—given Lipsyte’s slim collection of work at 50, I doubt he knocked out Hark in six months. There’s nothing original here. Greed? Xenophobia? Addiction to smartphones? Psychic damage? Already chewed and digested, 1000 times a week.

And that’s the conclusion that Noonan doesn’t want to hear: the political world she was once a part of has disappeared. The world moves too fast.