Costs and benefits of such a measure must be carefully weighed. 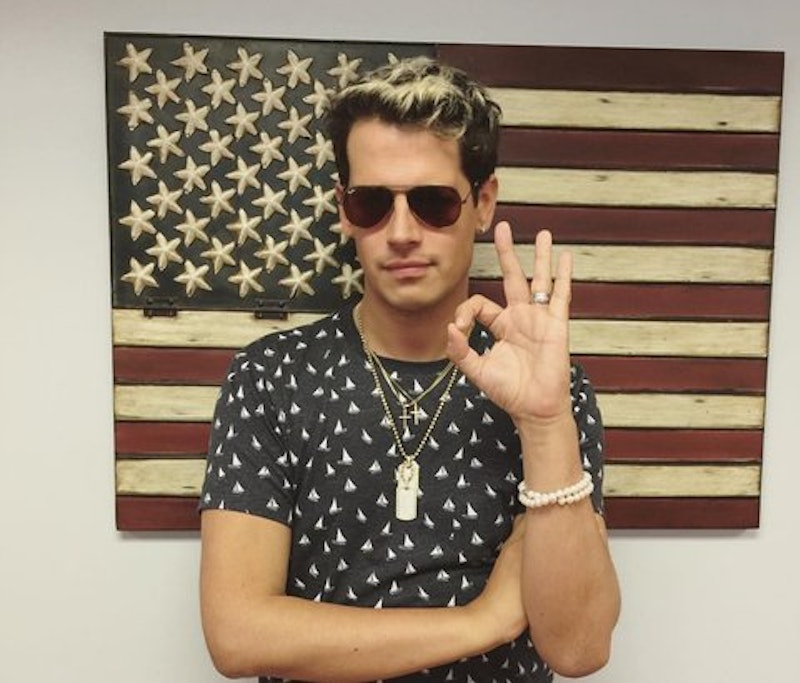 Breitbart provocateur Milo Yiannopoulos is not a nice person. He has a mean streak, directing his vitriol towards third-wave feminists, liberals, college student “snowflakes,” and all of the PC code of behavior enforcers. Maybe he's even a racist. Yiannopoulos is often an asshole, and would probably admit it. He's not trying to be loved. He’s just wrangled a $250,000 book deal from Simon & Schuster, and right on cue the political left exploded in rage. Obviously, nobody’s read the book yet, as it hasn't been written, but the call’s gone out to punish Simon & Schuster with a blanket boycott.

Simon & Schuster's website lists 3,316 new titles released this year. If there’s a similar number in 2017, that would mean that over 3,000 hard-working authors with new books will be punished for the past transgressions of one fellow writer. That's not even counting authors published up until the present. Many writers apparently have no problem with this. One of them, Noah Berlatsky, recently wrote a column for Splice Today in which he detailed his support of the proposed boycott, while leaving it to the readers’ imaginations why this is the best course of action.

Boycott advocates are working a number of angles to make their case. Mainly, the argument is that Simon & Schuster is rewarding white nationalism and even fascism, or that it's normalizing white supremacy. Berlatsky steers a slightly different course. He writes that nobody should be silenced for an opinion, but this particular writer, his publishing house, and all of its authors should be published because of what he’s done.

So what has he done? He's said things. Like announcing that certain people are transsexual, thus allegedly putting their lives in danger. Like accusing people of pedophilia, though he provides no link or supporting evidence. Berlatsky writes of his reluctance to link to Yiannopoulos’ articles (even though anyone can find them), or to name the individuals he’s attacked, because “singling them out has the potential to reawaken the social media hordes, and re-victimize them.”

Let's accept Berlatsky’s premise, and that everything he's charged Yiannopoulos with doing/saying are as he claims. That's a stretch, but it's not necessary to get bogged down in refuting any or all of these points in order to refute his overall argument. Berlatsky cites Ann Coulter as an example of someone who only says bad things, thus her publisher should not be boycotted. She has 1,190,000 Twitter followers and she advocates disenfranchising blacks, as Berlatsky states, but what Yiannopoulos does to a handful of people is much, much worse than what she says? This is an artificial distinction without real meaning. What if Yiannopoulos used his global platform to say that it's his opinion that everyone should out every transsexual they know of, but he personally never outed one of them? Don't boycott Simon & Schuster in this case because he's just offered an opinion?

Let take a quick look at writers who have done real bad things:

Norman Mailer: stabbed his wife in the stomach and almost killed her.

J. D. Salinger: exploited young women, some of whom were minors.

William Golding: by his own admission, tried to rape a 15-year-old girl.

VS Naipaul: tormented his wife for decades, which he admitted might have led to her suicide.

That's the short list. Hemingway messed up most of his family members with what he said/did, so you could throw him in there too. Berlatsky is worried that Yiannopoulos’ book will give him “more power and more validation” to continue to abuse people. Should the publishers of the above writers have been boycotted, or boycotted now, in order to withhold validation for bad behavior or avoid sending the message that wife-stabbing and attempted rape are acceptable behaviors? How are publishers supposed to make such a judgment? Maybe Ann Coulter's publisher should be boycotted before she can advocate for any further rights being taken from blacks.

Berlatsky writes that Yiannopoulos, who’s often prevented from speaking on college campuses by leftist denigrators of free speech rights, is actually the one who “chills speech.” Nice try at turning the tables. Exactly how much speech is he chilling? If you're going to advocate for a boycott that could potentially cripple a major publisher, aren't you obligated to specify exactly why this is the only proper response and detail the plusses and minuses, attendant with such a drastic measure? There’s no mention at all in this article of all the authors who could be hurt. The implication is that they're merely unavoidable collateral damage in a war that must be fought.

Berlatsky’s article fails to make its case. It lists no alternatives to a boycott (book burnings, perhaps?), and doesn't explain why the boycott is the best choice. Why must so many innocent authors suffer and why isn't this issue even raised? Even if Simon & Schuster were to drop him (they've said they won't), Yiannopoulos would become a martyr and get a bigger advance somewhere else. Berlatsky says he doesn't care much about Yiannopoulos’ opinions, but that’s not true, as the flamboyant Brit ridicules everything he stands for in a brutal fashion. Berlatsky could at least be honest about that.