Liberals: This Election Is Not About Principles

Trump must be stopped. 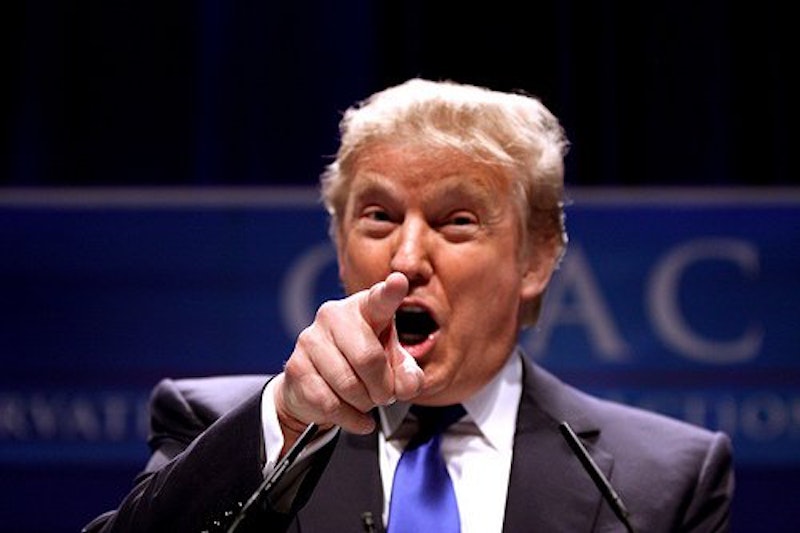 Donald Trump is probably going to be President of the United States. If you say it 1,000 times it makes it much easier to swallow, or so I keep telling myself. Unlike some of my diehard liberal friends, I watched the Republican National Convention because I wanted to see the enemy. And I was totally sold, meaning if I didn’t have my political convictions, I’d be completely sold on Trump. Trump will win not because of his policies. His supporters, it seems, don’t care about policies. And he won’t win because people believe he can “Make America Great Again.” He’ll win because he knows how to make a deceptive, compelling sales pitch. He‘s a salesman who understands his customers better than any other candidate.

I know so many left-wing, liberal people in Europe who believe Hillary Clinton is the devil, that the world will collapse if she’s elected. These are progressives who were for Obama and Sanders and won’t be happy until we live in anarchy. They’ll never vote for Clinton under any circumstances, they say. Cool, cool, cool. But the problem, for me, is that these tunnel-vision principles get in the way of real life. If you're a liberal and don’t vote for Clinton because you have standards, you’re voting for Trump.

This election is not about your fucking principles.

If you vote for the Green Party candidate, for example, to “send a message” to the establishment, hear this: when Trump pumps to the White House in January and appoints two right-wing conservative Supreme Court justices, don’t complain. Don’t complain about the racist remarks he’ll say on national television and don’t feel embarrassed about being American. And don’t you dare say you’re “moving to Canada” when things start going tits up during his presidency. It’ll be your fault.

If you’re a liberal or even an independent, right now there’s nothing more American than voting for Hillary Clinton.

We thought Trump would be squashed in the debates. He wasn’t. We thought his offensive gaffes would slaughter his campaign, but it only gave him steam. He’s unstoppable among his fans, and the only way he can be defeated is if self-righteous liberal voters realize he can win.

We often complain about the Electoral College and say our elections should be based on the popular vote. But that’s how you get a situation like Brexit where 52 percent of people vote and then—boom!—the U.K.’s out of the European Union. The threshold for Brexit should’ve been much higher, more like 60 percent. But this time, maybe the Electoral College system will save us. Maybe “red” states aren’t so “red” anymore, and changing demographics are the answer. Maybe all the Mexicans, Muslims, queers, immigrants, people of color and women in “red” and “swing” states will be enough to save us.

If Donald Trump is elected, you can thank Trump’s wild electorate and every single person who couldn’t bring themselves to vote for Clinton because of their “principles.”