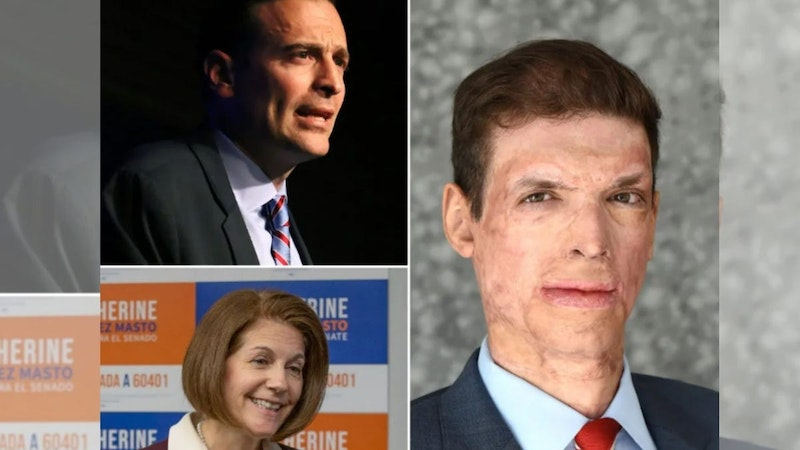 The Democrats maintained control of the U.S. Senate when Catherine Cortez Masto won re-election in Nevada over Republican Adam Laxalt. At least part of the reason for this win is a problem that has plagued Republicans in the Senate in the past few election cycles: third-party spoilers. With 98 percent of the vote counted in this Senate race, the Democrat had 48.8 percent, and the Republican had 48.1 percent. The three other candidates had a combined 1.9 support. They may have cost Laxalt the election.

Also, the Libertarian Party candidate, Neil Scott, got 0.6 percent. In the United States, the Libertarian Party is a right-wing libertarian party. It’s also, in my opinion, a disaster. And Barry Lindemann ran as an independent. He won 0.8 percent and looks like another right-wing libertarian. He’s pro-Second Amendment, pro-choice, for reduced government spending, and thinks the U.S. gives Ukraine too much money. It sounds like a lot of Republicans I know in Massachusetts.

Had Laxalt won his election, then control of the U.S. Senate would’ve come down to a runoff election in Georgia. This is familiar: it’s what happened in Georgia in the 2020, plus a special election runoff on the same day. And there’s a strong case that the Libertarian Party candidate in Georgia in 2020 cost Republicans the Senate. Incumbent Republican David Perdue got 49.7 percent of the vote, Democrat Jon Ossoff took 47.9 percent, and Libertarian Shane Hazel got 2.3 percent. If Hazel wasn’t in the race, Perdue would’ve needed less than 0.3 percent of that 2.3 percent to vote for him (because some would have skipped voting if Hazel didn’t run).

Republicans lost both runoff races, including the special election, in January 2021. Part of the reason for that was former President Trump’s erratic behavior following the 2020 presidential election. While a strong case exists that Hazel cost Republicans a seat in 2020, it looks like what the Libertarian Party did last week. Incumbent Democrat Rafael Warnock got 49.4 percent of the vote, Republican Herschel Walker got 48.5 percent, and Libertarian Chase Oliver got 2.1 percent. The race is going to a runoff.

If the Libertarian wasn’t on the ballot, voters would’ve had three options: Warnock, Walker, or no one. It’s almost certain Oliver cost Republicans more votes than the Democrats. Third-party candidates spoiled New Hampshire Republican Kelly Ayotte’s Senate re-election bid in 2016. Maybe if she were an incumbent seeking re-election this year, the GOP wouldn’t have lost control of the Senate and maintained control in this election cycle. We’ll never know.