There Will Be No Thousand-Year American Reich 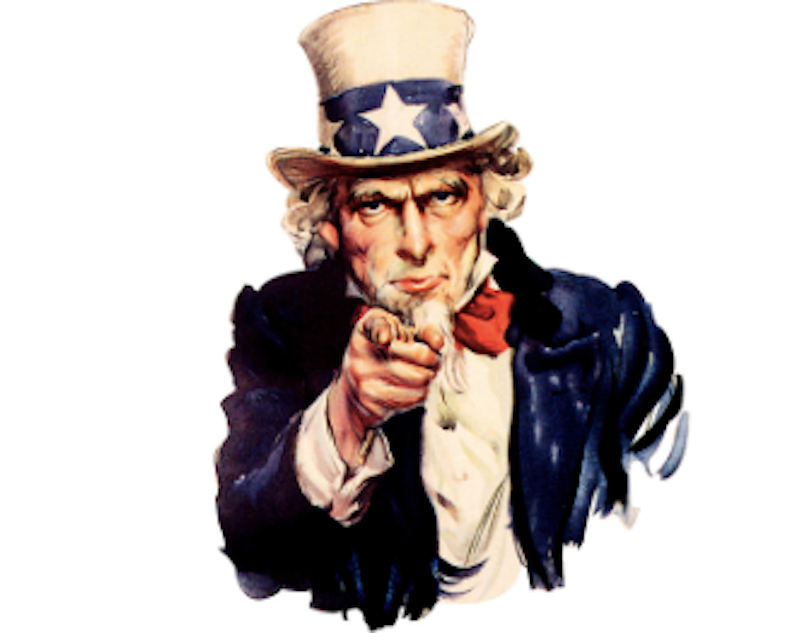 “America is back,” the Biden administration chirped to the world, and the response was predictable. Bitter horselaughs, followed by a pageant of projectile vomiting: firehose-dense jets of spew, blasting Uncle Sam off his feet and across the asphalt into the gutter.

Not that he stayed there. Uncle Sam is a cocksure, cheerful, positive-thinking bastard. He hopped to his feet in a jiffy, straightened his hat and strutted off again, singing “Yankee Doodle Dandy.”

Anyway, I’m referring to this Wall Street Journal article. The picture it paints of the United States’ future as global power broker is a miserable one. The opinion we paleocons have long held of the American Empire—that it’s a repellent joke—seems to have become general in the ministries of the Old Continent. We’ve crossed a certain point. Things, after all, change. There will be no Thousand-Year American Reich. The New American Rome—a weird low-Protestant colossus straddling the globe—won’t even have made it past its first hundred years.

Did I say a “miserable” future? No, hardly. A case, if a weak one, could be made that a Chinese world will be even worse than an American one. (I think there are many upsides to world dominance by an ancient and self-confident Confucian civilization.)

But if you look at the matter in the abstract, a world with less America in it will be a much cleaner, saner, healthier, less deadly one. There will be fewer heaps of corpses in the streets of the cities of the Middle East. NATO, that Satanic and anti-Russian pro-Nazi excrescence, will slowly evanesce into nothingness, leaving Eastern and Central Europe, blessedly, to the disciplining influence of the Kremlin. We might even see the fading of American cultural soft power, that form of leukemia injected into the bloodstreams of civilizations superior to ours.

A certain American way of being-in-the-world seems to be over, and not everyone out here in the Indiana countryside is sad about it.

I’ve followed the “debate” about the advent of “cultural Marxism,” or just plain old “Marxism,” in the United States. Seriously, how addled do you have to be to consider “wokeness” (ungainly name—I prefer to call it the “successor ideology”) a “Marxist” phenomenon? As I’m not the first to point out, the “successor ideology” is by now the official ideology of every American establishment institution, up to and including the Coca-Cola Company. It doesn’t take a genius to understand that there’s something going on here that’s very different from the mere triumph of “leftism” over a resistant and beleaguered “American mainstream.”

And yet here’s a university professor who’s made a name for himself in part by discussing the phenomenon as a “Marxist” one.

I’m not even sure that I consider the “successor ideology” to be anti-American. It seems all too American to me. It’s another hysterical and sentimental religious enthusiasm in a country that’s been defined by them, from the moment that grim pod of fanatics waded ashore at Plymouth Rock; extending through various Great Awakenings and charismatic revivals (chock full of snake-handling, strychnine-chugging, speaking in tongues, etc.) and holy-rolling political crusades under the cross; and culminating in our own times in millenarian-moralistic cults, including those that formed around Jim Jones and the second, idiot, Bush.

February has made me pensive, as it does. As Mother, Sister Marie, and sometimes (if he’s feeling okay) Brother Aiden each day do the stoop labor preparatory to the March plowing of the fallow fields, I’m left to my own devices. I don’t go out in the fields much. I’m the thinker in our little outfit. So my mind drifts to intriguing questions.

This February I’ve been considering an answer to a question that a correspondent asked me, in the context of a back-and-forth about my “alienation” from my native country. (I am a 15th-generation American and a 10-generation Hoosier.) The question was this one, straight from an eighth-grade civics essay: “What does America mean to you?”

At this point it means this to me: It’s the place from which I extract wealth.

Not much wealth, to be sure. Our tiny Christian organic farming community is no gold mine. But, in global terms, not so very little either, especially considering our equities investments, which have appreciated nicely since Mother, an early enthusiast of tech stocks, made them in the early- to mid-1990s.

Put this way, I suppose my relationship to America is that of a hustler to his mark. And that makes me very much like a member of the American elite that I so despise—which in turn makes me quite American indeed.

Thus do I lose myself in supposition on these late-winter afternoons. I must think more about this issue, and I must pray for guidance.