The genuine iconoclast tends to suffer labels from ignorant to insane, from shallow to evil. 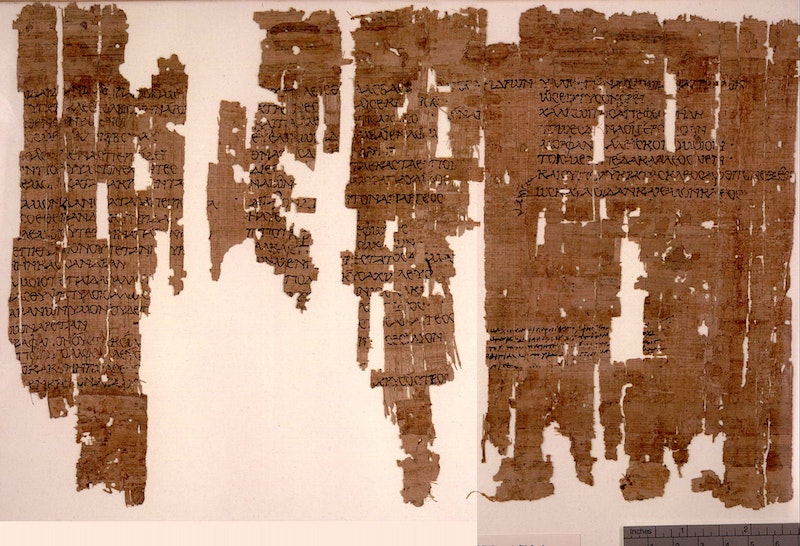 I’ve always refused to identify myself as either an ideological conservative or progressive, which has often led others to do it for me. Some feel sympathy for a specific view of mine, and thus assume I support all of theirs, or they resent something I’ve said and attribute my ignorance to my ideological reprobation.

One crucial reason I’ve resisted totalizing viewpoints such as these lies in the fact that each enjoins upon the individual an intellectual supplication and subordination to orthodoxy. In normative ideological systems the individual must shear himself of unwanted opinions, beliefs, and doubts. While both mainstream conservatives and progressives routinely characterize their enemies as sheep, thereby touting their own independence of mind, one can only get red pilled or woke by acknowledging what has already been articulated by the self-appointed gatekeepers of cultural, social, and political knowledge. The genuine iconoclast tends to suffer labels from ignorant to insane, from shallow to evil.

The Greeks make an important distinction between the kinds of collective norms that demand acquiescence and the rigorous personal morality by which the individual is revealed and realized. Nomoi are the laws and customs of a state or culture, and supervene upon human experience as a framework of action and interpretation. A nomos may be good or bad, and it may differ dramatically from e.g. Athens to Sparta, but society largely and necessarily consists of such legal and cultural regulations and traditions.

The individual ethos, by contrast, represents the innately personal moral fabric of the individual. Though many, perhaps most, ethoi represent social values, the individual must also embody some principles that stand in no primary relation to others. So, for instance, adherence to truth does not rely upon social context for its substance: one could imagine a Newton or an Einstein living in complete isolation no less capably—insofar as he pursues truth—than amongst others. While justice requires social context for expression, other virtues such as prudence or moderation do not.

One may, and indeed must, express through word and action ethoi that do not rely upon the sanction of society or other individuals, yet one may hold values of any kind as ethoi. Thus pursuit of truth may serve as a foundation for social attitudes no less than a purely intellectual commitment. It’s these self-identified and cultivated values that threaten the tribal nomos of contemporary competing political creeds.

The distinction between nomoi and ethoi lies at the heart of one of the most powerful sentiments to have emerged from the Greek philosophical tradition. In one of several dozen fragments which have come down to us from the 6th or 5th Century BCE, the pre-Socratic mystic Heraclitus writes, “ethos anthropoi daimon.” This cryptic remark, untranslatable into English, has been rendered as: Character, for a human being, is destiny.

Anthropoi refers to what you and I are, but the other words are slippery. Ethos, as noted, represents a principle to which the individual is committed to the point of self-identification. Ethoi go beyond beliefs, and represent principle in action (character) subject to the stresses of both an imperfect self and world and the most rigorous self-analysis.

Daimon, the root of our medieval concept of the demon, constitutes the hand of fate, the conditions acting upon the individual with a force greater than we yet wholly personal to each of us. We have a daimon unique to us; it is easy to see the daimon acting from without (a demon), but Heraclitus identifies the force with those principles we embody as individuals.

Heraclitus, of all philosophers, rejects the notion that ethoi are static maxims, as the ideas of universal and constant flux (“all things flow and nothing remains”) and the compresence of opposites (“the road up and down is one and the same”) lie at the heart of his thought. Humans are processes rather than substances, though we differ from the purely material by our ability to govern (at least somewhat) those processes by the powers of our reason and will. Thus dogmatism stands at odds with nature itself. Though Heraclitus recognizes and endorses certain ethoi as superior to others, the heart of his philosophy demands a recognition that we do not grasp immutable truth about the world, as the world is not immutable.

Ethos anthropoi daimon represents the inescapable bond between the life we choose to lead and our subjective human experience of it. Life doesn’t happen to us, yet we don’t forge it solely by our own will. We stand as imperfect, evolving individuals subject to the consequences and fulfillment of our most deeply held principles. We rightly judge such individuals by the realized values that differentiate each of us from one another, and from other possible versions of ourselves. It’s neither the regulation of society nor the quality of some abstract ideology that emotionally fulfill us or reduce us to spiritual misery, but the nobility and practice of those values defined and defended by ourselves.