No Clear Choice for Animals in Virginia Governor Primary

The Sanders candidate, Tom Perriello, is no ally. 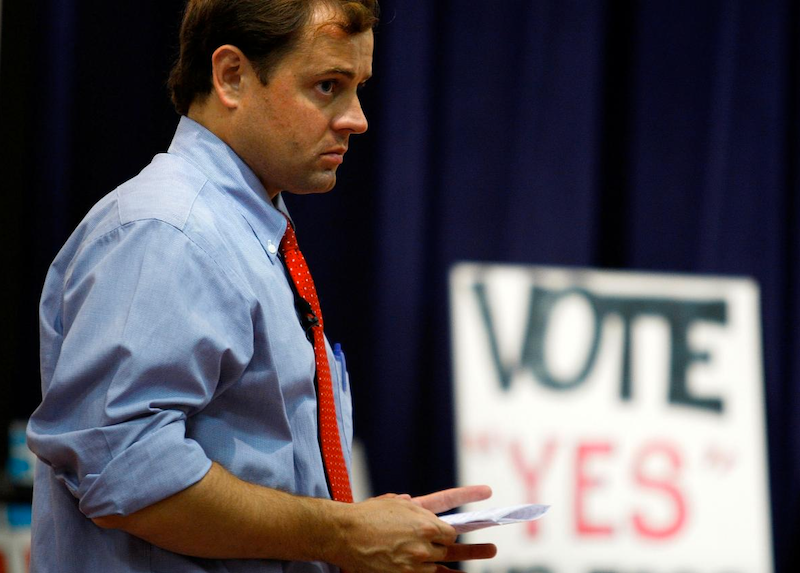 Virginians who care about animals are faced with two bad choices for governor in the state's Democratic primary. Even by the standards of our speciesist society, the candidates—Lt. Governor Ralph Northam and former Representative Tom Perriello—have awful records on non-human issues. Which of the two men would be better for animals is simply unclear. Progressives shouldn’t feel guilty staying home during the June 13 primary, so long as they hold their nose and vote for the eventual Democratic nominee on November 7.

Northam is a proud, life-long hunter and fisherman. While in the state senate, he joined the Virginia Legislative Sportsmen's Alliance and sponsored a bill allowing hunting on Sundays. As lieutenant governor, Northam became the first person in the country holding such a position to join the Governors Sportsmen's Caucus. "I am eager to begin working with the other members of the GSC to advance our collective hunting and angling interests, as well promote effective fish and wildlife management practices," he said, according to the Congressional Sportsmen's Foundation.

On the other hand, Perriello—the so-called anti-establishment candidate in the race, backed by Bernie Sanders' group Our Revolution—was previously in the House of Representatives, where the Humane Society Legislative Fund rated him. Perriello got a 46-percent grade one year and a 47-percent grade the next. He repeatedly voted to stop the Environmental Protection Agency from collecting greenhouse gas emission data from factory farms, to allow loaded firearms in national parks, and to allow the slaughter of wild horses and burros, among a host of other anti-animal positions.

Though Northam and Perriello are awful, I encourage Virginians who care about animals to ultimately vote for whoever is the Democratic candidate for governor. So far as I can tell, there are no progressive third-party candidates in the race, let alone one who has a chance of winning. When it comes to animals, and just about everything else for that matter, the Republicans are abominable. Thankfully, both Northam and Perriello have significant leads over the presumed Republican nominee, Ed Gillespie, according to Washington Post-Schar School polling.

That said, if a Democrat secures the governorship, animal activists should aggressively begin recruiting pro-animal candidates to primary the state executive in 2021.