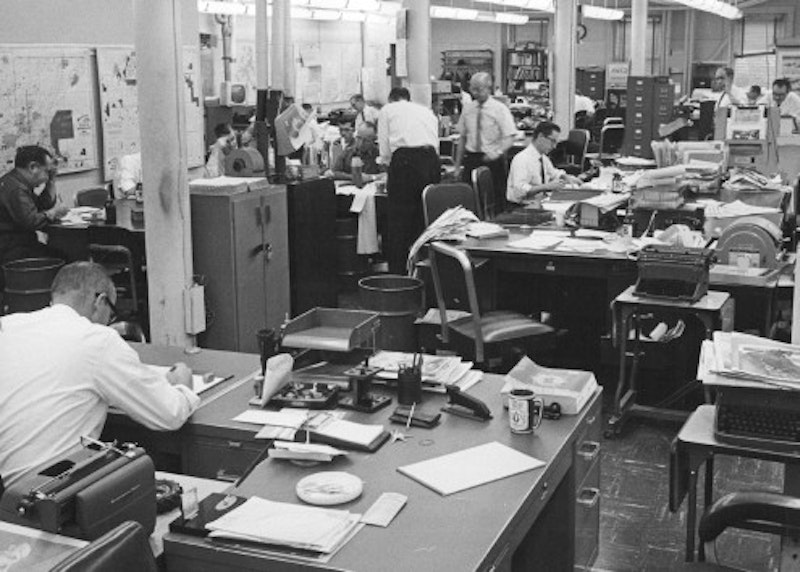 Remember when the dawning of a new day meant the plopping of millions of newspapers on millions of porches?

Remember when the plop meant “Game on,” and the family member the most willing to open the front door the least dressed was the one who claimed the prize?

Remember when at least 75 percent of the DNA of living room lamp switches was newsprint?

The digital-this, digital-that world we live in has dispatched print journalism to the dumper. The heads of thousands of reporters and editors have rolled in the last decade as newspapers have downsized until some editions don’t weigh much more than a doily.

I kept my cubicle, but lost the thing I couldn’t wait to do five mornings a week: My column. Some of us accepted buyouts. Some were let go. Some, like me, were reassigned to other beats, didn’t much care for it and counted down the days until we were old enough for Social Security.

Soon, I fear, column writing for newspapers will exist only in yellowed clippings from yesteryear. The sort of column I wrote was routinely found in middle-sized papers. Its author made you laugh, stirred your emotions and introduced you to an assortment of characters you’d never have met otherwise. In my case, this meant Appalachian snake-handlers, a 91-year-old woman who wouldn’t stop bootlegging whiskey and a young man who got paid for being mosquito bait.

After the last newspaper is printed, waves of nostalgia will wash over the land. Once-upon-a-time columnists will become point-persons for the queries of the curious.

How much technology was required on your first night in 1972? Just the ability to roll a sheet of paper into the ancient Royal typewriter that could’ve been used as a barbell at a World War II boot camp. Perfect for a fellow who does not do Facebook, does not tweet and is a computer zero. When I see “app,” I think somebody misspelled the abbreviation for Associated Press.

What was your first place of residence? A boardinghouse. Rent was 10 bucks a week. The plumbing in the kitchen sink was connected to the bathroom. When I bathed, Ragu Sauce came up from the drain and covered my legs. Colleagues called me “Red Man.”

How primitive were the working conditions? You could never trust the contents of the pizza on your desk. Pieces of the Depression-era ceiling were always falling down. One night, the sports editor thought he was biting into an anchovy and ended up needing dental work.

What were some common nicknames for reporters? The big three were “slick,” “ace” and “stud.” Didn’t hear them after the 1980s, though.

Why? Politically incorrect. “Slick” could mean “pile of bile” to natives of Qatar.

Do you miss it? Every day.

—Garret Mathews is retired from writing the metro column for the Evansville, Ind., Courier & Press. His latest book is Columnists: While We’re Still Around.