You’re not helping beggars by giving them money. 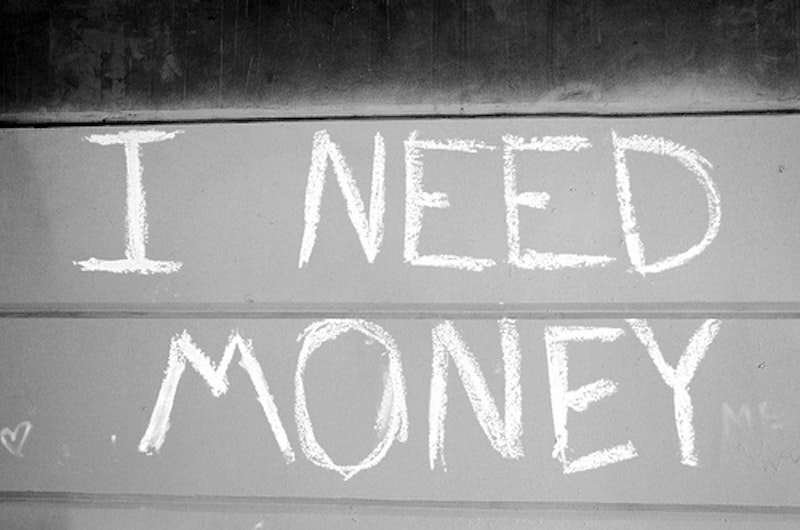 There’s a beggar in the Foggy Bottom area of Washington, D.C. who plays games on his iPad. For the most part, he lets his cardboard sign do the talking:

Sometimes he wears earbuds. Once I overheard him listening to “Tom Ford,” a song from Jay Z’s latest atrocity, Magna Carta Holy Grail. His nickname for me is “ungrateful little white boy.” I assume it’s his nickname for most white George Washington University males.

I bought him coffee once. It was a freezing January morning, so cold that it was impossible not to feel sympathy for anyone who had to work outdoors. “I don’t have any cash, sir, but I bought you a cup of coffee.” I was trying to be polite. He threw the coffee on the ground. “Screw your coffee!” he yelled. I guess he’s not a morning person.

I saw him talking strategy with another beggar once. I didn’t catch much of their conversation, but I did hear his friend say, “You need to draw an eye on your sign. It’s some psychological thing.” That guy sits on the corner of 19th and K Sts. His sign is much more elaborate. It has all the guilt-associated buzzwords: no healthcare, five children, “her lawyers were better,” operation needed, and so on. The eye of Anubis is displayed prominently in the middle. Tomorrow it’ll probably say, “Now accepting credit. Minimum charge: $5. No AMEX, please.”

Some city beggars can make $15-$30 an hour. One Oregon couple consistently makes $30K-$40K of tax-free cash by panhandling. They call themselves “affluent beggars.”

Many beggars don’t make any money at all. They’d rather be working a real job, any job, but they can’t find one. Some suffer from mental illness, and 66 percent have addiction problems. Some really do have families that they need to care for. Twelve million children live below the poverty level. The government has many assistance programs for the homeless, but they’re often not enough. These are the people that deserve our help.

Either way, I don’t give money to beggars out of principle. It’s simple economics: if no one gave money to beggars then there would be no beggars. And even if I did pay panhandlers occasionally, how would I pick which ones to support? Going further, who would I really be doing this for: the beggar, or myself? Am I really altruistic, or am I just trying to assuage lingering guilt or convince myself that I’m a good person? Every now and again I’ll buy a homeless guy a burger or a sandwich, but that’s about it.

Some people beg out of desperation, some people beg out of complacency. I feel sympathy for the former but despise the latter. Those guys are just manipulators and low-grade con men. Sorry if I don’t want to pay to support someone else’s Angry Birds habit. I guess I’m just an ungrateful little white boy.