Chris Hayes Is Worth Reading

A Colony in a Nation is a book of substance by a cable TV host. 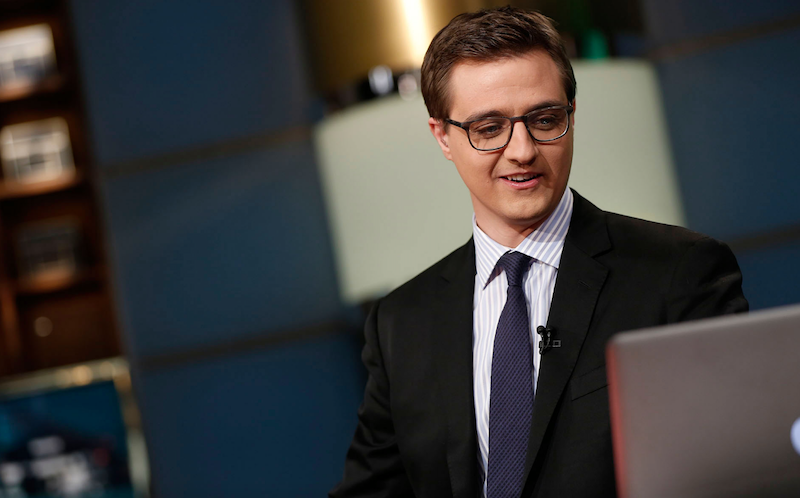 Chris Hayes is a bit of a weeny. He’s a spaz, too, a dork, but nowhere near as insufferable as his colleagues at MSNBC like Rachel Maddow and Lawrence O’Donnell. There’s none of the affected cuteness, talking in questions or leading the audience in circles. He’s not a sensationalist, but a good balance of earnestness and cluelessness. It’s a low bar for cable news hosts; the format is ridiculous. How can you discuss anything of substance in five-minute segments? Glad he writes books, I wrote all those nice words from memory, and this video of him talking over and then yelling at Susan Sarandon from last month makes me doubt the dude’s intentions. The clean writing in his books does not match up with the twitchy and annoying try-hard on TV. Maybe it’s the cameras.

Thank goodness I don’t have cable anymore. There’s too much content out there for me already, all free, all of a much higher quality than anything the general media puts out on any given day. I thought Hayes’ book, 2012’s Twilight of the Elites, was excellent, a quick exploration into the collapse of the Davos set and the loss of dynastic power and influence in the West. Its thesis was borne for all the world to see during last year’s presidential campaign. Now he’s tackling race and “white fear” in A Colony in a Nation, his new book about the United States parallel realities’ when it comes to policing, specifically “law and order.” Unlike so many of his cable TV comrades, Hayes understood what was happening in Baltimore in April and May 2015, even if he doesn’t often show it on the air. He describes Baltimore as good as anyone from here: “The legacy of a post-civil-rights social order that gave up on desegregation as a guiding mission accepted a country of de facto segregation between ‘nice neighborhoods’ and ‘rough neighborhoods,’ ‘good schools’ and ‘bad schools,’ ‘inner cities’ and ‘bedroom communities.’” Like Ferguson, the blocks of the “colony” and the “nation” border each other in Baltimore, like in Guilford where there are still “Do Not Enter” signs facing Greenmount Ave. heading into the neighborhood to keep out black people. The casual racism I observed going to private school in a majority black city hung around every discussion of the city. The Westside was described as a war zone to me by my teachers. Even if your enclave leans liberal, it’s still wealthy and ensconced away in a totally different reality.

But we learned this a few years ago. A Colony in a Nation is an accurate assessment of American law enforcement, and it’s obviously useful coming out of the insanity of Ferguson and Baltimore and so many innocent black men, women, and children dead, the callousness of their killers taunting everyone with any moral turpitude. The gall of the Ferguson PD to leave Michael Brown’s body rotting in the hot August sun after he had been killed by Darren Wilson. Hayes writes: “To desecrate the dead is to humiliate the living, and humiliation may be the most powerful and most under appreciated force in human affairs.” Just as in Baltimore, “the ‘rough’ part of Ferguson is maybe a thousand yards from the ‘nice’ neighborhoods. And so the maintenance of the Nation’s integrity requires constant vigilance.” Obviously Geraldo is going to be confronted and rendered mute by an agitated and articulate crowd, outed for his flamboyant racism, but even the robots at CNN—your Blitzers, Lemons, Melbers—couldn’t help but describe one CVS burning. Relatives of mine in California asked if we were okay. It was absurd, but it illustrated how harshly Baltimore is segregated.

The aftermath and all the white resistance to “Black Lives Matter,” a phrase so obvious and universal that it needs no organization or leader or set of aesthetics to be expressed in full. Bret Easton Ellis complained that Black Lives Matter wasn’t as cool as the Black Panthers, “rock stars” who knew how to work with aesthetics to win people over. I liked most of his 40-minute monologue about liberal hysteria and moral superiority, but it’s disappointing that Ellis doesn’t understand that “Black Lives Matter” is not an organization or a group—to call it “leaderless” or lacking in organization is to mistake a mantra for a movement. “Black Lives Matter” is not a movement—it’s a rallying cry, a statement of what should be obvious in the face of so much evidence that, in America, black bodies are disposable. Hayes is right that “all available evidence suggests that the immiseration of large swaths of black and brown America has a negative net effect on white people.” The pathetic aspect of white fear is what always gets me, that these cops really were honestly afraid for their lives, or sufficiently spooked that they had to shoot someone’s head off. But Hayes begins and ends A Colony in a Nation by emphasizing that “America is a wrathful land. Americans like to humiliate wrongdoers. We like to heap marks of shame upon them, to watch them groan and writhe beneath their sins, as far back as the scarlet letter and the stocks.” Good thing to remember as we grow more and more paranoid and suspicious and hateful of each other in coming months and years.