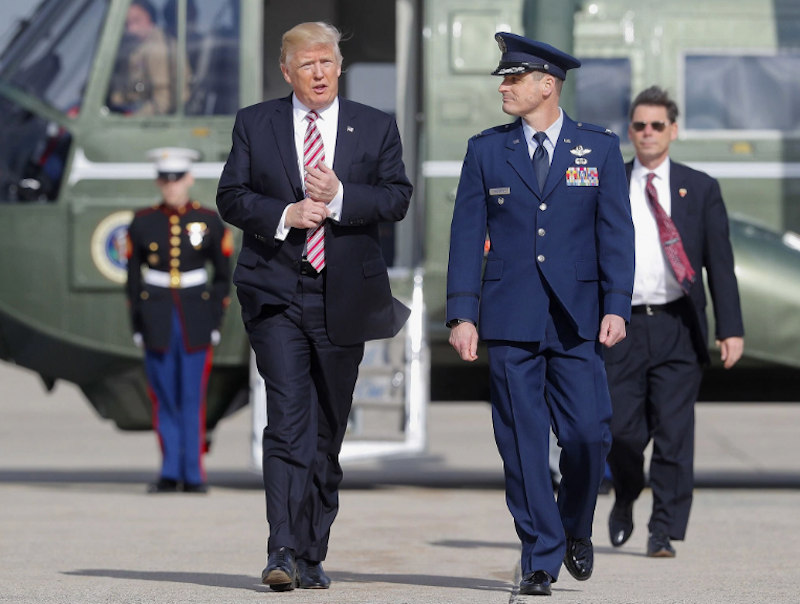 The new New York Times social media policy aimed at reducing the online partisanship of its journalists has provoked criticism from the Left, just as ESPN’s perceived mistreatment of Jemele Hill has. The sports network recently handed a two-week suspension to its opinionated commentator after she tweeted that President Trump was a white supremacist who surrounds himself with fellow white supremacists, and then followed that up with the suggestion that Dallas Cowboys fans could protest owner Jerry Jones’ insisting his players stand for the national anthem by boycotting the team's sponsors. Had Jemele Hill gone after a liberal sacred cow like Colin Kaepernick or called for the boycott of the “wrong” organization, the same critics would now be clamoring for her to be fired.

Far-left partisan Noah Berlatsky wrote a recent column for Splice Today that's representative of his side’s reaction to the Times’ guidelines. He asserts that ESPN is punishing Jemele Hill “for challenging the President,” and that ESPN is “censoring their own reporters at Trump’s bidding.” Wrong on both counts. ESPN cares only about its bottom line, not Trump's hurt feelings. Also, claiming that Hill was “challenging” Trump by placing him in the same company as the KKK’s David Duke and neo-Nazi Richard Spencer is disingenuous, and suggests Berlatsky’s attempting to manipulate his readers.

Furthermore, ESPN reprimanded Hill, but did not punish her. The network gave her a two-week suspension only after she'd called for the boycott, which was her second violation of the network's social media policy within a month. That could’ve been a fireable offense. Berlatsky further demonstrates his confusion in the comments section of his article by claiming that ESPN had violated journalistic ethics by punishing an analyst for analyzing the news, as if a TV commentator calling for a sponsor boycott qualifies in the slightest way as “analysis.”

The Times has both an anti-Trump op-ed page and an anti-Trump front page. Berlatsky claims that the Times is guilty of “craven appeasement” while overly concerned about appearing “credible to people in power, most notably the White House and Trump,” but he misses the point. Allowing reporters to post their political allegiance on Twitter only gives more fuel to Trump in his ongoing “fake news” attacks.

Berlatsky claims the Times might be responsible for tipping the election to Trump because of its overreaction to James Comey’s disclosure that he was reopening the investigation into Hillary Clinton's emails late in the presidential campaign. He writes, “The Times has never reckoned with its errors or its culpability; it has issued no apology.” In fact, after publishing the controversial article on Comey, the Times did reckon with its errors with these statements: “That type of substantive change should have been noted immediately for readers; instead, a correction was not appended to the article until hours later,” and, “The original article, however, was not altered online until Saturday morning to take account of the change in description of the referral from ‘criminal’ to ‘security.’ Editors should have added a correction sooner to note that change.”

Expecting the Times to go beyond acknowledging its mistakes by admitting “culpability” for throwing the election to one candidate is delusional. Equally unrealistic is the suggestion that the Times might’ve been responsible for stealing the election from Hillary Clinton, when its coverage throughout the entire campaign was overwhelmingly anti-Trump. Dean Baquet, the Executive Editor who issued the new social media guidelines, was the person who decided to relax his reporters’ standards of objectivity because everyone at the Times viewed the threat posed by Trump as so exceptional that it called for a new playbook.

I don’t believe Berlatsky really believes the Times is reining in its reporters in an “effort to salve Trump's ego.” As for his assertion that “The Times, in its social media rules, is explicitly saying that reporters shouldn’t criticize the president because he doesn’t like it,” there's not even one mention of Trump, nor is there any hint they've been put in place because he doesn't like reporters criticizing him. That's not very explicit.

The Times is just masking its anti-Trump bias with its new policy. There's no First Amendment issue here, as Berlatsky falsely claims. If you doubt that, take a look at op-ed columnist Charles Blow’s Oct. 19 piece comparing Trump to Hitler. Next week, the Times can run something that draws a comparison between Trump and Charles Manson if it chooses, so it doesn't really matter if its reporters can't be openly biased on Twitter. This is a non-issue.