Desperately trying to maintain a semblance of national influence. 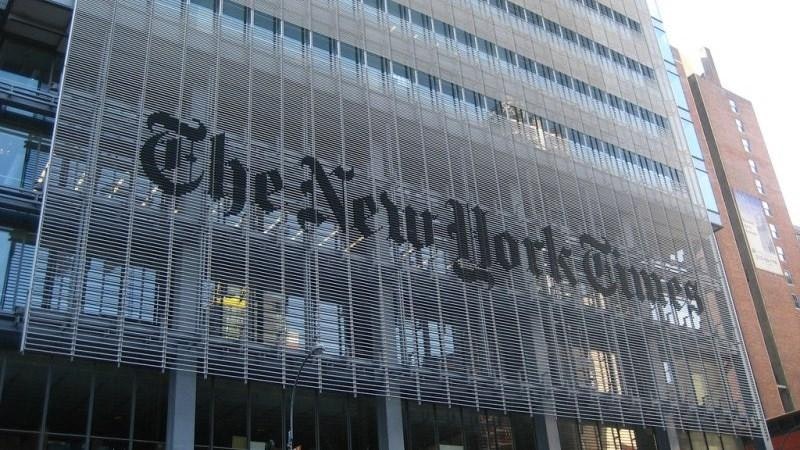 There was a more than a trifling hubbub online this past weekend, occasioned by The New York Times publishing a front-page editorial for the first time since 1920, when the daily endorsed Democrat James M. Cox over the landslide Republican winner Warren G. Harding. The Times’ editorial—published in print on Saturday, its worst day for circulation, but available online Friday—was a somewhat hysterical plea for gun control, in the wake of the San Bernardino terrorism.

That the Times called for an end to the sale of “weapons of war,” is not surprising, as that’s been an editorial hobbyhorse for years now. And whether your agree or disagree with the paper’s point of view, let’s be honest: this was a stunt, a cheap gimmick by a company that’s seen its revenues slip—though not as precipitously as many other dailies—and, apparently, some lunkhead on the editorial board thought this was a quick opportunity to cause a sensation.

Is that too cynical? I don’t think so. There have been perhaps 100 instances the Times might’ve run a front-page editorial since 1920, but chose not to. Several examples: an endorsement of FDR in 1932 during the Great Depression; the rise of Hitler in Germany and his subsequent military actions and extermination of Jews; the Joseph McCarthy hearings in the 1950s; the riots that ravaged American cities in the 1960s; the assassinations of Martin Luther King, Jr. and Bobby Kennedy within two months in 1968; a demand that President Nixon resign during Watergate; the dissolution of the Soviet Union in 1989; Newt Gingrich’s “Contract for America” in the ’94 midterm elections; an endorsement of Al Gore over George W. Bush; and, more recently, “income inequality,” cops shooting unarmed black youths, or the massacre at Newtown.

So why now? An editorial in the online New York Sun found the Times’ decision “bizarre,” noting that “the national rate of gun homicide and other violent gun crimes” have decreased since the mid-90s. Seth Lipsky, who writes many of The Sun’s editorials is far too charitable man to ascribe marketing motives to that “bizarre decision,” but I don’t think it’s a coincidence that in a topsy-turvy political climate, where the media has less control than ever—and is mightily perturbed about it—Times editors thought it was time to make a splash. That’s the influence of its popular successors, sites like BuzzFeed and Facebook, that have supplanted the Times’ perceived birthright as “the paper of record.” But those days are over, even if the editors can’t comprehend that reality.

There were jokes—I think—on Twitter over the weekend that the editorial would boost the NRA’s membership and cause gun sales to zoom, and you can decide that for yourself.

The Times editorial concluded: “What better time than during a presidential election to show, at long last, that our nation has retained its sense of decency?” Obviously, this was a bald crib from U.S. Army chief counsel Joseph Welch’s June 9, 1954 rebuke of Sen. Joseph McCarthy, when he said, “At long last, have you left no sense of decency?” That’s cheap, too.