There’s a value in doing something to change the course of a very anxious time. 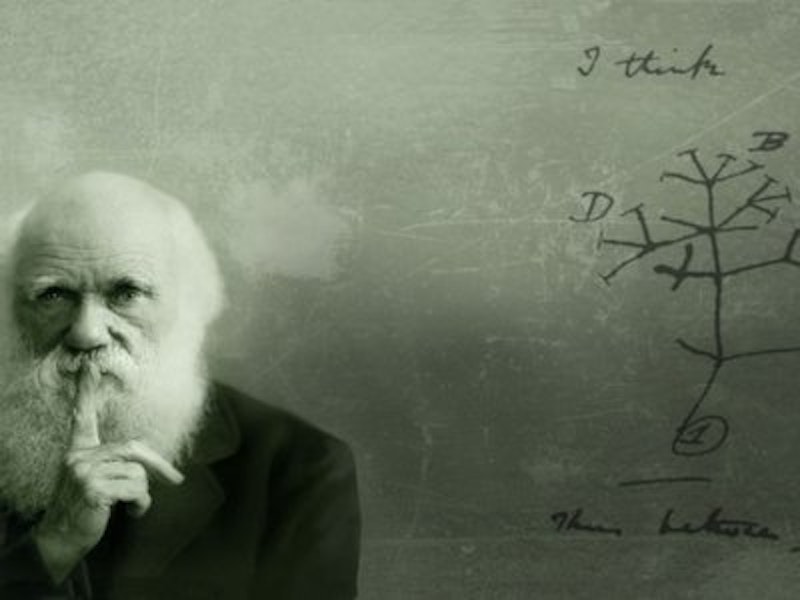 When I read Todd Seavey’s article last Thursday on Splice Today I wasn’t perturbed. We’ve never met. Coupled with the skepticism I have over the post-aughts tendency to dismantle one man’s point of view from a single blog post I’ve no definitive meter to say whether his words were as dystopian as I read them to be. But they were out of touch with the current situation regarding guns in America.

A common refrain among politicians—especially Democrats—advocating stricter gun control is that “doing nothing is no longer an option.” It’s a candid statement that directly implies nothing to this point has been done. It’s disheartening to be told by politicians that they’re impotent in the matter.

Exactly how impotent the Democrats are in this situation was demonstrated within 24 hours after the San Bernardino shooting in which Republican senators unanimously turned down a measure proposed by Democrats that would have enforced tighter background checks and the sale of guns to suspected terrorists on a federal watch list. This latter portion of the bill is particularly curious. I’m aware that certain bills are presented as indivisible parts. Senators are often voting totally for or totally against a proposal even if they don’t agree with its entirety. Yet to be publicly complicit in maintaining a terrorist loophole for gun access, while publicly barking against the threat of terrorism, is hypocritical. It’s fodder for conspiracy theorists.

I’ve rarely met conspiracy theorists but I conveniently found myself in the same room with one the other day. This was the same day the Republicans voted against the proposed gun control measure. He was a very engaging and enthusiastic talker, a real-life Jean-Baptiste Clamence. Even in parting ways on the subway there were only kind words. It was only hours later that his words began to reveal to my thoughts a sinister meaning. He’d suggested to me that the shooting at Sandy Hook Elementary was a political ploy. This man was young, black and father of a young daughter.

When he brought up the political conspiracy, I listened attentively. He spoke about it in an even-handed tone. I probed him on whether he believed their deaths were a ploy. He said that he did believe that they were dead. In his eyes, the conspiracy aspect lay in how the dead were presented to the public, all 20 children. He believed that nobody would air his or her loss out in such a public way. These should have been private funerals. I told him that this was due to the unusual nature of the crime. A killing of that magnitude serves to be reported in order to allow a moment of national reflection. I added that there was the benefit of the parents of the dead coming to terms with the event by sharing their grief together. He took umbrage that the only parents who made a televised statement were white folks. I still wasn’t sure where the conspiracy he initially suggested lay. He told me that an event like Sandy Hook was exactly what people in the government trying to control guns were looking for.

We kept up a conversation after moving on from this topic. He was excited that I’d studied science in college. He was a proponent of evolution and an avowed atheist. He recommended I look up a particularly heated debate featuring Richard Dawkins. I wanted to know what it was about evolution that excited him. He told me that it was the contrarian aspect that drew him in. His mother was deeply religious and he enjoyed telling her that cockroaches and shrimp all started from the same soup. Before leaving, I shared that the most exciting part to me about evolution and science was that it required the dogged pursuit of asking “Why?” about a single issue.

It was strange and admirable that a man such as Darwin dedicated an entire life to categorizing critters. He clearly had his own controversial agenda. His unease over the armchair theological story of Creation resulted not in a beard-stroking rebuke. He felt that he needed to go into the field and collect data to back up his pending response. Why I draw in the story of Creation is due to its excellent illustration of two schools of thought. There’s one that believes the majority of what we see as reality is unchangeable and unquestionable because it is proscribed by some central Creator. When something exceptional, an event that challenges the known bounds of behavior and morality, it’s regarded with an enthusiasm of passive adjectives and language. What this language endorses is an approach towards doing nothing to actively change a situation in order to avoid an unpleasant crisis of faith. Soul searching is not the same as putting a person’s hands to work on an issue.

I sit in skeptical opposition at the table of those who believe in the story of Creation, and its underlying logic that it is best to avoid crises of faith. By its very nature scientific questioning is the act of engaging in a never-ending crisis of faith. I’ve written many articles on gun control and I will continue to do so even though it’s an uncomfortable undertaking.

The man who I spoke with didn’t seem to be interested in the group evaluation of the conspiracy data he’d been diligently storing in his mind. The thought that this man came off as a lone wolf or an outlier is what continues to make me most uncomfortable. Perhaps he was having his own atheistic crisis of faith about whether Libertarianism was something that he should look further into. It’s equally possible that some future tragedy or tangential event will cause him to have an opposite crisis of faith causing him to revise his detached view on gun control. What I do know is that if he decides to have a crisis of faith on gun control, I urge him to consider that there’s a value in doing something to change the course of a very anxious time.