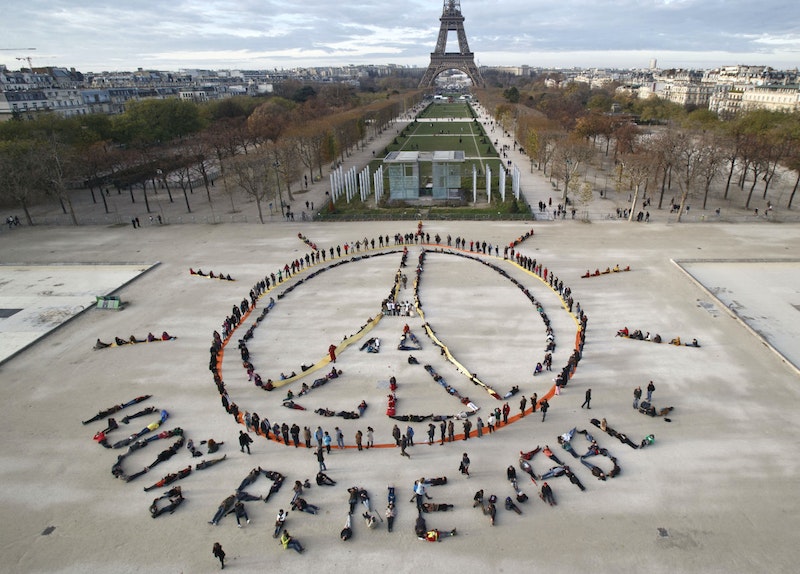 This week, Bernie Sanders announced his climate change plan, including 10 million “green energy” jobs and carbon emissions cuts of a whopping 80 percent by 2050. This is all completely insane on every level, of course, starting with the idea that Sanders, who is all the rage on left-leaning campuses these days, has any idea what life will be like in the year 2050.

He’s not the first socialist leader to weigh in on climate change. Hugo Chavez got cheers and applause at the big 2009 international climate conference in Copenhagen for suggesting that tackling climate change is step one on the road to socialist revolution. Six years later, he and his revolution are dead, judging by this weekend’s Venezuelan elections.

I won’t attempt to tackle all the science behind climate change in this one column, but I will voice the (informed) suspicion that it easily gets politicized, and not just by oil companies. Getting the UN to put its official imprimatur on one master document summarizing the whole (perceived) crisis every few years really isn’t the way science is normally done, I swear. Neither do most apolitical, objective scientific fields lead to calls for silencing and prosecuting doubters, as is now becoming popular. That sort of thing is usually seen as an unscientific sign of desperation.

Long before the Luddites went to war with fracking and Prince Charles began sermonizing about the commoners’ need to live less materialistic lives more in touch with Mother Nature, I knew plenty of young environmentalists in college back at Brown University (you can read about many of my adventures there in the oldest eight or so of the entries tagged “Retro-Journal” on my blog, in fact). Many of the environmentalists were perfectly sincere in wanting to study and protect the planet, but there were also many who explicitly took up the banner of Earth Day 1990 because the banner of European Communism had fallen a few months earlier in 1989 and needed replacing.

One avowed campus Communist there, who looked a bit like Bono, even told me with a wistful tone in his voice that he had always believed socialism would arrive to the sound of marching boots but might instead arrive because of the sound of falling trees.

Environmentalism gets used for all sorts of secondary political purposes, such as calls for anti-terrorist unity by Obama during the recent Paris climate summit. When Sanders blamed climate change for exacerbating the rise of ISIS, he may even have been echoing my Brown contemporary Tim Snyder, now a historian at Yale and author of Black Earth, which posits that climate-change-induced resource scarcity could help explain dark episodes such as the Holocaust or Putin’s evil designs on Crimea.

Once when I had lunch with Snyder, not too long ago but before the book came out, he seemed very focused on two topics: antiwar activists like Ron and Rand Paul possibly being tools of Russia and climate change skeptics being unscientific deceivers. I see now how these things combined into a single thesis in his mind.

I mean, maybe he’s right. It’s all too complicated to say with certainty he’s wrong, but the more complex and intermingled the theses, the more skeptical I get about purported causation (whether about people or gases). Maybe both Snyder and I spent too much time in college listening to the extremely environmentalist rock band the Fixx, who condemned humans as “Calm Animals” and dreamt of “Less Cities, More Moving People,” and perhaps it left one of us with an almost mystical master theory.

But whether people engage in destructive acts because they’re just “Lost in Battle Overseas” or because they’re resource-starved and thus “Hungry Like the Wolf” (no, wait, sorry, that’s a different band), I’d be cautious about assertions of anything resembling a meta-cause of global events.

Regardless, I’ll still be in Providence, RI, for the class reunion next year. On some level, though, I’m a bit more excited to learn (h/t Evan Isaac) that one state to the west, in Westport, CT, a bar just opened up inspired not by environmentalism but by libertarian economist Murray Rothbard, after whom it’s named. I will have to visit it one day as well.

I promise not to get drunk and replicate in the bathroom a bit of graffiti I once saw back in Providence mocking environmentalists: “I stopped raping Mother Earth. Now I’m raping your mom.” That would obviously be wrong.