New Media, Old Media, David Weigel's Firing, and Why Everyone is Shitting on Drudge

It's all pretty FUBAR. 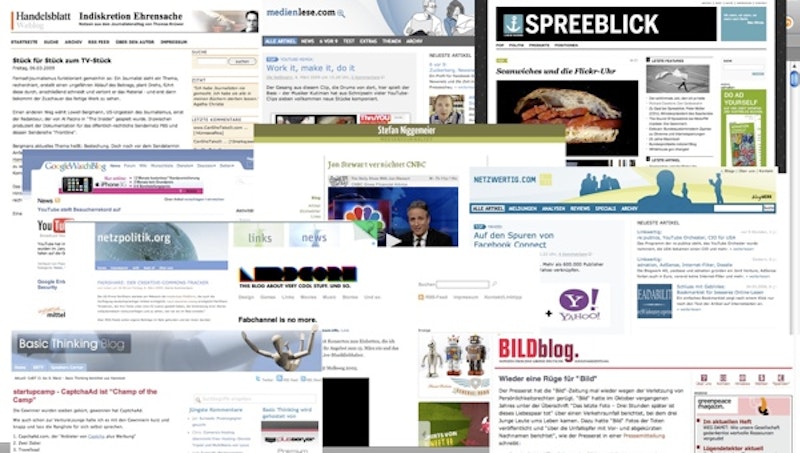 Last week, the blogosphere lit up over the firing of blogger-reporter David Weigel at the Washington Post. Covering the conservative movement, Weigel was and is respected by partisans of all stripes. His firing was due to the fact that he vented on the Ezra Klein-bred JournoList—a forum for liberal wonks and journalists and the like—about blowback over his reporting.

A good roundup of his serious body of work can be found here.

One comment that stuck out in particular was this: “It’s really a disgrace that an amoral shut-in like Drudge maintains the influence he does on the news cycle while gay-baiting, lying, and flubbing facts to this degree.”

The general outcry from the Right was something along the lines of, “See, the mainstream media doesn’t cover us fairly, rabble rabble rabble.” Cue (of all people!) Robert Stacy McCain:

One of the reasons why there are so few conservatives in America's newsrooms is because the profession of journalism is relentlessly derided by those who claim to speak for the conservative cause. No kid who grew up listening to talk radio could possibly believe that becoming a reporter is a worthy ambition. (To be a talking-head pundit on cable TV, yes; to be a mere reporter, no.)
...
There are indeed such things as conservative journalists, but it is a corollary of the anti-journalism worldview of Republicans that conservative journalists are judged not by their skill—the accuracy of their reporting, the readability of their prose, etc.—but by how useful they are in the service of advancing GOP political objectives. Republicans treat conservative journalists with a special disdain, as mere errand boys or stenographers whose job it is to spread the GOP message.

Amen, McCain. The Right’s disturbing strain of anti-elitism (and education and nuance) has left them at a geographical disadvantage in the war of stripes.

The leaking of Weigel’s comments was a pretty despicable act, the lowest sort of grindstone (a strike for the Daily Caller for running the quotes; I thought Tucker Carlson had more class than that). That the Post fired Weigel was unconscionably stupid; the paper is struggling against a long, slow decline—as are all newspapers, but the Post is routinely scooped and out-written by the WSJ and NYT. Its op-ed page is almost as bad as the Journal’s in terms of right wing hackery (yes, yes, there are left wing hacks at the Times).

Moving on, the Atlantic’s Jeffrey Goldberg, in a display of ego I was not familiar with, straight up danced on Weigel’s grave, first writing,

Man, soon after I posted that item on the Washington Post, the phone started ringing off the hook. This means that superannuated reporters were calling me, because younger ones would have just texted, or carrier-pigeoned. In any case, here is some of what was told to me from inside the Post:

"This is not just sour grapes about the sudden rise of these untrained kids, though I have to think that some people in the building resent them for bypassing the usual way people rise here. This is really about the serial stupidity of allowing these bloggers to trade on the name of the Washington Post."

"It makes me crazy when I see these guys referred to as reporters. They're anything but. And they hurt the newspaper when they claim to be reporters."

"Ezra Klein is a talented guy, but he's just an absolute partisan. If this is where journalism has to go, so be it, but I don't want to go there."

"The lack of toilet-training is right. Everyone makes mistakes, but you can mitigate the number of mistakes through seasoning. Some people here are still put through seasoning, but others aren't. It shows, and it's embarrassing."

The irony of quoting anonymous “friends” in a blog post in an attack on blogging as a reportorial platform was apparently lost on Goldberg. I wrote him an email, and he responded on his blog:

Andrew Klein writes in reference to the matter of Dave Weigel: I want to say first that I disagree with your assessment as it relates specifically to this scenario (as a young journalist myself. I do think there's way too much coddling going around); that being said, the following question is meant in earnest, not sarcasm: Why do you think the list serv in question is "semi-public" (your words) or "public" (your friend's words)? The guest list is a high water mark of masturbatory insider media, I'm sure, but it is in fact private and off the record. A place to vent and chat frankly and all that shit. Just because those involved are very public journalists doesn't make their own off the record remarks any less so.

I concede that journalists should be cautious when putting such frank thoughts to paper, electronic or otherwise. But for me that's not the bulk of the issue. Someone purposely took Dave's obvious off-the-record remarks and made them public. The moral equivalences are manifold, and without condoning what he said my first reaction was a big ol' new media WTF. Not much is sacred anymore, but can we at least say that publishing off the record remarks, no matter how silly or ill advised, is the first issue, not the second?

The answer is simple and unfortunate: Nothing is really off-the-record. No conversation between more than two people is ever really off-the-record, and no e-mail is ever, ever off-the-record. It's just the way it is. I've been leaked postings from JournoList before—wonderfully charming things written about me, as you might have guessed—and I haven't had the opportunity to use them, but would be happy to if the need arose. Why anyone would think that a listserv with 400 people is private is beyond me. It's McChrystal-level naiveté.

Naive I may be in some things, but what Goldberg is suggesting is a very nihilist form of journalism: everything is up for grabs; snag what you can; nothing is sacred. Right after relishing some sweeping broadsides against those meddling bloggers and their mangy blogs, he backtracked—it helped that his colleagues, Andrew Sullivan and Ta-Nihisi Coates, roughed him up out back for letting out his inner “get off my lawn” avatar.

Everyone was wrong on this play: Weigel’s remarks were idiotic (though the quote re: Drudge made my week); whoever leaked the quotes is a hack; the Daily Caller no better than Politico for running them; the Post made a tone-deaf, boneheaded move in firing Weigel; Goldberg’s chest-beating was counter-productive and alienating.

I thought by now the whole “salty journalists vs. the Wordpress crowd” story was a cliché. It’s not. It’s alive and well and a stain on everyone involved.