Online or on TV, they’re all deceivers. 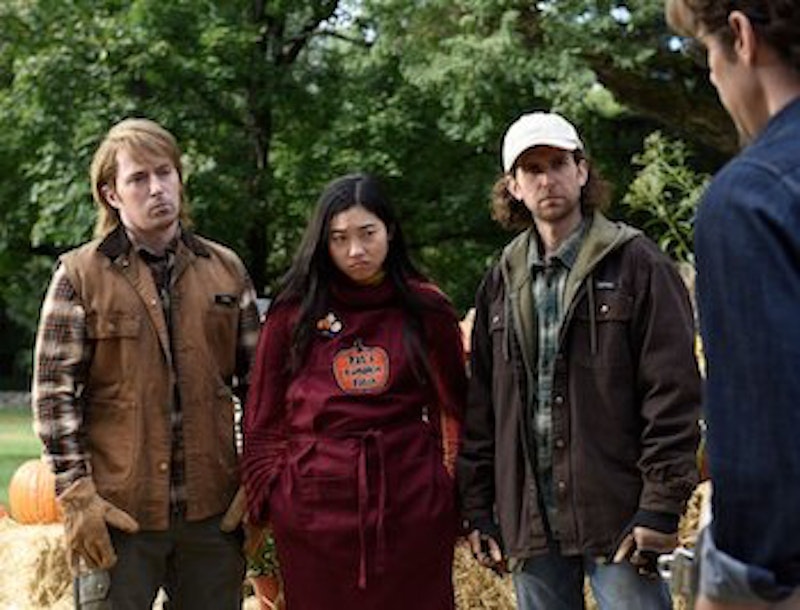 Writers of the sort who make it to Saturday Night Live and, not so long ago, Mad TV have been plagiarizing for decades. An acquaintance of mine got ripped off by one of them. I’m not sure why people who feel the need to steal would also feel compelled to become professional writers in the first place, but it happens. So, the new accusation that SNL stole a “pumpkin patch sex” sketch from a less-famous writer is no surprise.

In fact, for all the justified complaining people do about the shady way modern social media companies are run, I can’t avoid the disturbing thought that if old media were truly as transparent as is social media (where at least stats can be accumulated by numerous decentralized users and complaints made on rival platforms, etc.), we’d see the old media were just as corrupt and dishonest as the new, from the deranged old execs on down through the pilfering writers, all the way to the embezzling secretaries (I think someone else I know lost thousands of dollars to one of those embezzling secretaries at a TV network, in fact).

The older I get, the more important I think it is for purposes of social analysis to recognize that virtually all humans are evil and insane. I’d flirted with this idea in youth, as many intellectually honest, idealistic people do, but society’s institutions discourage this belief around the time you enter the adult world, the better to perpetuate the evil and insanity, smooth your transition to adulthood, and perpetuate the institutions. To predict how changing institutions will behave, though, assume that they will still do the worst possible things they can with the altered means at their disposal.

In a world of a few highly centralized, hierarchical, powerful media organizations such as the TV networks, you’ll get plagiarists hoping no voiceless outsiders will ever be able to raise enough hew and cry for the big boys’ crimes to be noticed. You’ll get stonewalling of marginal voices generally. You’ll get innuendo, behind closed doors, hinting that your best hope of advancement is performing oral sex on an influential executive, followed more often than people like to admit by the oral sex actually being performed on said executive—followed by a lifetime of defensiveness and flashbacks ameliorated by a larger bank account and access to the (very few) levers of power.

You’ll get puff pieces about the parent company’s other current pet projects, easily creating the illusion (in a world of, say, four channels) that “everyone” is talking about that new album/whatever (those were the easy days for public relations companies). Slightly more recently, you’ll get H.R. departments lying about what the job will entail and then pretending you misunderstood your initial job interview. How many other options do you think you have, anyway?

Most of the population is still old enough to remember that world, and pieces of it surely remain.

But as humanity, still evil to its rotten core, shifts its resources toward more fluid institution such as the major social media companies, you’ll see a bit less of the monarchical tendency toward absolutist decrees and crimes of pure privilege and more subtle wrongdoing of the “gaming the system” kind. Less “Let them eat cake!” thundered from the corporate boardroom and more weasely, or cat-herding, passive-aggressive half-hypothetical inquiries along the lines of “Could we shave off three percent of current cake-eaters without anyone noticing? Just tweak the algorithm slightly?” What precedent suggests such underhanded behavior won’t happen?

I’m in favor of abolishing government because the same things happen there, with fewer rival institutions to turn to—not because I imagine competition has already erased all inefficiency and corruption from the private sector. Evil abounds. (I certainly don’t want to see Warren, Yang, Trump, or any other politician who sounds eager to break up or regulate tech and media companies given a chance to do so.)

So, in this new world, I suspect there will be no fixes—except further innovations and still-newer rival media institutions—for current problems such as Facebook banning Zero Hedge for a few days, then saying it was a mistake, then banning them again but only in certain parts of the world a few days ago (ostensibly for traumatizing and/or radicalizing people with reporting on the New Zealand massacre).

No internal reform is going to stop Twitter at first letting cyber-democracy flourish in the form of user likes and retweets and then deciding to hide the likes and retweets to conceal how unpopular some pretentious establishment statements really are; deleting conservative Sean Davis’ non-vulgar tweet suggesting the Clinton campaign and its FBI allies colluded with Russia more than the Trump campaign did; or banning the musicians responsible for anarchist Michael Malice’s podcast theme song because they very cautiously and jokingly asked whether Malice was urging them to learn computer programming (since, in ham-fisted and sweeping fashion, Twitter now assumes any occurrence of such phrasing is an effort to denigrate and harass laid-off mainstream journalists who need new jobs).

We shouldn’t bow and scrape and then expect YouTube/Google to become wise and evenhanded enough to avoid doing things like restricting viewer access to black conservative Candace Owens’ skeptical interview with a Black Lives Matter member.

The big social media and search companies have made their political leanings and censorious habits known, and just as the only solution to old media companies’ ills (the joke-stealing, the secretary-banging, the story-spiking), in the end, was to create new media, so too will as yet unimagined new tech probably be the only viable solution to the current social media companies’ bad habits. But just as economies adjust out from under regulations if they can, the truth will keep breaking out no matter how many ways to censor the tech gods devise. Maybe their best hope of remaining relevant for decades to come is to give up censoring. Is it really in their self-interest to keep this up? Can they?

That Dissenter app, which now allows people to comment on articles anywhere on the Internet, even if the articles’ original host venues have banned all comments, is probably only the beginning of how things will evolve now that everyone’s catching on to the fact that the new media that invited us all to join the conversation weren’t quite being honest with us. They had their chance. Expecting them to play nice was probably always naive.