Each block a different constituency. 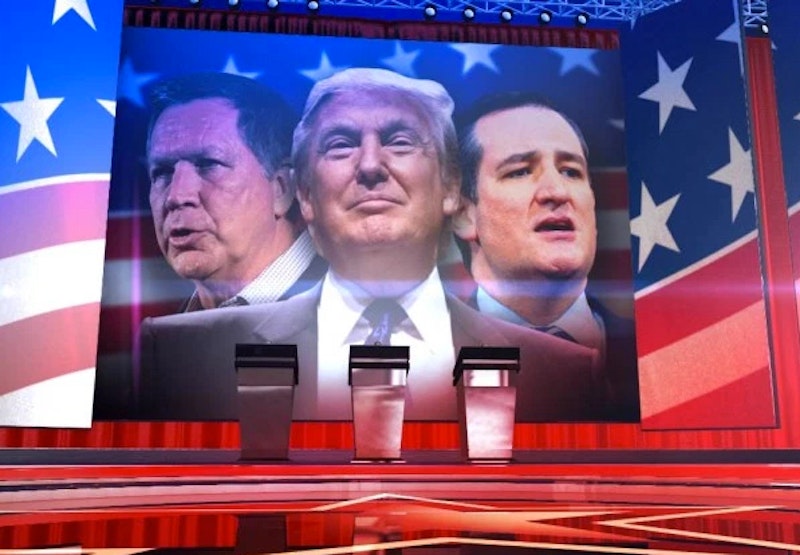 Pundits and politicians love to talk about big swaths of the population. It’s much easier than talking about every last individual. But even a tiny bit of sorting of election results shows how little consensus there is on political matters and how easily different candidates could have triumphed in different regions or with subtly altered demographics. Take last week’s New York primary, for example (ancient as that now seems).

Among Republicans, Donald Trump easily carried his home state. But wait. Before you conclude those big-money Manhattanites were all in the bag for him, note that Manhattan Republicans, unlike those in the rest of the state, went mostly for John Kasich—which I will take as a sign of their basic stability and moderation, possibly the result of the good educations money tends to buy. The borough of Manhattan is as mellow and moderate as the Midwest compared to the San Franciscan lefty madhouse that’s the borough of Brooklyn, really. New York is a big city, full of contrasts, not so unlike America.

The real conservative ideologues—of which there are few in New York—went for Ted Cruz, and by that measure it turns out there are about as few conservative ideologues among New York State’s Republican primary voters as, well, there are Republicans among New York City voters, which is to say around 14 percent. I voted for Cruz myself, not because I can promise he’s sane but because he’s said more libertarian (at least anti-big-government, intermittently constitutionalist) things than Trump or Kasich and I wanted to lodge a protest vote against those other two.

This coming Saturday, though, I’ll moderate a (sold-out) debate among the Libertarian Party candidates and in November hope one of them manages to pull off a miracle, or at least not embarrass us. I doubt the Libertarians will do anything as futile and confusing as the Cruz-Kasich unity plan to avoid a Trump first-round-voting nomination victory at the GOP convention and thereby usher in the chaos of a potentially surprising nominee.

But you know, even if Trump emerges triumphant from all of this and becomes president, it’s not as if Democrats should despair and think their worst right-wing nightmare has come true. One recently departed, Midwestern yet very eclectic American who showed an early grudging admiration for the force of nature that is Trump was none other than Prince, who wrote a song for Morris Day and the Time likening a thoughtful, skilled, and generous lover to “Donald Trump (Black Version)."

With his weird combination of eroticism and prudery, earthiness and Jehovah’s Witness devotion, progressive transgression and government-distrusting materialism—not to mention his high school friend, future Fox religion correspondent Lauren Green on camera as the sexy anchor in the “My Name Is Prince” video—Prince was a reminder (as is Trump, in his way) that it’s very difficult to get Americans to check off all the predictable boxes that their would-be political organizers might wish.

Let’s hope we stay that way. It should at least keep the government confused.