The Jig is Up

There's no effective legal or social infrastructure in place to stop the many serial sexual abusers out there. 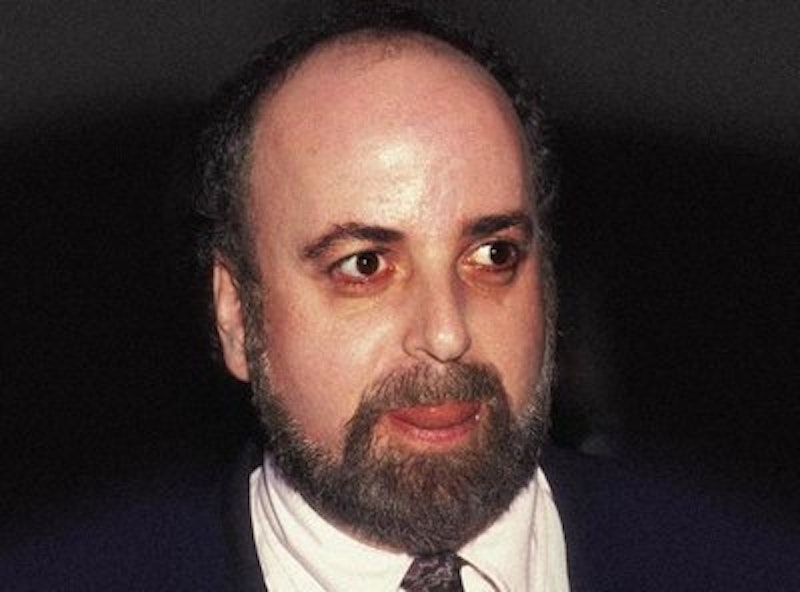 Over 300 women have now come forward to accuse movie director James Toback of sexual harassment and abuse, but he's arrogantly issued a blanket denial. Harvey Weinstein's now accused of crimes that could put him behind bars for years. Mark Halperin, who abused his media power for years, is getting his comeuppance, but only after making many women suffer. Perhaps new rules are needed to deal with these arrogant men.

Some wonder why the women didn't talk when the incidents happened, but there are plenty of legitimate reasons why they rarely do. Take a look at actress Asia Argento, who blew the whistle on Weinstein for allegedly raping her and was then forced out of Italy after receiving loads of abuse for her candor. The prospect of a second victimization is why many women hesitate to reveal their abuse.

Harvey Weinstein was able to skate for decades because he was a Democrat who supported the Women's March and contributed to liberal causes. As a Republican, he'd have no political cover in Hollywood and would’ve been outed long ago by the same people (e.g. Quentin Tarantino) who enabled him for years.

It’s reported that Brad Pitt confronted Weinstein sometime after he'd acted inappropriately in 1996 with 22-year-old Gwyneth Paltrow (one of his many unwelcome “massage” attempts), who he'd been dating at the time. The young actor got in the producer’s face and poked him in the chest, making it clear he'd give him a “Missouri whooping” if it happened again.

It's hard to think of people who need a punch more than the Weinsteins of the world. Strangely enough, when people on the Left fantasize about punching bad people, their thoughts turn exclusively to Nazis. It's odd that, after Ronan Farrow's New Yorker article elaborated on the Weinstein story, you didn't hear any of them talking about cold-cocking these abusers, none of whom are Nazis. They’re successful, “respectable” people in positions of power. Nazis are marginalized losers who spend much of their time sending Holocaust memes over the Internet.

When an antifa soldier sucker punched Nazi-like alt-right avatar Richard Spencer in the face on Trump's inauguration day in Washington, D.C., he got a virtual ticker tape parade. Encouraging people (always other people) to punch Nazis quickly became the trendiest way to virtue signal. But it turned out to be a futile act. In fact, it probably even strengthened Spencer’s resolve and gained him extra support on the ethnonationalist fringes. This is because Spencer believes what he's doing is right, and feels no shame in calling for a whites-only nation. He expects to get punched because he's not even bothering to use dog whistles to make points he knows will push people to the edge. Spencer, who Newsweek recently interviewed, is more in demand after taking one for the team in D.C.

When Spencer spoke at the University of Georgia recently, he smiled broadly and his fans erupted in wild applause when a student asked him how it felt to get punched. Weinstein could never get such cheers for taking a punch. He differs from Spencer in that he's a bully who never believed he was doing the right thing, and bullies don't stop until someone hits them. Pitt belting the film mogul in public would’ve deflated him on a personal level, plus the media would’ve run endlessly with the powerful narrative of a heroic, handsome actor coming to the defense of his woman against a loathsome, unattractive creep, exposing Weinstein to the world for the first time. It wouldn't have taken him long to realize that the jig was up.

Had Pitt been more in touch with his Missouri roots at that film premiere where he encountered Weinstein, many women would’ve been spared the producer's depredations, including his future wife, Angelina Jolie. He'd have accomplished something significant. The harsh reality is that there's no effective legal or social infrastructure in place to put a stop to the many serial sexual abusers out there, so it looks like, for the time being at least, that people are going to have to start going rogue to stop it.