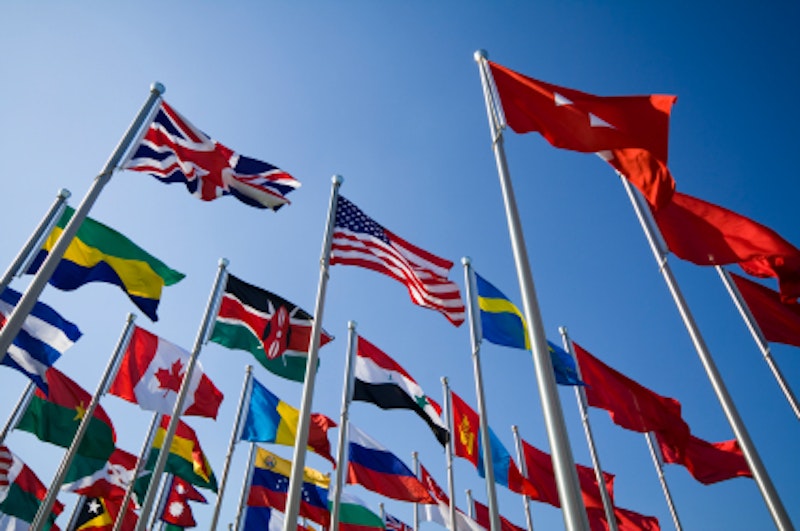 It’s sad to see Sen. Jeff Sessions praising nationalist Donald Trump as our last line of defense against “soulless globalism,” since globalism is a wonderful thing, and good for the soul. Sessions is also far too kind to his former Senate colleague Hillary Clinton in calling her an embodiment of globalism.

There’s good globalism and there’s bad globalism, though few have the patience to tease out the different kinds. A strong hint is whether the global forces in question are a product of voluntary human action or violence. Trade is good, for example. War, intergovernmental mandates, and terrorism are bad. To nationalists, it all looks equally suspicious, though—and the current crop of Trump supporters aren’t the first ones to make this mistake.

Recall the very left-leaning “anti-globalization movement” of the late 1990s and early 2000s. Back then, I should’ve foreseen that some on the populist right would make the mistake of encouraging anti-globalization when I glimpsed some material from the libertarian but populist-leaning Ludwig von Mises Institute on a table full of anti-globalization reading materials at some leftist event. It surprised me for a moment but shouldn’t have.

When the lefty arm of the anti-globalization movement reached its peak, though—the late-1999 Seattle demonstrations—I was in India, fittingly. I didn’t get the impression my hosts there saw the anti-globalization activists as their allies, either, which I took as a good sign. You can go on about “social justice” all you like, but overseas, everyone except the Marxists understands that talk is going to translate into making it harder for them to sell goods, emigrate as they please, form flexible international business relationships, and marry when and where they choose.

So, try calling protectionist and anti-immigration efforts the global “anti-capitalist movement” and see if they still retain supporters on the right. If they do, we’re really screwed, but I’m betting it won’t work out that way, at least not once Trump goes away. To borrow his rhetorical style, isolation—which makes efficient commerce harder the world over—is for losers. It’s for paranoiacs who don’t quite know how trade works but are pretty sure they’re better off hiding from it over here behind a wall or a border or a couple oceans.

The thing that put the fast-advancing anti-globalization movement on hold for a decade and a half after its Seattle acceleration, I’d say, was 9/11. For a little while, nervous urbanites were much more wary of protests verging on riots in the middle of their streets—then, they got used to big protests focused on one unifying cause, which was opposing the Iraq War. I didn’t always agree with those protestors, but better they should oppose something big, violent, and government-funded than that they should fight to stop free trade.

Now, the centrifugal force of isolationism continues its push toward the fragmentation of global civilization, aided by the unfortunate fact that both the Republicans and Democrats, in the form of Trump and Bernie Sanders, have prominent protectionist candidates. If Hillary Clinton were truly an advocate of unfettered international trade, she would be vastly superior to either of those two. She’s merely mercantilist, though, fond of backroom deals in which she gets a cut, and she’s more militaristic than those other two candidates. She represents another step toward global governance perhaps but not toward the healthy, free-market globalism we really need and have benefited from on and off since the dawn of ocean travel.

There are bad forms of globalism out there, I readily admit. Another such form is the elitists who pooh-pooh cross-border violence even while urging that we all submit to global governance, as with anthropologist Ghassan Hage’s much-derided recent MIT lecture, “Is Islamophobia Accelerating Global Warming?” But just as dangerous is any form of anti-elitist left-anarchism or right-nationalism that seeks to reduce us once more to purely local existence, shattering the web of interconnections that has made us the most prosperous, well-informed, well-traveled generation of humans ever to live, all our recent fiscal setbacks notwithstanding.

Hage fears that all colonial/assimilationist thinking—and much of our scientific conquest of nature—partakes of dangerous, authoritarian discourses of “domestication.” I expect that sort of stupidity on the left but am far more worried when ostensibly libertarian websites start filling up with “anarcho-primitivist” arguments for living locally—literally in the woods or a cave, some activists urge—and when ostensibly industrial-growth-loving conservatives start talking as if they’d like to keep exactly the same factories we had in 1950, and the same workforce to go with them.

Perhaps we should start making our own individual household lightbulbs from scratch while we’re at it. Anything to prevent connections forming across borders and oceans, it seems. The whole world may end up a bit Amish after all, but I don’t think it will be nearly as picturesque or peaceful. And with seven billion of us depending on global trade, we will not be as well-fed as the Amish, not for long.