My Meeting with Ben Carson

A hint of things to come with the oddball doctor. 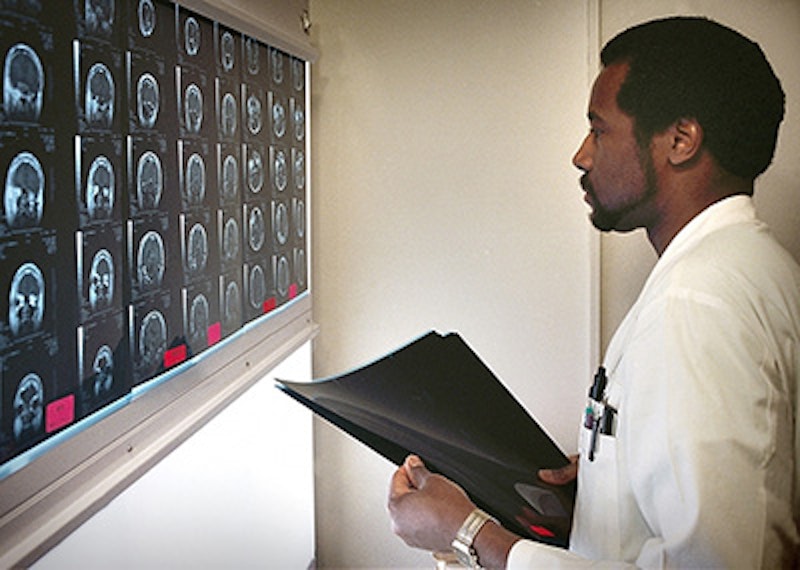 Before I gave it all away, I had a brief meeting with Dr. Ben Carson, only a couple of years before he separated those Siamese twins. My class made a trip up to Johns Hopkins, and I was selected to speak with the doctor, then beyond reproach. But I quickly found out he was a pretty strange bird. But fuck, he could do magic on an open brain, so who cared? Brain surgeons, despite their colloquial reputation, were not exactly highly regarded within the medical community. They didn’t have to guess, or diagnose, or do any work really—they were told what to do, and essentially succeeded because of fine motor skills. Anyway, I sat down with Dr. Carson in his office. Like I said, he was a screwball. A couple minutes after welcoming me in, he was still staring plaintively out the window onto the falling leaves, deep in thought. Or so I thought.

“You know, Rooster…” I was all ears. “I haven’t thought about it in years, but… looking at this gorgeous fall scene, God’s gift, nature’s wonder… I remember… the pyramids…” He trailed off. I still hadn’t said a word. He turned to me. “What do you think they kept in there?” I honestly didn’t know what he was talking about, but I answered honestly, thinking on my claws. “…Grain?” I was hungry, since it was lunchtime. “They look like grain silos to me.” Dr. Carson’s beady eyes widened and he looked at me like the messiah. “My God… it’s beautiful… tombs, no… grain…” He went back looking out the window, and dismissed me with a wave of his hand. As if I needed any more convincing after meeting Monica, I told her the story and she looked at me like a cuckoo. Now, we’re both privately enjoying the once-great Doctor using my spitball answer on the campaign trail. May success lead to many roads of excess for Ben Carson.