Nothing will get better. 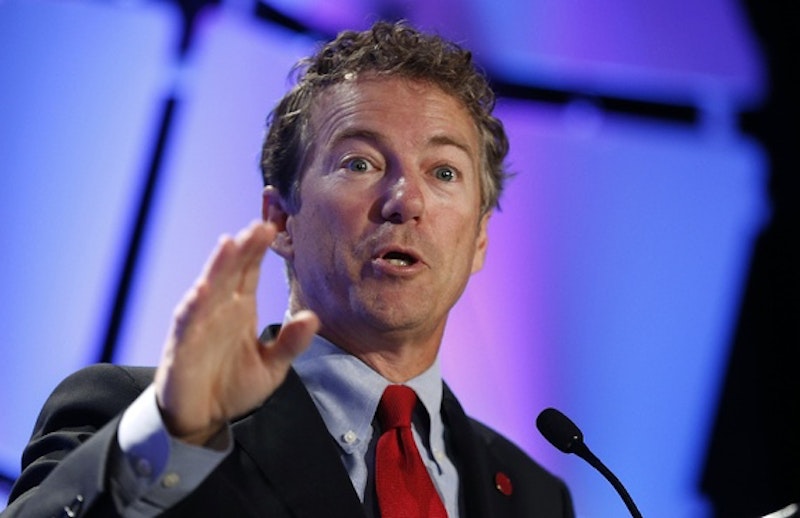 It’s becoming difficult to imagine any likely scenario under which something good happens when the presidential election is held exactly twelve months from now. Twelve grim reminders:

—In all likelihood, we will by then have seen the current leading Democrat (Clinton) and current leading Republican candidate (Carson for the moment) revealed as delusional chronic fabulists—one by FBI investigators, the other perhaps by old school chums or simply by people who know he has no basis for asserting that the biblical Joseph built the pyramids as grain silos.

—And their supporters won’t care. And we will descend another rung.

—The neoconservative-vs.-libertarian squabbling will only increase as it becomes clearer that both factions are irrelevant before the much greater power of mindless populism. (Right after 9/11, the two groups started a fight that for some of us, who had thought the whole free-market coalition a fairly happy family, was a bit like having a previously unnoticed geographic fault line open right between our feet. But then, it almost seems as though every stupid political spat works that way now, keeping sane people off-balance at all times until they exit the political field, exhausted.)

—If you don’t believe that bluster now “trumps” (so to speak) philosophy, watch the disturbing spectacle of Bill O’Reilly besting George Will. I haven’t seen a bully trounce a nerd like that since junior high. There will be no real winners here.

—One of the more articulate and inspiring recent formulations of the conservative/libertarian-sounding case for Western civilization can be found in this essay, but, alas, its writer is believed to have been killed fighting against ISIS (h/t Abe Greenwald).

—Far be it from me to tell the Rand Paul campaign, on which may hang the fate of human freedom, how to do its job, but a friend of mine donated to the campaign months ago and has since received exactly one e-mail update.

—By contrast, my liberal friends complain that they receive daily e-mails from the Obama campaign and he isn’t even running anymore.

—I’m also nervous for any candidate whose consultants start claiming, as some of Paul’s have, that he may not need to win those quirky early primaries. Whose strategy was it to pooh-pooh those in 2008? Oh, yes: Rudy Giuliani (the anti-Paul, ironically). You may have forgotten. Indeed, you may’ve forgotten Giuliani ran for president at all—a reminder how quickly it can all fade away.

—And even if there’s a Rand Paul comeback, that evil bastard saboteur Jamie Kirchick is probably just waiting for the uptick before writing his zillionth article reminding everyone Rand’s dad Ron Paul had associates who were racist militia men or whatever. Kirchick may have that piece on auto-post already, timed to go up one day prior to the New Hampshire primary. (It’ll be one more chance to get some attention and boost more bloodthirsty candidates by making the dovish ones sound like freaks—fate of freedom and the republic be damned.)

—It’s a sad thing, too, that I find myself turning my attention to Ted Cruz as a more popular libertarian-ish option—wondering if he might have the right mix of hawkishness, religiosity, capitalism, border enforcement, and Latino ancestry to cobble the coalition back together—when, let’s face it, it’s not as if his 11 percent in current GOP polls sets the world on fire to a much greater extent than Rand Paul’s four percent.

—My ultimate fallback plan, of course, remains potential Libertarian candidate Gary Johnson. So you understand the depths of my hopelessness.

—But you never know. This year should teach us that all the steady, confident predictions are fragile, phony things. Donald Trump, the main piñata for anti-racists these days, really is very popular with blacks, as was Ron Paul. If that doesn’t fit easily into your preferred political narrative, maybe you ought to shut up for the next 12 months. The soothing silence would be at least one positive development.