Who knew that the basic fireplace was on the hit-list of the nanny state? 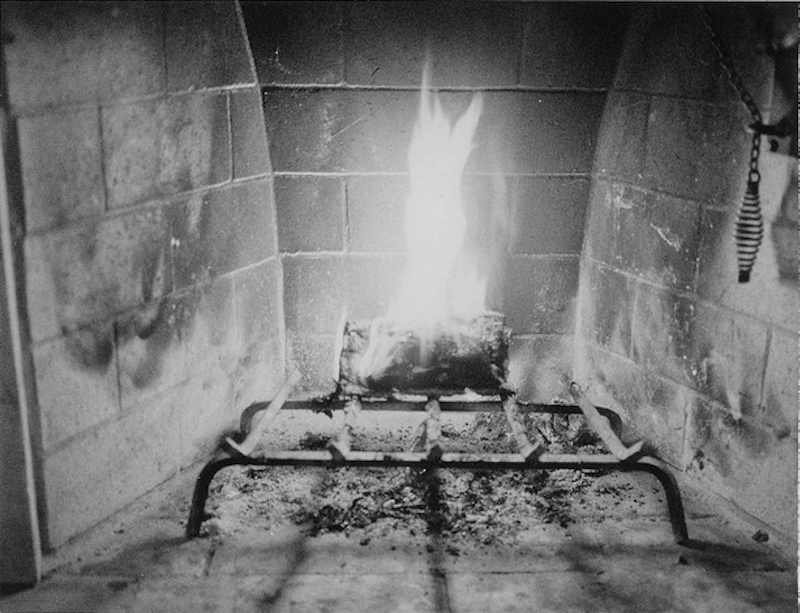 Like many people who read newspaper or magazine articles longer than 200 words, I get ticked off when a headline is misleading, tricking me into wasting a couple of minutes. Such was the case on Jan. 20 when, upon seeing “The Love Affair With the Fireplace Cools,” in the “Home & Garden” section of The New York Times, my interest was immediately piqued if only because just that week I’d been thinking about why I never use any of the six fireplaces in our Baltimore home. I made it to Christina S. N. Lewis’ fourth paragraph: “Hard as it may be to believe, the fireplace—long considered a trophy, particularly in a city like New York—is acquiring a social stigma. Among those who aspire to be environmentally responsible, it is joining the ranks of bottled water and big houses.”

I almost choked on my plastic tube of Deer Park water. The prevailing list of “stigmas” is now longer than the IRS tax code or a Senate bill that’s rarely read by anyone but a few Congressional aides, but that fireplaces are now consigned to a purgatory that includes fur coats, veal, Huckleberry Finn, cigarettes, double cheeseburgers and inexpensive light bulbs was a new one on me. I won’t take the bait and muse about the excesses of the “environmentally responsible”—that’s the ultimate losing battle since even a minor deviation from the gospel of the ecologically pure is heretical, and my head hurts enough from day-to-day travesties in this modern world without getting heckled as a “climate change denier.” Which I’m not, by the way, even if I think President Obama has at least 15 more pressing issues to make his own head hurt rather than tying up his agenda for nine months preaching that the planet will be uninhabitable a century from now.

My family’s “big” three-story house, has a lot of quirks, some amusing, others not at all, which isn’t surprising for a structure that was built in 1928. For example, there’s a light fixture next to the second floor linen closet that can’t be traced to any outlet or circuit breaker—even the electricians are baffled—and so it’s necessary to manually screw the bulb on or off. I get a chuckle out of that. Not so swell is the uneven distribution of the “central” heating: flick the thermostat and the bedrooms get toasty, while the sunroom, where I watch sports events or movies at night, is freezing. And this is where my own affection for fireplaces has waned: they’re not efficient, require constant poking of logs even after the tedious set-up chore is completed, and afterwards (even if you’re not paranoid about going to sleep while some embers are still flickering) the mess left from a dozen once-blazing logs is not inconsiderable. I get a big, fat carbon footprint on my socks after cleaning up, dragging soot around, which gets me in Dutch with my wife.

And, as I refuse to go the electric fireplace route, the only other option—unless I crank the heat up to 80 degrees, which is ideal by my standards, but that’s one vote out of four in the home—is to double up on sweaters. If it weren’t for my younger son tapping away at his iPad to prove me wrong on an arcane baseball statistic, I’d swear it was 1911 in a drafty London flat when the stiff upper lip prevailed, even in very uncomfortable circumstances.

As a kid, we had a fireplace in the playroom of our now environmentally approved “small” house—extraordinarily cramped for seven people—and on occasion my dad would collect logs from the nearby woods and we’d have a roaring fire that really was grand, in the tradition of Dickens or Norman Rockwell, depending on your mood. Some of my first memories emanate from that playroom: when I was four or five, my dad decided to quit smoking cold turkey, and with his five sons present, chain-smoked a pack of Camels until he was thoroughly nauseous. He never puffed again. A few years later, while sitting in a chair waiting for him to give me a crew cut, a hornet buzzed down the chimney and stung me on the neck. It was a powerful hurt and no amount of baking soda helped. As it happens, I was later stung by yellow jackets and bumble bees over 100 times as a youth and was never much bothered by it. The hornet rules. And on occasion, my four brothers and I, none blessed with even passable singing voices, would perform for our parents, belting out a song like Del Shannon’s “Runaway” from the playroom as they sat with their martinis upstairs.

Most people over the age of 45 probably recall one of the most common admonitions of childhood: “Don’t play with matches!” I didn’t get into trouble very often, but one night—and this is truly inexplicable—while my parents were watching Gunsmoke in their bedroom, I wriggled underneath the bed and lit match after match, until getting upbraided for such a dumb experiment. Could be I was a mini-pyro, for in 1965, my diversion of melting candles in the playroom fireplace really landed me in hot water. On the night of Nov. 9 that year, there was a power blackout in the northeast, which left everyone in our house fumbling around in the dark. My mother, with a flickering flashlight, looked in vain for the stash of candles, and yours truly was Suspect Number One. I fessed up, but in this case honesty was hardly a virtue, since the infraction caused a serious inconvenience. I don’t remember what the punishment was—probably confinement in my bedroom for a few days after school—but I felt like a real dumbo and was razzed unmercifully by my brothers for weeks after the incident.

Anyway, returning to the land of environmental bliss, the Times article concludes with an anecdote concerning Sue Duncan, a 52-year-old living in Austin, TX. “Even the greenest of the green,” Lewis writes, “sometimes throw caution to the wind when it comes to wood fires. [Duncan] uses native drought-tolerant plants in her landscaping work and hasn’t thrown out an aluminum can since 1974, she said. She has installed a programmable thermostat and fluorescent lighting in her 1600-square-foot house and has a rainwater collection system out back. But somehow, she still hasn’t gotten around to retrofitting her fireplace. Every time she builds a fire, it causes ‘inner conflict,’ she said. ‘It’s a guilty pleasure.’”

Yikes. I chuck aluminum cans in the garbage—this morning, in fact—but at least I don’t degrade the English language by using a phrase like “guilty pleasure.” As for fireplaces, I have zero “inner conflict” about the morality of building a fire indoors, but, as explained above, I don’t, simply because it’s a real pain in the ass.