After his recent Tuscon speech, many are praising Obama again for something he's had all along. 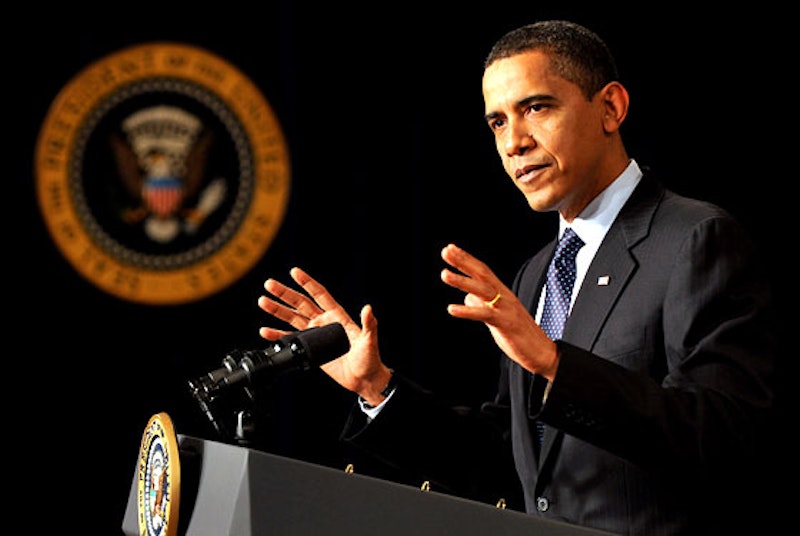 There’s been a lot of talk during the past week about President Obama’s re-emergence as the man people thought they voted for in 2008 but vanished during his first two years in office. But the truth is, the man who delivered that powerful speech last week about the Tucson tragedy is the same as he ever was. And in my view, that’s positive. All that seems to have changed is that more Americans are starting to realize who their president is and what he stands for—civilized, non-combative discourse and common sense, forward-looking centrist policies.

For many Americans, Obama’s presidency has been confusing, terrifying, or disappointing. Some pundits, such as Frank Rich, have likened it to the movie Inception and labeled it a wasteland of inconsistency, cowardice and communication breakdowns. Those on the right consider Obama’s presidency the end of America and the beginning of tyranny. Many on the left consider Obama a traitor who has betrayed the progressive movement and succumbed to corporate pressure.

But I have always seen something else in our president. And I think in the aftermath of the Tucson speech many Americans are starting to see the same thing. Obama stands for a unique brand of politics. It’s characterized by calm rationality, a calculated refusal to “fight back” with attack politics (his understandable but counterproductive comments about Fox News notwithstanding) and a forward-looking commitment to pursuing practical centrist policies.

Whether it’s his mature decision to abandon the quixotic quest for a public option and instead employ the conservative concept of mandatory high-risk insurance pools to reform the health care system, prohibiting the foul practice of denying insurance to people with pre-existing conditions; or his settling for an insufficient but still effective stimulus package, which consisted largely of tax cuts but also pumped much needed money into infrastructure, research and development in science and medicine, education, and local and state governments facing huge debt problems; or his commitment to both ending the Iraq war and escalating operations in Afghanistan, Pakistan and other hotbeds of global Jihad, it is clear that Obama has governed as the centrist, level-headed intellectual who wrote The Audacity of Hope.

And yet it was only two months ago that many were criticizing him for not fighting and remaining composed in the face of his party’s “shellacking.” Some dismissed his persona as too cerebral and timid. Others were astonished by his seemingly masochistic tendency to blame himself for his failures rather than emphasize the Republican sabotage scheme that dominated the airwaves. Now, however, many Americans perceive that same serene and introspective attitude in a positive light. He has responded to the tragedy in the same spirit with which he handled the midterm debacle by maintaining his composure, avoiding partisan finger pointing and focusing on the future.

And that’s why the Tucson massacre has proved such a positive transformation for Democrats and a significant setback for the right. Democrats, and Obama in particular, have not needed to recalibrate their political strategy. The President’s speech may have sounded more poetic than his other addresses to the nation, but its tone and substance were entirely consistent with his general approach. Instead of engaging in partisan bickering like Sarah Palin, he stuck to the issue at hand and used his intellectual and oratory gifts to dramatize the tragedy and lead the country with a positive message. The President’s call to forge the kind of democracy that Christina Green imagined, his Messianic-sounding revelation that Gabby “opened her eyes,” and his emotional eulogies for the fallen smacked of his greatest speeches. Some have dared to rank it with Lincoln.

The Republicans, on the other hand, have had to navigate the unwieldy need to backtrack before a national audience and simultaneously feed the flames of the Tea Party. As one would expect, this has not worked so far. Palin implicitly acknowledged criticism by removing the infamous crosshairs map in reaction to the country’s newfound civilized trajectory. But she’s also had to cater to conservative diehards, hence the “blood libel” comment. And the loudest message to emerge from the right is that there’s no evidence that hate speech drove Jared Loughner to commit murder.

It is not unreasonable to surmise that this is how the Tea Party will be received by America if and when the unemployment rate returns to acceptable levels. The Tea Party has flourished largely because of the atmosphere of fear and anger brought about by an epic recession, but under less heated circumstances it does not resonate with the average person. Obama’s brand of politics, on the other hand, remains true to the man America fell in love with in 2008.