Environment and Tragedy: From Katrina to Tucson 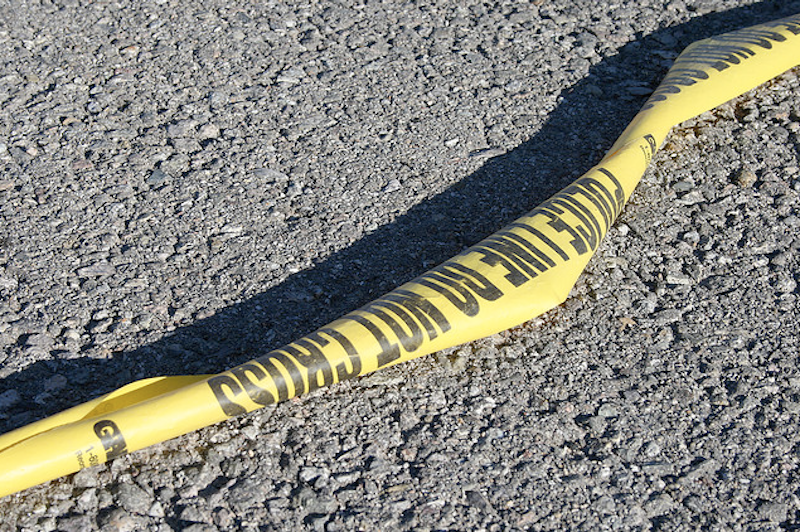 The debate over the Tucson massacre smacks of another we had a few years ago. When Hurricane Katrina struck New Orleans many argued that it was caused by climate change; if we had not pumped obscene quantities of greenhouse gases into the atmosphere the tragedy could have been avoided. Claims based on identical logic about the Tucson shooting are inescapable: if not for the pervasive anti-government hate speech and pathetically lenient gun laws this never would have occurred. Both arguments are based on circumstantial evidence but reveal crucial insight into the relationship between environment and tragedy. Our actions and speech have consequences.

We cannot prove that climate change caused Katrina. The science behind the connection between global warming and hurricanes remains unsettled, according to the American Meteorological Society. We know there has been a greater volume of unusually intense storms in recent decades, but the extent to which anthropogenic activity has contributed and will continue to impact conditions is a matter of dispute.

Nevertheless, climate change certainly played a significant role in Katrina’s formation. It was initially a category three storm, but upon entering the Gulf it morphed into a category five monster in only nine hours—the unusually warm waters of the Loop Current filled it with extra heat and energy, crushing cities with 175 mph winds and flooding 80 percent of New Orleans.

We cannot conclusively establish that Katrina never would have struck New Orleans if not for global warming. Such an assertion is rash because there always have been and always will be devastating hurricanes, with or without excess CO2. But it’s important that we view Katrina as a product of climate change because we know that as the earth’s atmosphere heats up extreme weather becomes more common due to increased precipitation and warmer oceans. Accordingly, if we prevent temperatures from rising by reducing greenhouse gases there is a better chance that we can limit the frequency of monster storms. It therefore helps to perceive Katrina as a cautionary episode that should spur us to combat climate change.

Similar logic can be applied to the Tucson massacre debate. Many attribute Jared Loughner’s rampage to violent anti-government rhetoric and extremely lax gun laws. Once again, the connection between environment and tragedy is clear but only in a corollary sense, not a causal one. We cannot demonstrate that political propaganda drove the man to commit murder (though this apparently was the case in the comparatively little discussed 2009 Pittsburgh police shooting). Nor can we prove that lack of gun control caused the tragedy.

Such claims are wrong because it’s impossible to determine whether the killings would have occurred if Fox News, conservative talk radio and 9/11 conspiracy mongers had never existed. Surely, there always has been and always will be heated political discourse and assassination attempts. In addition, strict gun control rules provide no guarantee that the tragedy would have been avoided. Perhaps Loughner might have obtained a gun from an illegal source.

But when we analyze Loughner’s comments and consider his heinous actions in the context of American culture, it becomes obvious that the tragedy is largely an outcome of anti-government hate speech and absurdly irresponsible gun regulation. In his infamous video about why Pima College is a “scam” and center for “genocide,” he constantly rails about how America’s currency is illegitimate, one of Glenn Beck’s favorite talking points, and that everyone is conspiring to deny him his Constitutional rights, particularly free speech, a most cherished refrain of the Tea Party. It wouldn’t be correct to argue that he learned all this from conservative propaganda because there’s no evidence that he watched Fox or listened to talk radio. In addition, historically, both the left and the right tend to accuse the government of violating the Constitution when their party is not in power.

But during the last two years the loudest anti-government rhetoric, particularly in relation to our currency and Constitution, has been trumpeted by conspiracy-minded conservative demagogues. And in a broader sense, Loughner is the product of a culture in which it has become fashionable to de-legitimize government. Remember, he grew up in the generation that made it cool to accuse Bush of orchestrating 9/11. During the past 10 years, both sides have regularly labeled the government a Nazi regime bent on oppressing the opposition. All these paranoid fantasies have made it easy for people to assume the worst about authority and lend justification to pursuing violence as the only option for combating a rogue superpower. Even if Loughner is indeed an “apolitical” psychopath, he derived his ideas from somewhere, and at least on a subconscious level widespread disdain for politicians has influenced him. After all, this was a political assassination, even if it may not have been guided by any partisan ideology.

As for gun control, stronger regulation might not have prevented the rampage, but it is our responsibility to do all we can to reduce the chances that someone like Loughner can get his hands on an assault weapon. At a minimum, we should all agree that government must enforce laws designed to prevent people who are mentally unstable from obtaining firearms. And in general, nobody needs outsized magazine clips for self-defense. A handful of bullets should be enough to deter attackers.

Although many detest the idea of “politicizing” tragedies, it would be foolish not to do so in this case. The lessons are obvious, even if they may be based on circumstantial evidence. Our environment plays a key role in creating tragedy. Just as we need to reduce greenhouse gases to decrease the chances of another Katrina, we must remove baseless apocalyptic anti-government conspiracy theories from the discourse and enact common sense gun control laws to limit the likelihood of another Loughner causing havoc.