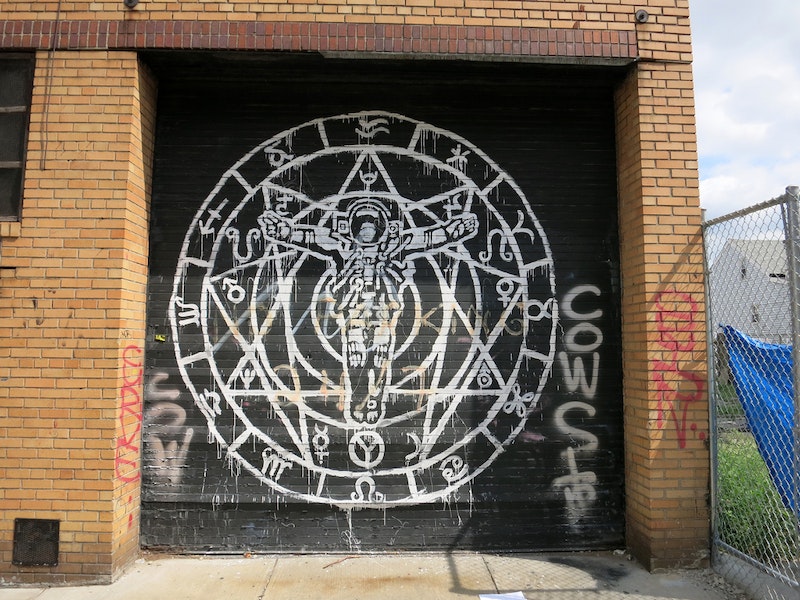 I’ve criticized aspects of the “trans” political movement, but this week is no time to kick the queer community while it’s down.

Let me note instead that when I launched my eponymous blog nearly 10 years ago, its statement of principles included the hope that we’d all live to see “a world of highly intelligent, anarchist-atheist yet property-respecting and moralistic, pro-American cyborgs (likely of multiple subspecies and possibly diversely transgendered) who are immortal, have an appreciation for high art, show an almost Amish respect for certain elements of tradition, and are kind to animals.”

That hope may best explain why I so often sound like I’m having trouble taking the usual left and right checklists of views seriously. They don’t quite capture the full range of human possibilities—and neither does the latest jumble of LGBTetcetc letters, nor the latest edict about which new set of pronouns we’re all supposed to use for the androgynous if we want to avoid being called fascists. Ultimately, I want an infinitude of free individuals and think the way station of creating combative new tribes is just another waste of time along the road. There’s a reason that many Americans find the endless proliferation of “trans” categories an annoying demand on their attention but almost never complained about Prince or Bowie. They were individuals, doing their own thing, not demanding the rest of us change to accommodate them.

I’m not hoping to drag people back to the 1950s or the 19th century (let alone the world of pre-Roman household patriarchs) but rather to see us all quickly move “beyond trans to transhumanism,” that is, to the world of high-tech unlimited personal transformation and infinite choice. Some gay marriage advocates insisted that novel formula be written into law but scoffed at the idea of legalizing polygamous marriage, whereas I’m keen to avoid “just so far and no further” thinking in lawmaking when complete freedom would actually be a simpler formula and one less likely to cause fights.

Luckily, in the wake of the Orlando massacre (and the purely coincidental Christina Grimmie slaying nearby and thwarted L.A. Pride attack?), virtually no one of moral consequence seems to be delighted that event occurred, which is progress. They’re merely bickering insanely now about how to prevent such things from happening again—with Charles Cooke of National Review noting, for instance, that Judd Legum of the Center for American Progress falsely claims these mass shootings don’t happen in countries with strong gun control laws, meaning the attack on the Bataclan in Paris has gone “down the memory hole,” as Cooke puts it, mere months after it happened.

The jihadists must regard it as a great strategic two-fer that no matter what horrible things they do, half of America will respond by blaming Christians and the Republican Party. Pay no mind to things like that imam in Orlando who called for murdering gays earlier this year or the Taliban sympathies of the Orlando shooter’s dad—and the shooter’s phone call to cops expressing allegiance to ISIS.

Paying no mind in this way has become a completely gratuitous and illiberal article of faith for many on the left, it seems. They’re even beating up on Clinton now just for mentioning that the shooter was a radical Muslim (she didn’t mention him being a Democrat as well). I noticed a sometime HuffingtonPost contributor online blaming the GOP’s anti-gay attitudes for the Orlando attack almost as soon as it happened. The left will not take kindly to people who remind them this narrative doesn’t fit anymore. It sounds as if the would-be L.A. attacker may have been gay himself, but no matter. PC, which was the art of talking a certain way about reality, begot SJW, which is the art of not perceiving reality at all.

A decade or so ago, possessed of more open eyes, I’d already foreseen that the real long-term battle might be one between the jihadists and the transhumanists, or as I put it in a conversation with a fellow libertarian who, more left-leaning than me, probably thought I sounded like a right-wing nut: it would be wise to weed the jihadists out of the cultural gene pool before it comes time to program the cyborgs. I don’t want jihadists building the cyborgs.

This worry does not, however, mean that I should sign off on whatever dumb, heavy-handed plan Western warmongers come up with next. After all, not only does war produce warriors, who may well start future wars, war is also usually a government project, and government cannot be trusted. Even as half the Internet screams that government should be doing more to control guns and the other half screams for more government to exert greater control over immigration, you should keep in mind that government already played a major role in the life of the Orlando shooter—basically by employing him. He worked for a closely state-allied international private security firm—the largest, in fact—and it had been spending a lot of its time recently picking up illegals at the border and then depositing them with minimal supervision farther inside the U.S.

I really don’t want to turn into a conspiracy theorist, but I’m more than happy to see government (and allied elite corporations) through the lens of “gross negligence theory,” and there comes a point where the negligence is so great it might as well be a conscious plan to destroy us all. (Of course, I also think much the same thing sometimes when I see the direction the military would like to nudge artificial intelligence research, which puts a slight Luddite damper on my cyborg transhumanist hopes.)

It’s not just Homeland Security or the CIA acting as if they’re on the side of the enemy that keeps me preferring anarchist solutions. It’s also things like the German government partnering with Facebook to censor posts about Muslim migrant crimes in the EU (while the EU lasts, which should be about one more week). It’s things like Facebook nixing Pam Geller posts critical of Islam. It’s things like Reddit deleting criticisms of Islam in posts about Orlando.

I think we’re living through the end of the once-semi-reasonable liberal interest in protecting minorities from majorities (though most liberals think this is still what their movement is up to). Now, it’s becoming just “Get those Christians, whites, capitalists, and straight people!” It’s time for revenge and chauvinism, not equity, and there are elements of the elite and the government who, I fear, don’t care if people die in the process—who may even relish the opportunity the chaos will afford to settle old cultural scores and institute new authoritarian regulations, regardless of the cultural rationale. These are the sorts of fanatics who would insist that gay men be allowed to donate blood even if it caused a greatly heightened risk of AIDS transmission (which is, after all, what the blood ban was meant to avoid). Their noble causes are a higher priority than human survival, they imagine.

But luckily survival is still a very popular cause in many minds—straight, gay, secular, religious, and one day cyborg. That puts a limit on how delusional we can get. It also puts a limit on the pettiness of the things over which we’re willing to fight and kill. Here’s hoping the Tomorrowland in which we will soon live is so full of marvels that the dimly-remembered jihadists will seem like something from the Stone Age. The future will probably look far more like Orlando on a good day than Orlando on its worst.