The socialist democrat is an argument for markets. 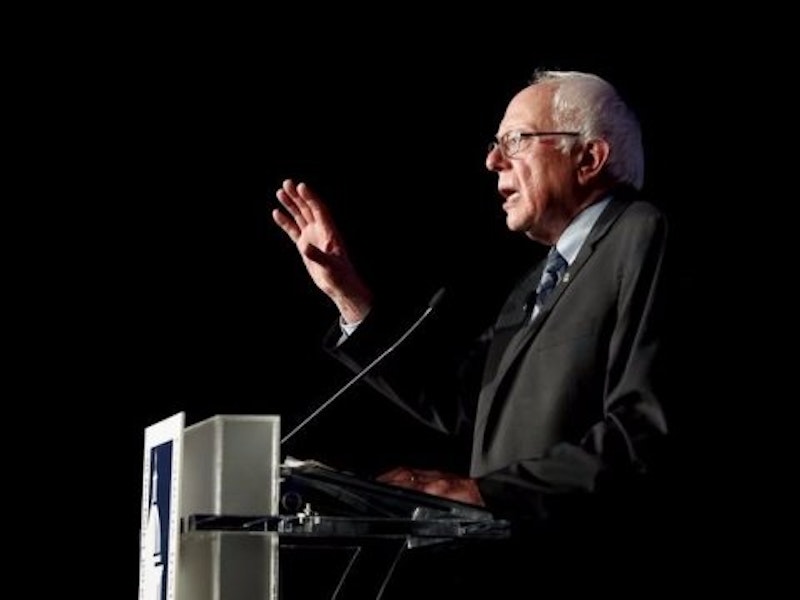 Bernie Sanders is a socialist, but his campaign is one big reminder that markets are more fair than democratic governance.

In the marketplace, if a quarter of the population wanted something—cars, fries, monster movies—they’d usually get it, assuming it could be cheaply produced. In the idiotic system called government, it doesn’t matter how hard the Bernie fans burn, it’s moot if they’re outnumbered by the fans of another product, namely Hillary Clinton.

And how awful it would be if all of life worked that way, as is the wish of most socialists or social democrats or democratic socialists or whatever the hell you want to call them. Collective decision-making, by definition, does not give individuals what they want. You agitate, you argue, you fight, you beat up Trump supporters, you beat up each other—and then you lose and you lump it and you weep, wondering what went so horribly, horribly wrong with the ostensibly beautiful thing that is politics.

Furthermore, Sanders fared comparatively well in caucuses as opposed to primaries precisely because caucus participation requires far more effort—showing up, hanging around, possibly raising one’s hand or something—than just voting in a primary does, not that either is exactly proof of readiness for becoming a rocket scientist. Sanders fared well in caucuses because each of his supporters tends to care far more intensely, on average, than a Clinton supporter does. And you know what? Politics doesn’t much care about that either!

In the market, if an individual wants something more, he pays more, and producers constantly take notice of that signal. In democratic politics, you can be the most passionate and well-read activist on your block, but it doesn’t matter—you get one vote, the next guy gets one vote, even if he’s literally schizophrenic, developmentally disabled, and a Nazi. This is the system you love, social democrat!

And no matter how sophisticated you think your arguments on various political and economic matters, the masses are likely to be swayed by stupid claims such as that anyone who calls Hillary “Hillary” is doing so out of sexism (avoiding her more formal last name, though she gets that from her husband). Yet no one thinks “Jeb” or “W” were called those things as insults. It was plainly to distinguish each of them from their relatives. And no one seems to freak out when Sanders is affectionately called Bernie, either.

Well, one more perfectly logical point that won’t matter one bit when the drooling masses head to the polls to show they’re ready for Hillary. Or Trump. Or my pals the Libertarians. But not Bernie, thanks to the Democratic primary process. Unless maybe Hillary gets indicted. Ah, democracy!