Money Is Thicker Than Blood 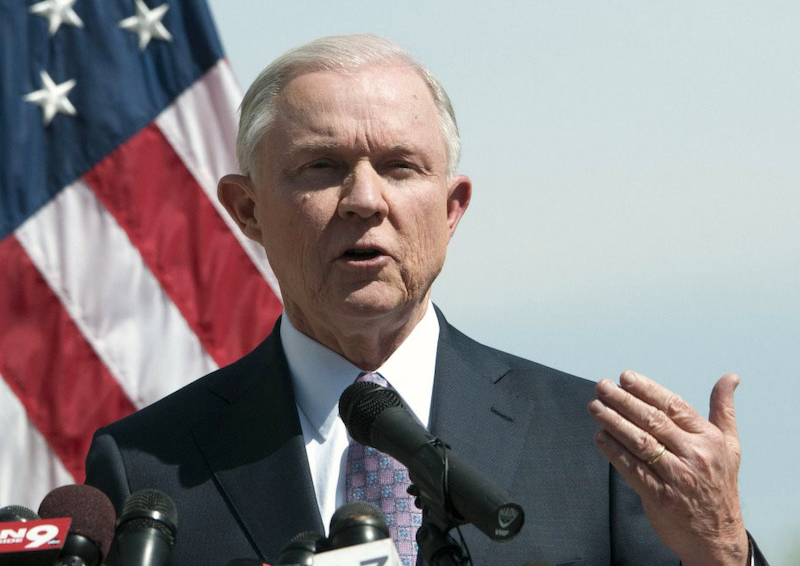 After his ill-considered speech to Customs and Border Protection agents in Nogales, Arizona, Attorney General Jeff Sessions looks as dirty as they come. And in this era of scorched-earth partisan politics, artless graft, and self-serving chicanery, that's saying something. No one in the media is thinking very critically about why Sessions is so vehemently fixated on leveraging the full force of the Justice Department against undocumented immigrants. But given his February 21 "Private Prisons" memo, they should be.

It's a given that many diehard conservatives have grown to despise the President, who is shaping up to be the most loathed chief executive in American history. One of the few points of consensus in our otherwise fractious and polarized politics is that the Trump Administration lacks the knowledge, insight, and professional capacity necessary to govern the country effectively. The question, "What did he know and when did he know it?" has become meaningless, given the abundance of scandals and potential crimes already at issue. And Sessions is revealing himself as a man of parts in which every part is corrupt.

Sessions is Trump's guy through and through. And we know the President is hell-bent on anti-immigration policies that are the sort of dog-whistle racism designed to please the alt-right. But there's more to this. It's not enough to simply conclude that Trump and his cronies are mustering whatever approval they can by means of thinly-veiled animosity towards brown people. Maybe greed is so stupidly obvious that we've missed it in search of more intelligent motives. But we should remember whom we're dealing with.

Read enough political news and you begin to wonder whether your IQ is falling or your mind is playing tricks on you. Has your capacity for pattern recognition gone haywire from all-Trump-all-the-time or are certain troubling conclusions just waiting to be drawn? Sometimes, I suspect it's the former. But today, after reading the transcript of Sessions' speech at the Mexican border, I know it's the latter. According to The Daily Beast, even veteran federal prosecutors feel shocked at the DOJ's new "transportation or harboring of aliens" policy, calling it "fucking horrifying." In the Attorney General's concept of justice, "if you’re illegal and you bring your family over, then you’re harboring your kid and your wife, and you can go to jail.”

We've heard this tune before. In March, Texas senator Bryan Hughes proposed a bill that would "relax the standards for giving child care licenses to family detention centers" so that immigrant children and their mothers could be locked up for an indefinite length of time. This drew an immense amount of criticism as being inhumane and morally repugnant. It also raised the question as to whether private prison contractors would be enriched as a result. To his (very slight) credit, Homeland Security Secretary John Kelly briskly walked the idea back before the Senate Homeland Security and Governmental Affairs Committee on April 5th, declaring that family separations would only take place if children were clearly at risk.

But Sessions, whose Nogales speech originally contained the line, "It is here, on this sliver of land, where we first take our stand against this filth," doesn't seem inclined to walk back a single thing. He's all-in for Trump and a major proponent of the President's ethno-nationalist siege mentality. Incidentally, "filth" happens to be a favorite Nazi propaganda term which, in the context of the speech, could have been interpreted as referring to either the traffickers of immigrants or the immigrants themselves. Such a line, coming from Sessions, surprises no one. What's surprising is that cooler heads prevailed at the last minute and he left the word out of his delivery.

Moreover, just as Hughes generated controversy about potential abuse of a public office for private gain, the Attorney General may be headed in the same direction. In "Private Prisons: Here's Why Sessions' Memo Matters," NBC's John Schuppe notes that "Private prisons mostly benefit two publicly traded companies… both generous contributors to President Trump, [which] run the majority of the [Bureau of Prisons'] contracted prisons, as well as dozens of other facilities used to detain immigrants who are in the country illegally." So now we know. In the end, this isn't primarily about political ideology. It's not about serving one's master or ethno-nationalist tribalism, or even disregarding blood ties that may put whole families at risk of imprisonment. It's about money, pure and simple.