Clintons: Stay in the Woods

A Hillary Clinton advertorial from The New York Times. 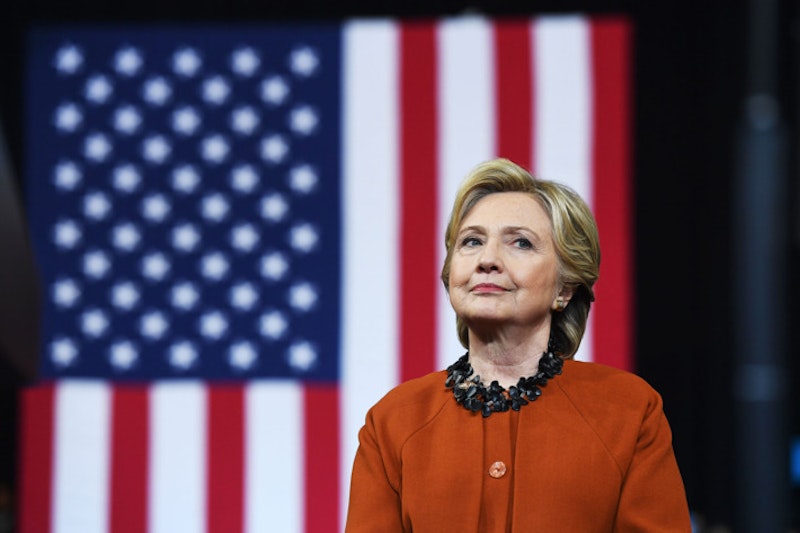 The New York Times may not be a “failing” organization, but it continues to peddle in advertorials and slobbering blowjobs whenever the mood strikes. Most of the blame can be laid on their overpaid columnists, all long in the tooth and comically out of touch: Thomas Friedman, Paul Krugman, Gail Collins, David Brooks, and Nicholas Kristof, the subject of today’s denouncement. If Hillary had a dick to suck, Kristof’s knees would be ripped raw. This piece is just embarrassing, totally shameless: “Hillary Clinton, Free to Speak Her Mind.” I thought agreed she’s not allowed to come out of the woods for the foreseeable future?

Don’t get me wrong, I voted for her (reluctantly—seven months earlier, I voted for Bernie Sanders in the Maryland primary, and my girlfriend and I seethed when our state was called for Clinton the minute that the polls closed), and yes watching Trump win that night in November was a harrowing experience. I wish we were living under another milquetoast centrist Democrat: safe, boring, and predictable. I don’t have the innate hatred and distrust of Hillary Clinton that many others do going back to her introduction to the American public in early 1992. I was psyched to vote for the first female American president, even though she would’ve hit Syria, too—Kristof also appended this gem at the bottom of his column: “I think Donald Trump made the right call with his missile strike on Syria. Read more on my blog.”

Kristof is of the same species that quotes Leonard Cohen at the sight of Tomahawk missiles. The rockets’ red glare is beautiful and exciting for pundits and cable news anchors: they believe in the myth of American exceptionalism more than school children. They like war. They put on grim, grave poker faces when tragic events occur, even though it’s obvious that they’re thrilled by breaking news. The pundit class has only a handful of smart, open-minded people—the rest are feckless scum, overpaid and out of touch with so much of the world they attempt to write and talk about every day. More of the same from the other side: “The commander who launched Tomahawks at Syria is a woman. Here's her story.”

But back to Kristof. The column is based on a humblebrag that he got Clinton’s first post-election interview, and it reads like a breathless press release about an indie rock band on their fourth record experimenting with keyboards and computers. Softballs about memes, why she thinks she lost (“Certainly misogyny played a role… That just has to be admitted.”) More meat: “We talked about lots of issues, including Syria—she advocated attacking Syrian air strips; hours later, President Trump did just that—and she was ready to fire a few salvos of her own.” Do tell! I’m excited, because nothing can top “I don’t feel no ways tired.”

Kristof continues: “As a candidate, both in 2008 and in 2016, Clinton was careful not to push too hard on feminist buttons for fear of antagonizing men—which, given the results, was a reasonable concern.” Oh, please! Clinton was uncharismatic, old, sick, and only narrowly lost by a matter of a few hundred thousand votes in Wisconsin, Pennsylvania, and Michigan. No one in centrist media like The New York Times (don’t kid yourself—there’s no true left representation anywhere in the mainstream media) is eager to learn the lesson of the election that Clinton should never come within five miles of any Democratic headquarters or establishment. Stay in the woods, get some exercise (finally she can walk!). But please don’t die early; I couldn’t deal with your canonization. I voted for you and I’m still pissed.