Moderate Republicans Are Back. Maybe. 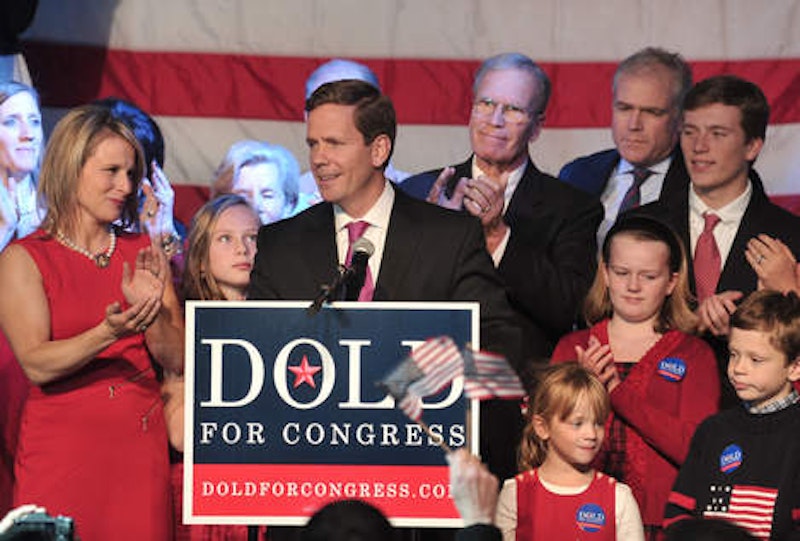 Moderate Republicans may be headed for a comeback in the midterm elections.

This modest shift toward the center, and away from GOP orthodoxy, is taking place in Chicago’s leafy North Shore suburbs. Former Rep. Bob Dold is in a tight rematch against the Democratic congressman who beat him in 2012, Brad Schneider. During his single 2011-2013 House term, Dold was decidedly at odds with the right-leaning GOP leadership. The pest-control company owner had eked out a win in the Evanston-area, Democratic-leaning district, which came open when Republican Mark Kirk was elected to the Senate.

Dold, 45, dissented from Republican leaders on issues such as the environment, education and gun control. Even 20 years ago this wasn’t out of the ordinary among House Republicans. While conservatives have long been ascendant in the GOP—going back at least to Barry Goldwater’s 1964 presidential campaign—a thriving moderate wing held at least some influence.

“Wary of excessive government, they were nonetheless reconciled to its expansion under Franklin D. Roosevelt and were mainly concerned with keeping it lean and solvent,” Timothy Noah wrote in The New York Times in January 2012, reviewing Geoffrey Kabaservice’s Rule and Ruin: The Downfall of Moderation and the Destruction of the Republican Party: From Eisenhower to the Tea Party. “Republican moderates remained a powerful, even dominant, political force well into the 1970s.”

But the polarized nature of American politics today makes it difficult for relative moderates like Dold to survive—as he found out in 2012. His centrist stances on many issues weren’t enough to stave off Schneider, a business consultant and first-time candidate, in the 2012 campaign. Schneider won 51-49 percent.

That slim margin clearly gave Dold reason to believe his brand of centrist Republicanism could sell. And he may be right. Dold is running just behind Schneider, 46-44 percent, according to a WeAskAmerica poll completed at the end of September.

Still, if Dold makes it back to the halls of Congress in 2015, he’ll be a fairly lonely voice. The center of gravity among House Republicans is with the conservatives. And a libertarian-leaning rump group of Ron Paul acolytes are usual dissenters, not so much the moderates.

Republicans, who already control 233 of the House's 435 seats, are widely expected to see a net gain of five to 10 more seats as the result of balloting in November. But the small centrist group there now may be getting some reinforcements. Another first-term Republican lawmaker ousted in 2012, former Rep. Frank Guinta of New Hampshire, is competitive in his comeback bid against Democratic Congresswoman Carol Shea-Porter.

That’s hardly a majority for centrists. But after conservative dominance of recent decades, it’s a place to start.

—David Mark is the author, with Chuck McCutcheon, of Dog Whistles, Walk-Backs and Washington Handshakes: Decoding the Jargon, Slang and Bluster of American Political Speech. He is a former Politico senior editor. Follow him on Twitter: @DavidMarkDC.