The Maryland governor says, why not the presidency? 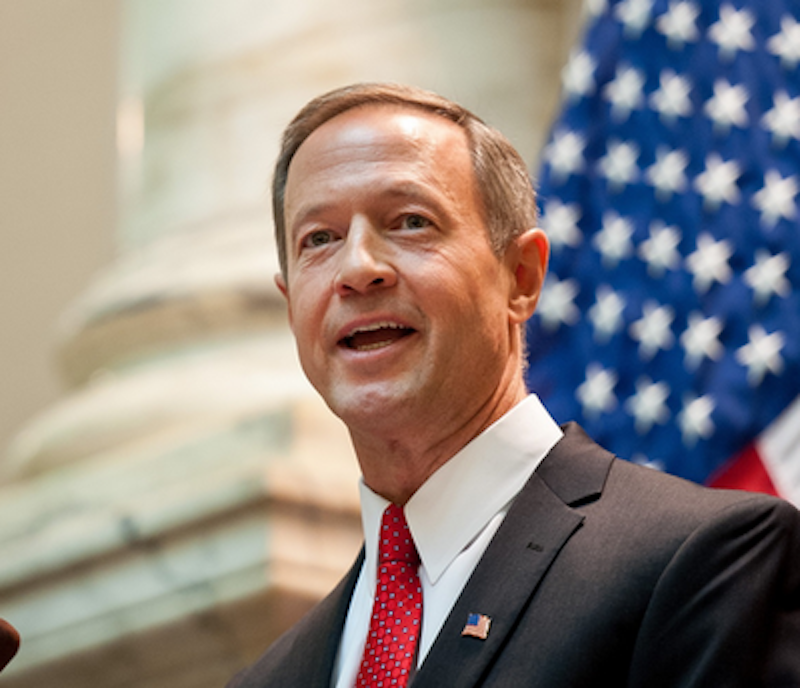 Politicians are a resilient breed. They have to handle rejection or they wouldn’t be in business very long. The first rule is don’t take it personally. The second rule is don’t wallow, move on. In an ego-bruising business, many of them find solace and equilibrium on the campaign trail, far from home.

So with polls in hand and presidential politics on his mind, Gov. Martin O’Malley (D) pushes ahead, undeterred, to unlikely places such as Iowa, New Hampshire, the Carolinas, anywhere there is a steak to fry or a hand to shake, knowing that the very same people who twice elected him governor of Maryland now sneer at his presidential odyssey.

Only three percent of O’Malley’s home folks say they would like him to be the next Democratic nominee, ranking a tie with Sen. Bernie Sanders, of Vermont, but a point ahead of Gov. Andrew Cuomo of New York. And only 14 percent say he would make a good president, according to a Washington Post poll. A Baltimore Sun poll was more generous. A rollicking 14 percent said they would vote to send O’Malley to the White House. On that tentative note he toddles on.

The Post poll registers Hillary Clinton’s Maryland support at 63 percent. Clinton also has in reserve the potential backing of nearly all of the state’s Democratic oligarchs who have—and there’s no irony here—worked closely with O’Malley during his past eight years as governor, including his hand-picked understudy and heir apparent, Lt. Gov. Anthony Brown.

O’Malley is nothing if not a smart politician. He says his decision to run has nothing to do with a potential Clinton candidacy and that he’ll make up his mind around departure time from the State House, sometime in January. And you can bet when that time arrives he won’t be heading back to his old job as an assistant state’s attorney.

O’Malley really has nothing to lose. He’ll be jobless in little more than three months and others are footing the bill for his travels and other national political activities. Over the years he’s built up a Rolodex of contacts through governors’ conferences, political conventions and mainly through two terms as chairman of the Democratic Governors’ Association and after that as its principal fundraiser and campaign bankroller.

He has dispensed hundreds of thousands of dollars to candidates for governor in other states as well as Congress through the DGA and his PAC, O’Say Can You See. O’Malley’s also building a swatch of IOUs by dispatching PAC-paid political staffers to work on campaigns in other states.

For if Clinton decides not to run, O’Malley has as good a shot as anyone in the Democrat line-up. Once the party gets past Clinton, the bench is woefully thin compared to the Republicans—Vice President Joe Biden, Sen. Elizabeth Warren of Massachusetts and the be-smudged Cuomo. (Cuomo has been under fire for meddling with an anti-corruption commission.)

Begin with the base. The Democratic Party has tilted decidedly leftward: and O’Malley is one of the nation’s young governors who helped to tug the party to the left on social issues such as same-sex marriage, a tough gun control law, Maryland’s version of the Dream Act and elimination of the death penalty.

O’Malley has the bona fides to match the times, even moreso than Clinton who seems so 1990s in her attitudes and her willingness to catch up with the breathless pace of change and the evolving demographics of the party as it enlists new waves of immigrants. Not to short-change her gilt-edged resume, Clinton’s hash marks include Watergate prosecutor, first lady of Arkansas and of the U.S., U.S. Senator from New York and secretary of state. Much of that is between book covers under her byline.

Other than Clinton, the closest anyone on the short list of prospective candidates comes to matching O’Malley’s progressive stripes is Warren, a certified populist whose credentials are more in the area of finance and consumer protection than on the broad social issues that O’Malley has dealt with. If 2016 is the year of the woman, Warren, a Harvard law professor, fits the casting call better than Clinton, in the view of liberals.

Another point worth noting is the distrust and the disgust with Washington-centric politics. While Washington insiders grab much of the media attention, governors are back in their states balancing budgets, attending to the needs of their constituents and making certain that the test tubes of democracy, as they like to call the states, are functioning.

Four of the last six presidents have been governors—Jimmy Carter, Ronald Reagan, Bill Clinton and George W. Bush—and two of them followed presidents who were members of the Washington establishment. Carter followed Richard M. Nixon and his chosen successor, Gerald Ford, and Clinton followed George H. W. Bush. Obama ran for president directly from the U.S. Senate, the first to make the leap since John F. Kennedy in 1960, and the post-Obama era may be crisis-made for a governor to ascend to the White House.

It’s the skills that governors bring to the job that make the White House a more efficient operation. Governors, by the job’s nature, are administrators and managers. The best of them surround themselves with a complimentary team of creative thinkers and pragmatic doers who administer to the everyday needs of people.

Also critical in today’s eye-oriented politics is the geographic good fortune of Maryland being a next-door neighbor to Washington, the media capital of the world, and O’Malley’s easy on-call, camera-ready accessibility as a guest-expert on the great maw of cable news.

O’Malley, like him or not, and it’s obvious from the polls there are many in Maryland who don’t, fits the job description as well as anyone among the available Democratic cast of characters. He’s a two-term governor with a solid list of accomplishments and who has run, as far as we know, a clean administration with no scandals in eight years.

He is a two-term mayor of Baltimore who has won every election with as much as 90 percent of the black vote. And before that he was a City Council member who built his reputation, now under question, as a crimebuster. And he’s only 51. (Just don’t believe all of that baloney about City-stat and State-stat, O’Malley’s computerized system of accountability, which is little more than a bureaucrat’s version of junk science.)

So the question most frequently asked about O’Malley’s candidacy is: What’s he really angling for? Vice President? Attorney general? A cabinet appointment? A set-up for 2020 or 2024? A television gig? A book deal? Hey, aim high. How about the presidency itself? Maryland hasn’t produced a president since John Hanson held the office for a year in 1781 under the Articles of Confederation.