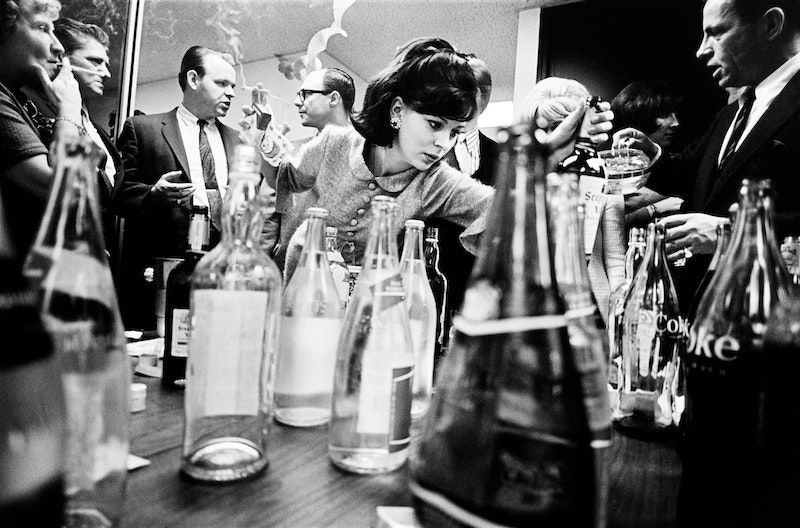 Several weeks ago Peggy Noonan’s Wall Street Journal column was an unambiguous lament that “office culture” has largely disappeared from America, even now that most Covid fear has dissipated. I rarely get sidetracked in the “comments” section of newspaper stories—few surprises, appalling grammatical errors and an amateurish use of obscenity—but did notice on Twitter that the columnist was derided for living in the past. Maybe that’s so—Boomers and Gen-Xers, like previous generations, do tend to remember, whether correctly or not, a time in their lives when the world didn’t seem as fucked up (including myself)—but her main points strike me as accurate. Noonan, echoing frequent news stories, writes about the nearly-barren office buildings in major cities and smaller towns, despite the entreaties from CEOs and lesser-bosses to entice their employees to eschew the Zoom/work-from-home phenomenon that was cemented in 2020 but had already begun in the 2010s.

She writes: “My mind goes first to the young. People starting out need offices to learn a profession, to make friends, meet colleagues, find romantic partners and mates. The #MeToo movement did a lot to damage mentoring—senior employees no longer wanted to take the chance—but the end of office life would pretty much do away with it… The end of office life will contribute to polarization. Receding from office life will become another way of self-segregating. People will be exposed to less and, in their downtime, will burrow into their sites, their groups, their online angers. Their group-driven information and facts.”

This isn’t ground-breaking—the pros and cons of working “remotely” is regularly debated—but it’s at the least a reminder that the once-bustling centers of commerce and information are in trouble.

Noonan’s opinion is informed by her own long, successful professional career, as a speechwriter for Ronald Reagan, prolific author and work at the Journal. She worked in offices, hashed around ideas, “took meetings” and lunched with publishers in Manhattan, and, I imagine, palled around at evening social functions with not only like-minded individuals, but people with opposite political views. It wasn’t really, as Noonan wrote for George H.W. Bush in 1988, “a kinder, gentler nation,” but the angry dogma that’s now produced at the safety of home from “experts” (it’s no longer remarkable on social media that when there’s a downturn in the financial markets (but never a rise) or jazzy legal uproar, how many instant financial wizards or lawyers emerge from their kitchen nooks), is still relatively new.

And, in my own experience, running two weekly newspapers for 25 years, Noonan’s memory of office life is accurate. I can’t count the number of romantic liaisons, marriages, long-lasting friendships (or feuds), large gatherings at local bars after six p.m., Christmas parties, and public break-ups that occurred simply because employees had to show up every day. If they didn’t, absent a legitimate excuse, they were let go. (As for Noonan’s #MeToo comment, it wasn’t a “movement” yet in the 1990s, but I recall having to fire a couple of men for their behavior; one dropped trou to taunt a female advertising representative; another disparaged a colleague because “she was an old hag,” and other instances of boorish behavior that warranted a warning. As an employer there was no upside: ugly behavior can’t be tolerated, even if that leads to the dismissal of productive workers. And who took the brunt of the inevitable lawsuits? The company.)

On the other hand, I also tried to help people plagued by substance abuse problems, sending them to rehab for a month, salary intact, because that’s what employers with a conscience did. Today, with people working from home (in every industry), it’s easier to hide debilitating addictions and therefore receive no help. And while camaraderie wasn’t unanimous, it was a competitive atmosphere, with younger writers picking the brains of the more-experienced, and those that were driven to succeed in the newspaper business—and not just taking a job for the sake of a paycheck—were able to do that. New York Press was a stepping-stone for many; I remember a young woman screwing up her courage to tell me she was leaving the paper; she cried, saying she couldn’t pass up the offer from a cash-cow magazine that promised $1000 per column rather than the $200 she received from me. I was happy for her, told her so, and the departure was a good one.

Like Noonan and so many others I admire (or detest), my prime professional years have dwindled, and the offices of Splice Today in Baltimore are sparse; just my son Nicky and me, and very occasionally a visitor, such as ST mainstay Crispin Sartwell two weeks ago, which was a lot fun. Crispin often writes about politics, but we gave that topic a minute or two and then gabbed about family, music and film.

There was an American Greatness article on August 13 by conservative Roger Kimball that, had I worked in a busy office, would’ve caused discussion. Because today’s media is Trump Trump Trump (amped up by the Mar-a-Lago raid) that’s what Kimball wrote about, and it was just as annoying as all the NeverTrump essays, and despite a few good turns of phrase (Kimball describes David Brooks as The New York Times’ “housebroken faux-conservative”), it was hard to get past the hypocrisy. It’s not that I disagree with Kimball that Attorney General Merrick Garland, at least until he secures an indictment, looks foolish for all the grandiosity, or that that it was a gift to the former president. But unlike Kimball, I have zero interest in Trump returning to office, and agree with the Journal’s Daniel Henninger that, “Trump II would be a four-year civil war… American politics needs new, stable leadership.”

Kimball, who edits the valuable New Criterion (although, in honesty, I’ve let my subscription lapse after decades; I read James Bowman’s media column online), got under my skin because he pretended to be a representative of “flyover country,” and the millions of Americans, in all regions, who desire Trump’s return. Taking a cue from—who else?—C.S. Lewis, Kimball wrote: “[Trump’s revival] is obviously a concern among the beautiful, well-pressed people with white collars and clean fingernails who hate Trump.” Kimball, a Bennington and Yale-educated man, who wears bow-ties and undoubtedly has “clean fingernails” is simply on the opposite side from those he can’t stand at the Times, Washington Post and liberal cable TV shows, not to mention former conservatives like Bill Kristol and Max Boot. To pretend otherwise—at least in this long article—in my mind negates some of the smart points he makes.